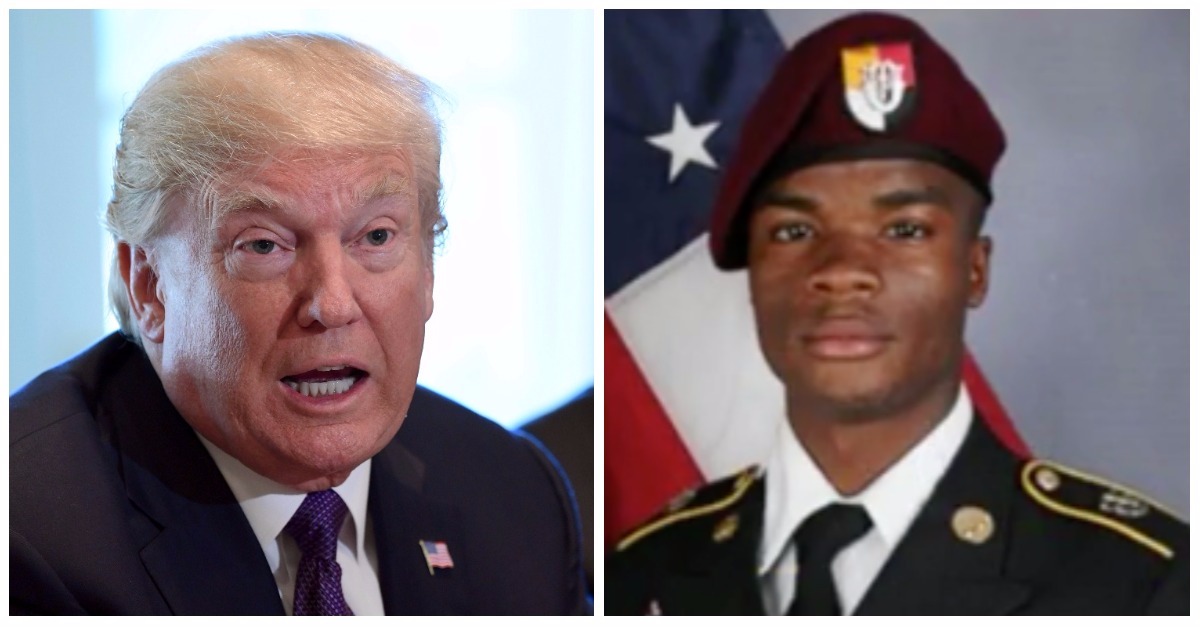 Sgt. La David Johnson’s mother has reportedly spoken about the phone call her grieving daughter-in-law received from President Donald Trump and claimed that the president disrespected her family.

Cowanda Jones-Johnson said that she was present during the phone call and said “President Trump did disrespect my son and my daughter and also me and my husband,” The Washington Post reported. She did not elaborate.

Jones-Johnson was asked for comment after Florida Democrat Rep. Frederica Wilson went public and claimed the president added to his condolence call that Sgt. Johnson “knew what he signed up for.”

Wilson said that she was present when Myeshia Johnson, Sgt. Johnson’s widow, received a phone call from President Trump, offering his condolences for her husband’s death. Wilson claimed that Trump said Sgt. Johnson “knew what he signed up for” twice and added that “when it happens, it hurts anyway.”

The phone call was reportedly heard over speaker phone in a limousine.

.@RepWilson, who rode w/ Sgt. Johnson's widow, said she heard part of call w/ Pres. Trump; "He must've known what he signed up for" @NBC6 pic.twitter.com/Rep6ERrQEb

RELATED:Trump allegedly tells widow of Green Beret: “He knew what he signed up for”

Heartbreaking video and photos have emerged showing Sgt. Johnson’s widow, who is pregnant with the couple’s third child, embracing her husband’s casket.

The widow of Sgt. La David Johnson hugs the casket carrying his remains. He was among 4 killed in #Niger Heartbreaking – God Bless her. pic.twitter.com/6GxLOh0iiJ

“Democrat Congresswoman totally fabricated what I said to the wife of a soldier who died in action (and I have proof). Sad!” Trump tweeted.

Democrat Congresswoman totally fabricated what I said to the wife of a soldier who died in action (and I have proof). Sad!

Rep. Wilson responded that she was standing by her story.

I stand my account of the call with @realDonaldTrump and was not the only one who heard and was dismayed by his insensitive remarks.