A sleeping child is like a ticking time bomb. Their cry in the middle of the night is like waiting for the next shell to drop while you’re sitting terrified in your foxhole. Begging God for just a few minutes of peace. They can smell your desperation. They feast on your exhaustion. To wake them is to doom yourself to a sleepless night.

So, then, it makes perfect sense that Fair Lawn, New Jersey mother Lauren Chamides would do everything in her power, and go full Catherine Zeta-Jones, to avoid waking up her 5-year-old son Hayden. In this case, that means sneaking around in his room to step on only the floorboards that don’t creak. Thankfully for those of us who don’t feel like doing much work today, the entire effort was caught on the family’s baby monitor.

Unfortunately, that effort was all for naught. The kid woke up five minutes later, because he probably heard one of the neighbors sneeze. Or, maybe there was a light gust of wind outside, or he simply sensed that his parents were getting a little too well-rested.

Lauren’s husband, Chad Chamides, watched the entire thing unfold on the family’s nanny cam and was, of course, wildly amused the entire time. (Maybe it was his laughter that woke the kid up.) He also sent the video to the couple’s other family members, who died laughing at the night-vision footage of Lauren tiptoeing her way through the world’s lowest-stakes minefield. According to Chad and Lauren, this is practically a nightly occurrence because their son is (of course) an incredibly light sleeper. If he wakes up the entire process of putting him to bed has to start all over again, and there are only so many Goddamn times you can read Goodnight Moon. 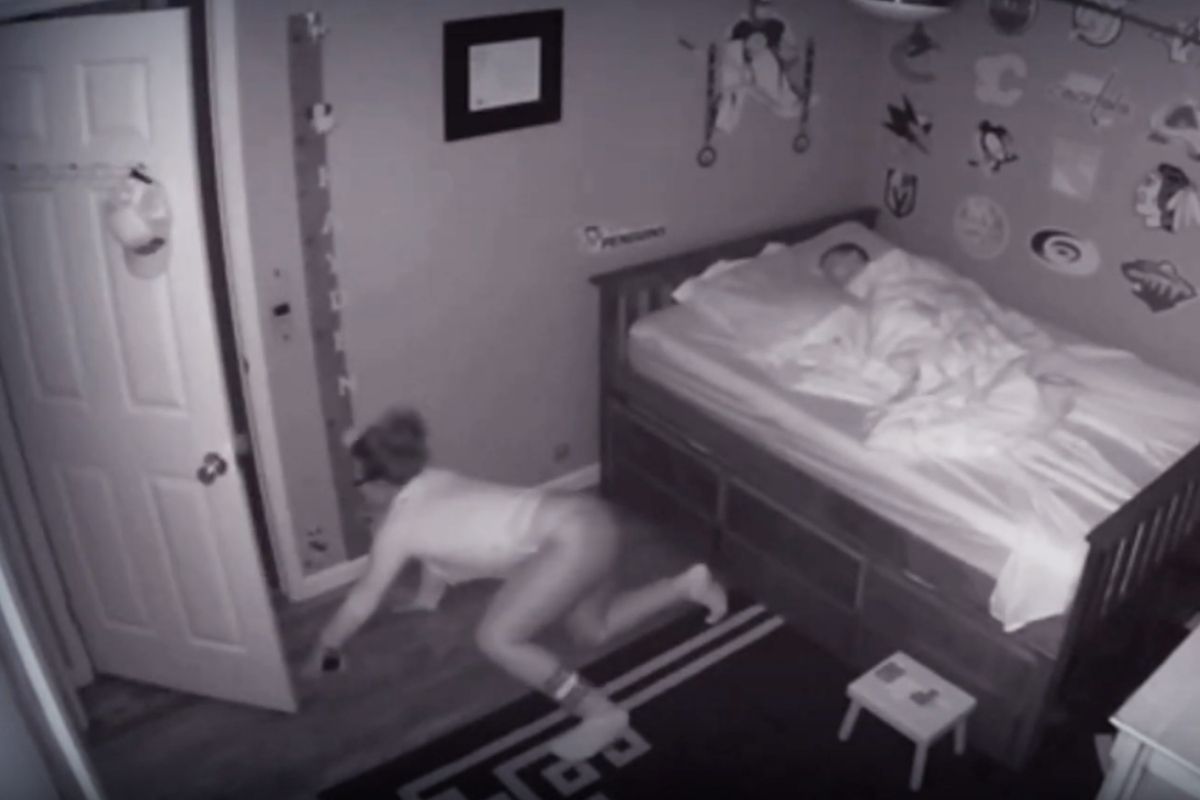