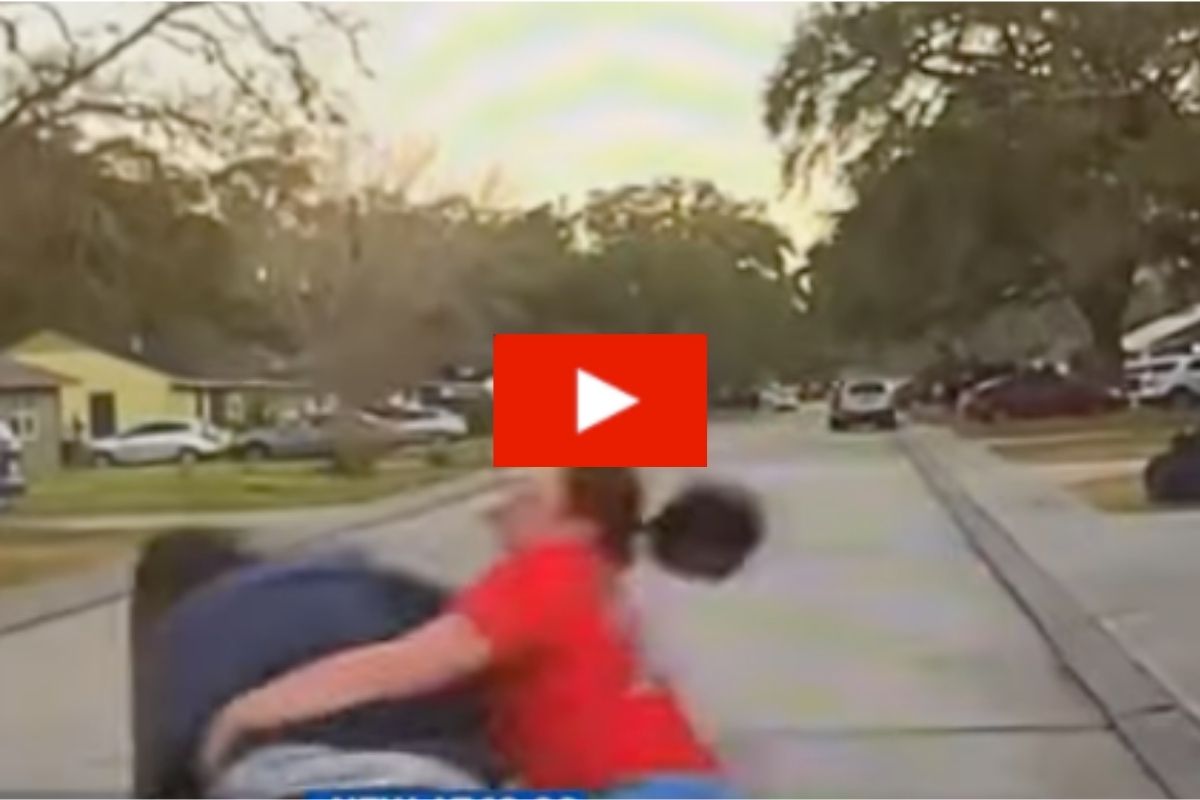 Well how is this for your morning news. A Houston police officer told this mother that he “heard the Texans are looking for a new linebacker,” and although probably joking, after this video, he’s probably on to something. Phyllis Pena caught a peeping tom looking into her teenage daughter’s bedroom window, and so she did the only reasonable thing in this situation: she tackled him.

In Lake Jackson, Pena was coming from from the store around 7:00 a.m. and caught a man in her yard peering into her 15-year-old daughter’s bedroom window. Luckily her daughter wasn’t in her room at the time, but Pena wanted to make sure “he didn’t go any further.”

The man then took off, but Pena had called Lake Jackson Police Department. When they arrived, law enforcement identified 19-year-old Zane Hawkins, finding him nearby as he tried to get away. He started running away from police towards Pena and her high school daughter, but Pena wasn’t going to just move out of the way in fear.

A police dashcam video shows Pena moving in close as the man accused runs past the police car. Right as he passes her, she throws her body at him, tackling him to the ground. Her daughter moves in to help hold him down until the officers could catch up. That’s when another cop fist-bumped Pena and said, “Hey, so I heard the Texans are looking for a new linebacker.”

Hawkins was booked and now faces charges of possession of a controlled substance and evading and resisting arrest. According to Sgt. Roy Welch, more charges could be added. He said, “It’s not very often that we have somebody that actually steps in, puts themself in harm’s way to assist in apprehending somebody,” and Pena explained that their family does not know the suspect personally at all.

“My kids are my life and just making sure I protect them,” Pena told KPRC, and that’s exactly what she did. Maybe the Kansas City Chiefs needed her in this year’s NFL Super Bowl to show what a proper takedown looks like. I’m sure the suspect was not expecting to be at the bottom of this pileup.

This video is a refreshing break from everything we see on social media. The world waits for health care vaccinations to help appease the coronavirus pandemic, and even as COVID-19 vaccines roll out, politics still take over news more than we would like. With Trump’s impeachment trials regarding the Capitol riots finishing up, we all know that we could use a few laughs right now.