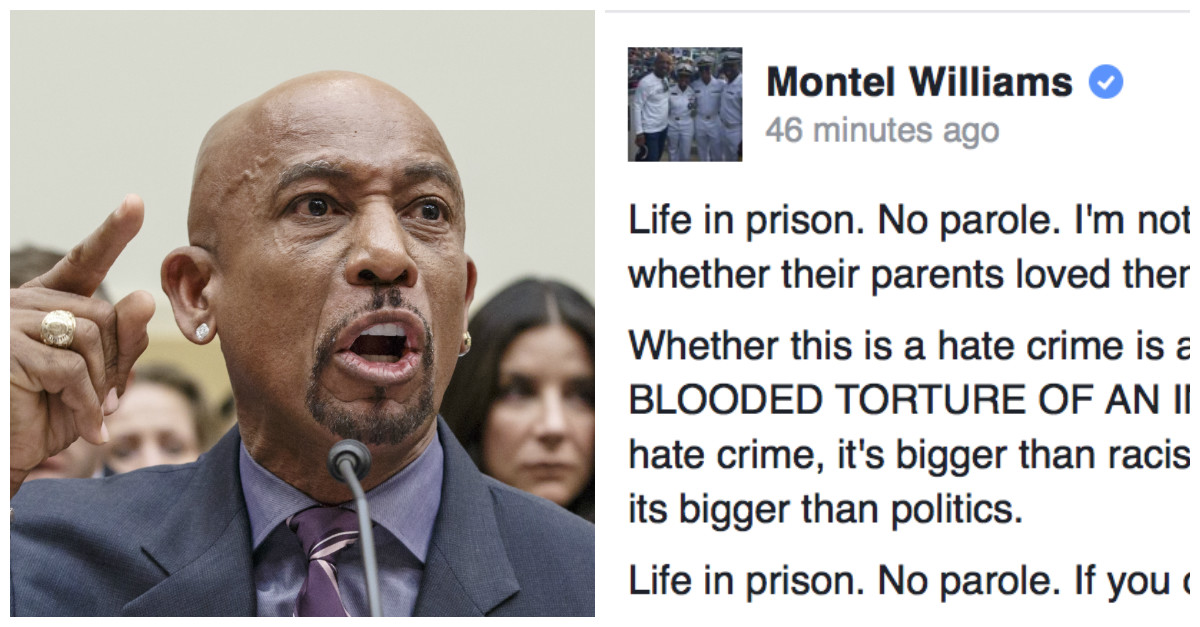 He said in all caps, “THIS IS THE COLD BLOODED TORTURE OF AN INNOCENT HUMAN BEING” and recommended life in prison without parole.

“I’m not interested in whether these kids had a tough life, whether their parents loved them enough, I don’t care,” he wrote.

Since Williams’ remarks, we’ve learned that the four arrested for their involvement in the kidnapping, unlawful restraint and battery of a mentally disabled white man have also officially been charged with a hate crime.

Chicago Police chief spokesman Anthony Guglielmi tweeted that the police presented hate crime and kidnapping charges to the State Attorney and that these charges were approved.

The victim was a classmate of one of his attackers, police say.

RELATED: Montel Williams unloads on Donald Trump for his comments about McCain

According to the Associated Press, the grandmother of one of the accused said she was confused about her granddaughter’s actions and said she is “not this person.”

“I’m so upset, my head is about to bust open,” Priscilla Covington said. “I don’t know if someone influenced her […] She had her ups and down. [She] was a good person. I’m so confused.”