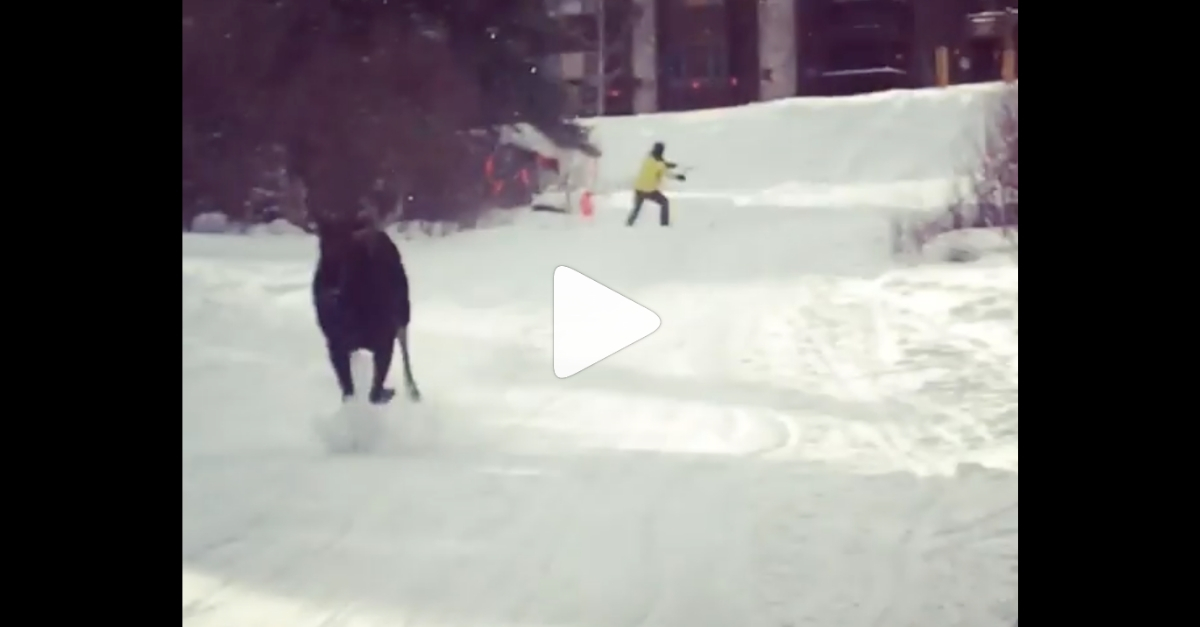 BRECKENRIDGE, Colo. (AP) ? A woman, in an effort to warn others of the dangers of moose, posted a video on social media of a moose charging skiers and snowboarders at a ski resort.

The video shows a large bull moose approach and then charge a crowd of people. There were no reports of injuries.

Getting chased by a moose was never on the bucket list, but I’ll go ahead and check that one off anyways. ✅ But on a more serious note, moose are fast, aggressive and VERY dangerous. If you come across one on the slopes, in town, or in the wild, keep your distance and respect the wildlife. #LeaveTheWildWild #Sketch #BabeGO!!! @fox88rider @breckenridgemtn . . . . . .#breck #moose #holyshit #help #faster #imgonnadie #sketch #mountainlife #wild #wildlife #breckenridge #colorado #alwaysadventure #crazy #epic

Resort CEO John Buhler recently said staff tries to prevent guests from approaching the highly territorial herbivores, which are generally peaceful but can turn aggressive when they feel threatened.

Colorado Parks and Wildlife spokesman Mike Porras says the agency has jurisdiction over moose. He says wildlife officers are the only law enforcement personnel that can decide when to tranquilize and move a moose.