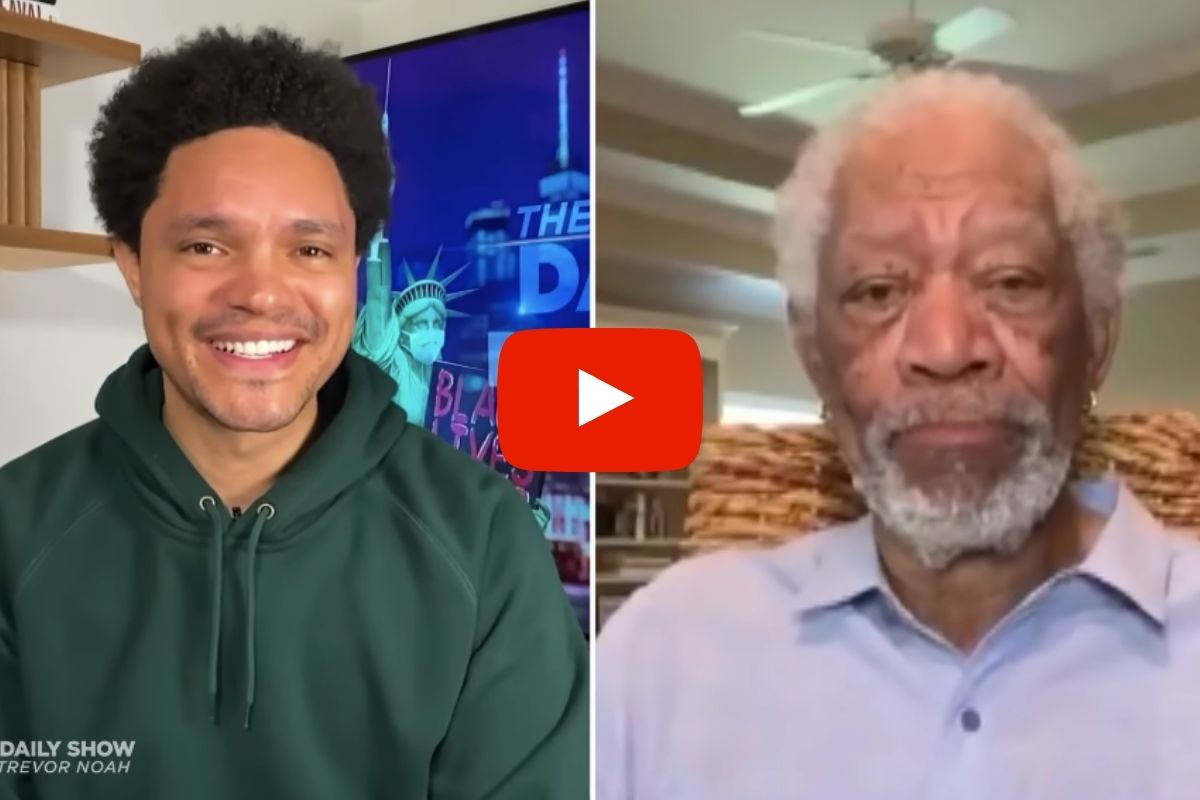 Well, well, well, nice to see that Morgan Freeman is doing well. Freeman has decided to call on everyone to “help make our world a safe place for us to enjoy ourselves again,” by getting the Covid-19 vaccine. The 83-year-old Oscar winner partnered with The Creative Coalition, which is a nonprofit arts advocacy group, for a public service announcement about getting vaccinated. His message was quite simple, saying: “If you trust me, you’ll get the vaccine.”

The Academy Award winner continued, “I’m not a doctor, but I trust science. And I’m told that, for some reason, people trust me. So here I am to say I trust science and I got the vaccine.” He stated that getting the vaccine is “called taking care of one another.” In the 45-second video that was released on Monday, the actor also noted, “In math, it’s called the distributive property. In people, it’s called taking care of one another. Get the vaccine. Help make our world a safe place for us to enjoy ourselves again. Please. This is your shot.”

Morgan Freeman – Why Everyone Should Get the COVID Vaccine

The Bruce Almighty star is the latest celebrity to advocate for the Covid-19 vaccines to help lessen the skepticism as vaccinations efforts roll out across the world, joining Mariah Carey, country singer Eric Church, and Dolly Parton. But the reaction to the vaccine PSA was mixed. Although Freeman has played God in several of his successful films and can be seen as a voice of reason, some fans didn’t think the new PSA was enough for Freeman to ask for blind loyalty.

As expected, Twitter blew up with several users weighing in on the situation. One user wrote, “I trust Morgan Freeman to be a good actor in his films. I don’t trust his medical/scientific advice. I do trust from the data that the vaccine is beneficial and I’ll get it. (Tomorrow, in fact!)” Another user tweeted, “If you won’t do it for me… If you won’t do it for your friends and family… If you won’t do it for the most vulnerable among us… will you do it because @morgan_freeman tells you to?”

By far one of the best comments that I have read on Twitter was from Twitter user @LivingSamsara, in which she tweeted, “I watched *Bruce Almighty* again this weekend because Morgan Freeman makes me believe in honesty & kindness and Jim Carey is Jim Carey The Great! So yeah, hear his #PSA; what he has to say about the #Vaccine.”

On April 6th the CDC had reported that more than 62.4 million Americans, or 18.8% of the population, had been fully vaccinated. However, vaccine hesitancy is still persistent but a The Biden Administration has announced the launch of several widespread public awareness campaigns involving 275 organizations.

Watch: Morgan Freeman Nearly Became a Fighter Pilot Instead of an Actor