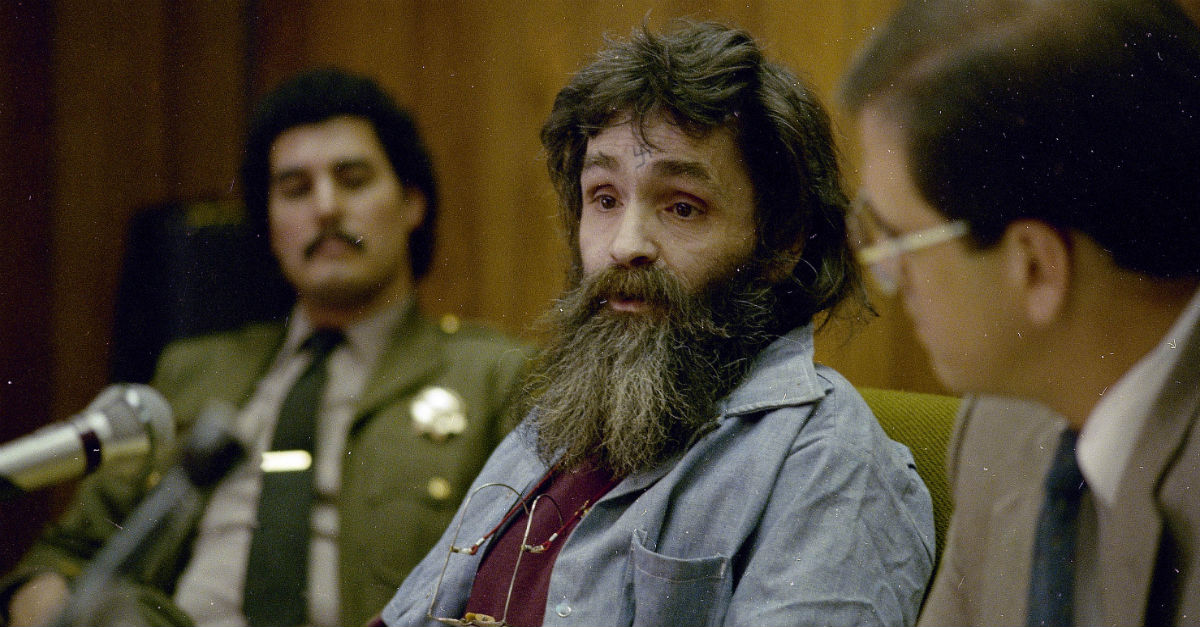 Tate told TMZ that a phone call from Corcoran State Prison in California confirmed the time and date of the death. Manson died Sunday at 8:13pm local time.

Manson, 83, was last hospitalized in January 2017 for severe intestinal bleeding; without surgery to repair a lesion causing the bleeding, Manson’s prognosis was dim. Doctors returned him to prison after deeming him too weak to perform surgery.

RELATED: Charles Manson is back in the hospital for the second time this year, and it?s ?just a matter of time? now

Manson, the leader of the “Manson family” cult, was imprisoned for his role in the Tate-LaBianca murders that shocked the nation in 1969. In two brutal killings on August 9th and 10th, followers of Manson first murdered actress Sharon Tate, who was eight months pregnant, and four other people at the home Tate shared with husband and director Roman Polanski. Victims’ blood was used to write “PIG” on the front steps of Polanski’s home.

The next day, followers of Manson butchered Leno LaBianca, a grocer from Los Feliz, and his wife in their home. “WAR” was carved into the exposed flesh of Leno LaBianca, according to TIME. Manson, concerned with the “sloppiness” of the killings the night before, took part in the LaBianca murders himself.

The killings were part of a series of nine murders that took place over five weeks in California linked to Manson?s cult. Manson ordered the killings to accelerate a coming race war that he termed “Helter Skelter,” a name taken from a Beatles song of the same name.

According to TMZ, Corcoran State Prison is individually contacting the families of the numerous victims of the Manson family murders to inform them of Manson’s death.

RELATED: The infamous Charles Manson is calling off his marriage because he’s immortal

After the murders, it took police nearly five months to track down the “family” — a group almost exclusively comprised of women who often had sexual relations with Manson. In October, a former follower of the cult leader said she joined the “family” and slept with Manson at age 14.

Manson’s cult formed a sort of commune and participated in the “hippie” movement sweeping California at that time, going so far as to paint a bus like other groups — with one exception: Manson’s bus was black. All black. Even the windows.

While he was originally sentenced to death, Manson found his sentence changed to life imprisonment once the California Supreme Court ruled the death penalty unconstitutional. He has been up for parole a dozen times but has never been approved.

Manson has continued to attract women in prison, including one woman who calls herself “Star” and claims that she is in love with the late cult leader. In 1975, a Manson devotee, Lynette “Squeaky” Fromme, was arrested and charged with an assassination attempt on President Gerald Ford.

He has two surviving children; his son Charles Manson Jr. committed suicide in 1993.