MSNBC’s Joe Scarborough has some predictable advice for Steve Bannon 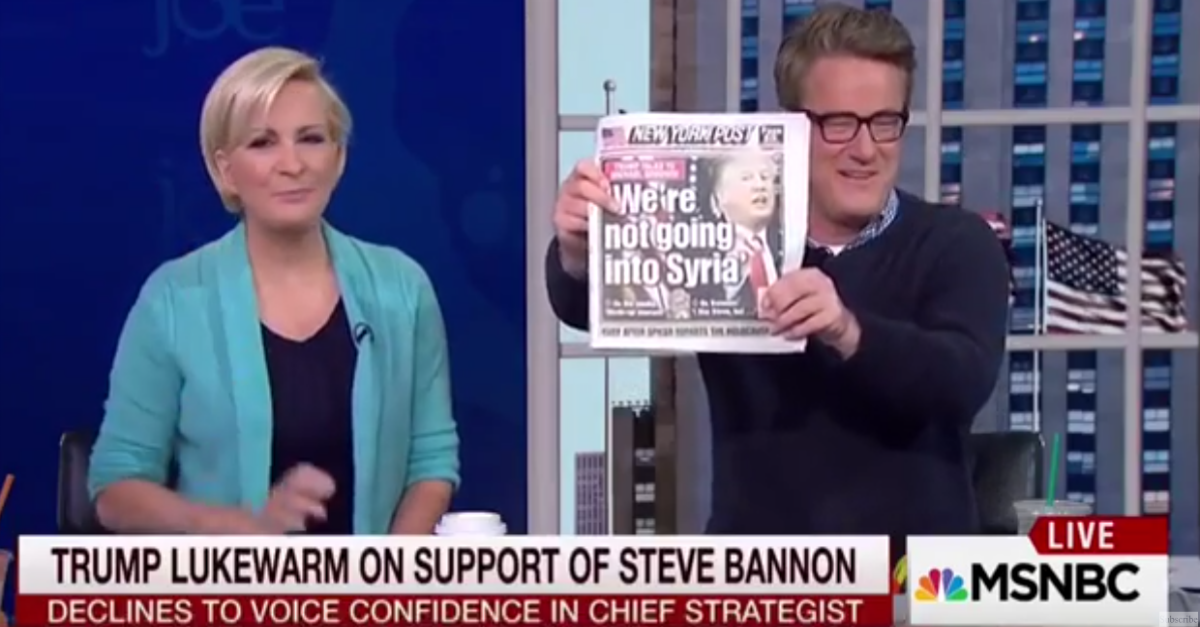 Joe Scarborough’s coverage of White House strategist Steve Bannon has been mostly critical. On Wednesday morning’s episode of “Morning Joe,” he doubled down on that rhetoric. There are rampant reports of infighting within the upper echelons of the Trump administration. The key players in the battle for the president’s ear are reportedly Trump’s son-in-law Jared Kushner, Chief of Staff Reince Priebus and Bannon.

RELATED: Joe Scarborough and Mika Brzezinski may be getting closer to confirming the relationship news fans have always hoped for

Scarborough referenced a New York Post article in which President Trump seemed to back away from supporting Bannon, saying, “I like Steve, but you have to remember he was not involved in my campaign until very late.” Trump continued, “I’m my own strategist and it wasn’t like I was going to change strategies because I was facing crooked Hillary.”

RELATED: Joe Scarborough and Steve Bannon get petty by insulting each other in embattled statements

Scarborough, who claims to have an overflowing Rolodex of DC contacts, claimed, “Yesterday I started getting phone calls that Bannon is now leaking that Jared Kushner is calling media executives to plant negative stories on Bannon.”

He continued, “That’s what got Bannon in trouble in the first place is that he’s constantly leaking…about how important he is to Donald Trump, then he started attacking Jared Kushner…somebody needs to tell him ‘just stop while you’re behind.'”