Multiple sheriff’s deputies were shot this morning while responding to a domestic incident at an apartment complex in Highland Ranch, Colorado.

UPDATE, we have multiple deputies down, no update on their status. The scene remains active and please avoid the area.

The Douglas County Sheriff’s Office responded to a domestic call early this morning at the Copper Canyon apartment complex in Highlands Ranch. As officers investigated around 5:15 AM local time, shots were fired and “multiple” deputies were downed, according to KUSA. The Douglas County Sheriff’s Office reports that five sheriff’s deputies were shot by the suspect. One of them has died. The suspect also shot two civilians, they said.

By 9:30 AM local time, the suspect was shot and is now “believed to be dead and no longer a threat,” according to Douglas County authorities.

An emergency shelter has been assembled at the East Ridge Recreation Center in Highlands Ranch. The scene is active, and local residents are urged to shelter in place and avoid windows, according to CNN.

Due to the size and cope of this investigation an emergency shelter has been set up @ East Ridge Rec Center, located at 9568 University Blvd. in Highlands Ranch. If anyone has been displaced from their homes due to this event please feel free to head there.

Two local hospitals confirmed to KUSA that they had received patients. Sky Ridge Medical Center reportedly admitted three people in non-critical condition; Littleton Adventist Hospital admitted four, but would not specify their condition at this time.

The body of the deceased Douglas County Sheriff’s deputy was led away in a procession from Littleton Adventist Hospital around 10:00am local time, according to KKTV.

Both hospitals would not otherwise confirm whether those admitted were law enforcement officers or civilians. As it unfolded, the Douglas County Sheriff’s Office told KKTV that the situation was “not looking good for us.”

Police are responding to “multiple deputies” down in an active incident in Denver suburb Highlands Ranch https://t.co/XjXkVHx8Vx pic.twitter.com/mGhHpZNx85

CNN also reports that the Denver FBI office is aware of the incident and offers its support to local law enforcement as needed. 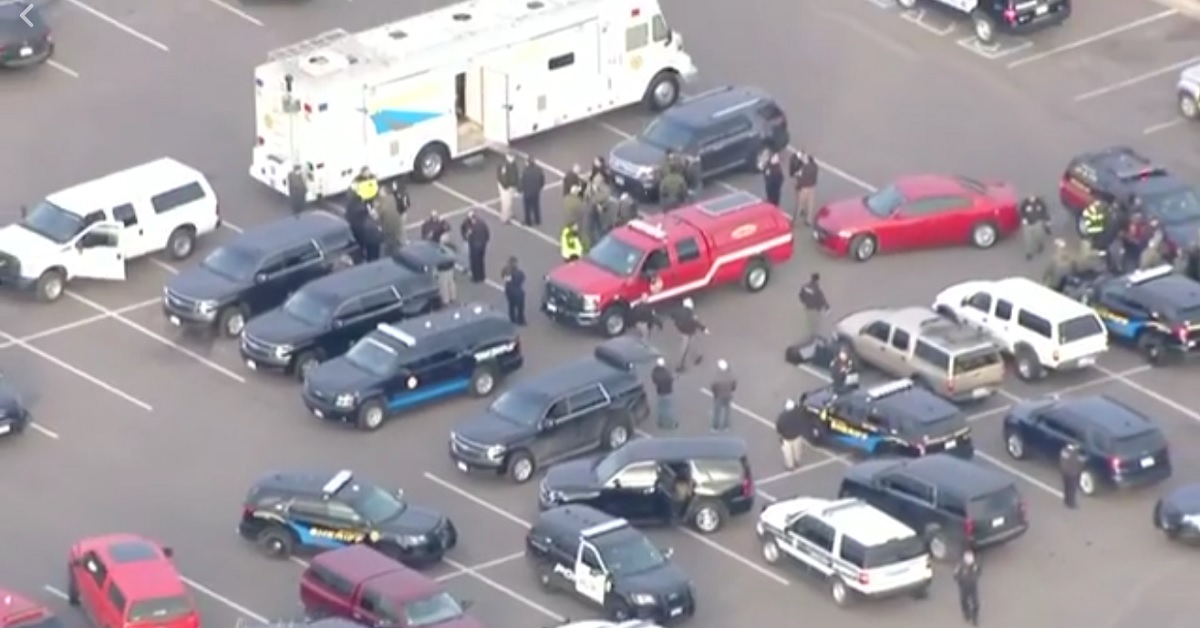