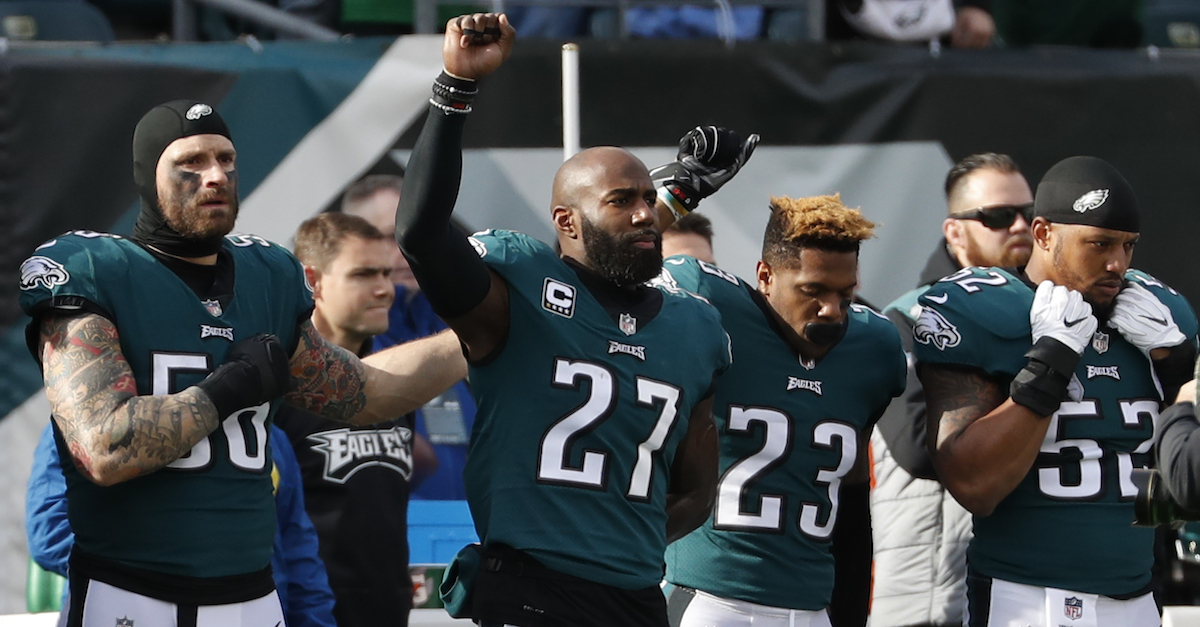 In the era of the Donald Trump presidency, it’s become routine for players on championship sports teams to quickly weigh in on the tradition of visiting the White House.

Golden State Warriors star Stephen Curry might be the most famous athlete to say he won’t make the trip to visit President Trump as a protest against the administration’s policies. Trump then said Curry wasn’t invited.

Following the Philadelphia Eagles winning the Super Bowl championship Sunday, three players have already made it known that they won’t stand with President Trump, who has often attacked NFL players who kneel for the pregame national anthem in protest of police brutality and social injustice toward African-Americans.

The players who quickly voiced their opinions were wide receiver Torrey Smith, defensive end Chris Long and safety Malcolm Jenkins, according to NJ.com. Long is white and is the son of former NFL player and Fox Sports broadcaster Howie Long.

Jenkins made an appearance Monday on CNN?s ?New Day? and said that he does ?not anticipate? attending the White House celebration.

?My message has been clear all year,? Jenkins said on CNN. ?I?m about, you know, creating positive change in the communities that I come from, whether it be Philadelphia, New Jersey, Ohio, Louisiana or this entire country.”

During a September speech in Alabama, Trump blasted players who deal during the anthem, saying, ?Wouldn?t you love to see one of these NFL owners, when somebody disrespects our flag, to say, ?Get that son of a bitch off the field right now, he?s fired???

As more players began to kneel before games, Trump continued to tweet about the sanctity of the anthem and talk about it in speeches. During his State of the Union speech last week, he even raised the issue, without mentioning the NFL by name, of the importance of standing for the anthem.

RELATED: He called Trump a “bum” in the past, and now LeBron James is doubling down

All players in Sunday’s Super Bowl stood during the anthem. The New England Patriots added the touch of each player putting a hand on the shoulder pad of the player next to him as a show of unity.

Several players from last year’s Super Bowl-winning Patriots team declined to make the White House visit, including Long, who joined the Eagles prior to this season.

He remarked, ?[When] my son grows up, and I believe the legacy of our president is going to be what it is, I don?t want him to say, ?Hey Dad, why?d you go [to the White House] when you knew the right thing was to not go??? according to the Washington Post.

Long made it clear prior to the latest Super Bowl that if the Eagles won, he would once again forego the White House visit.

?No, I?m not going to the White House,? he told the sports/comedy fusion podcast ?Pardon My Take.” ?Are you kidding me??