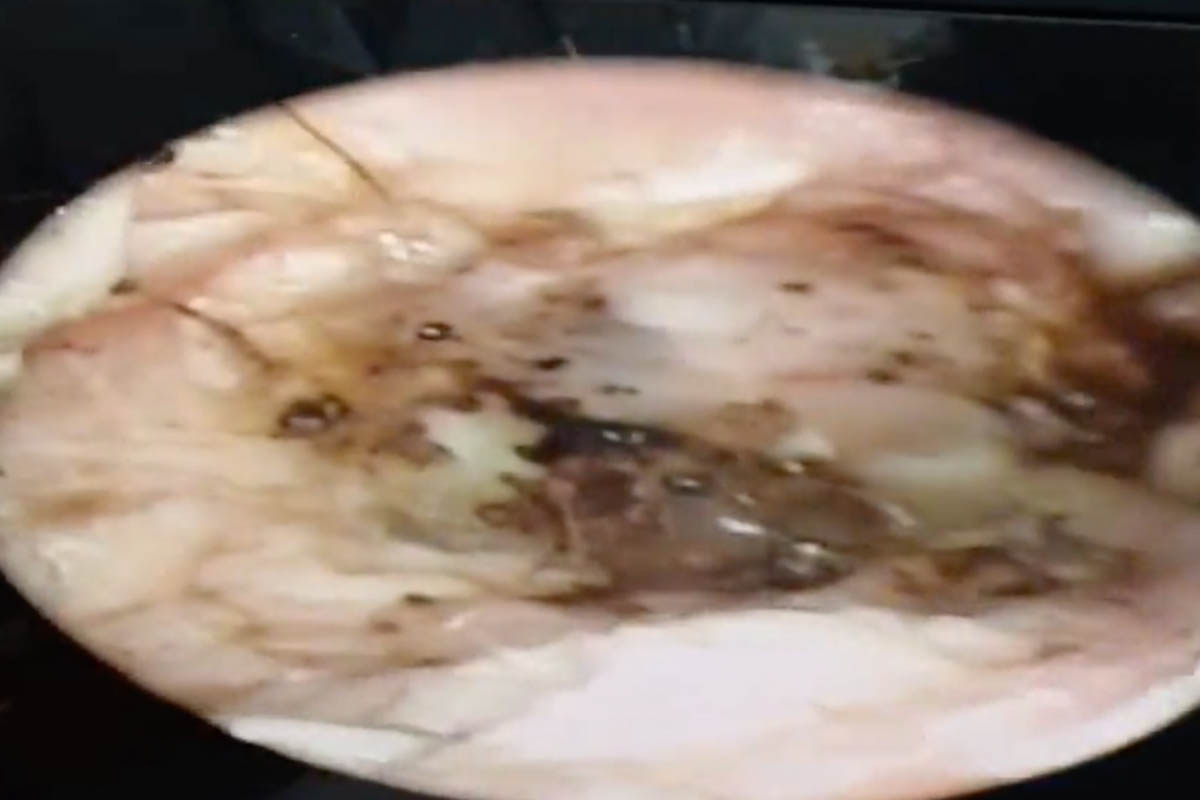 A doctor in Hanoi, Vietnam had to perform one of the grosser procedures of his career after he had to remove mushrooms growing in the ear a man who came in complaining about an inner ear itch.

The man’s fungal ear infection was discovered after Dr. Cuong used an endoscopic device to poke around and see what all the fuss was about in the man’s ear canal. Turns out the fuss was a bunch of shiitake mushrooms. (Just kidding about the shiitake part. Maybe they were wood ear mushrooms? Cloud ear mushrooms? There are a lot of mushrooms named after ears.)

Wait, Mushrooms Can Grow in a Man or Woman’s Ear?

Yes. They can. It’s pretty gross. Apparently you can get some toadstools or black fungus or whatever the hell this was growing right next to your ear drum. How does this ear fungus happen? Not enough ear wax? A crappy immune system? Living in Asian tropical climates where apparently every day mushroom spores might just float into your ears? Using damp, dead wood as a pillow? There aren’t a lot of great answers here for why a bunch of oyster mushrooms might start sprouting up in your ear.

This wasn’t a normal ear infection or ear fungus though. Anti-fungal ear drops weren’t going to do it. This doctor had to literally go in there and fish these things out. And it’s not a normal thing. You don’t see headlines like, “Vietnamese Doctor Finds Dozens of Mushrooms in People’s Ears Every Day in Dien Bien Province” on social media. This isn’t a thing you really have to worry about. But keep your ears extra clean anyway.