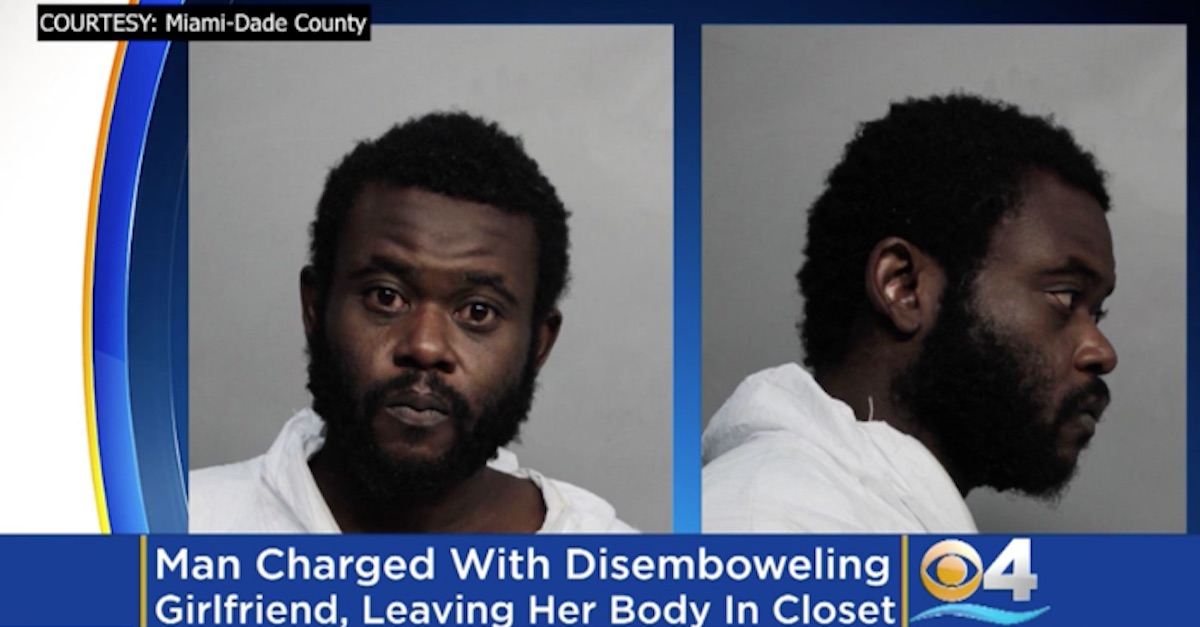 A foul smell in a trash bin led to the grisly discovery of a mutilated corpse in a “naked and sweaty” Florida man’s closet, and police say he explained it by saying ?if you find something in my room it?s [a sex doll] from the Internet.?

RELATED: Drivers were stupefied when a corpse on a gurney rolled into an intersection

Jerome Wright, 32, who was charged with aggravated battery against his 52-year-old girlfriend Deanna Clendinen as recently as March now faces the charge of abuse of a corpse, and a murder charge may not be far behind.

Wright’s mother, Della Wright, called the cops on Friday when a smell coming from her son’s bedroom overwhelmed the residence, the Miami Herald reported.

Police arrived on scene and Wright emerged from his bedroom “naked and sweaty.” Once inside his room, authorities found Clendinen’s body in a closet with internal organs removed.

The missing organs were later discovered in a trash bin outside the house wrapped in sheets.

Most disturbingly, police say, Wright said that the body was “from the internet” and was merely a “life-size blow up doll […] made of flesh,” while also saying he hadn’t seen Clendinen in months.

RELATED: Police say this man killed his father and didn?t bother to take the corpse off the couch

As mentioned, Wright has at this time only been charged with abuse of a corpse, but once Clendinen’s autopsy results come back and further investigation is completed, a murder charge among other additional charges may be filed.