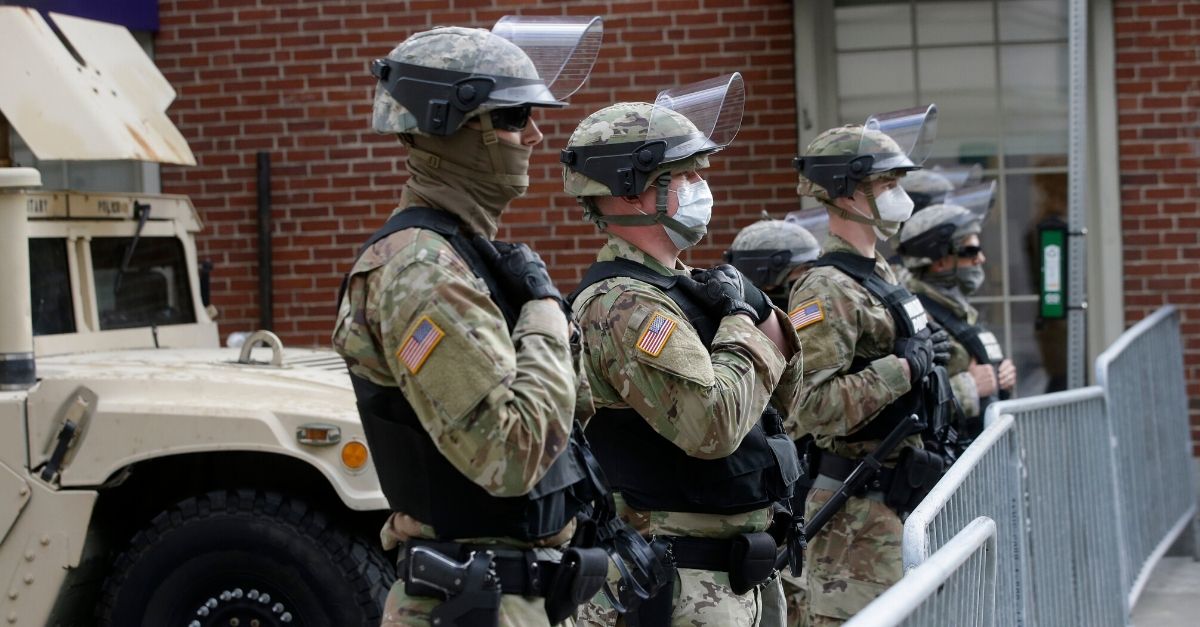 Two South Carolina National Guardsmen deployed to Washington DC to respond to civil unrest found several shards of glass in the pizza they ordered while staying in an area hotel. The soldiers found broken glass in the dough and cheese mixed in the pizza, according to a defense department report. The soldiers did not eat the pizza and were not injured.

Capt. Jessica Donnely, A spokeswoman for S.C. National Guard stated, “What a man says is that the soldiers are okay and that this is the only incident to their knowledge.” She noted the soldiers were advised to file a police report of the incident, but the D.C. Metro Police Department stated no report was filed at the time.

The incident occurred in the deployment of National Guard Units from various states to respond to destructive actions following the death of George Floyd in Minneapolis. Floyd was killed while in police custody, as officer Derek Chauvin, pressed his knee on the back of Floyd’s neck for a total of 8 minutes. His death sparked several protests spreading worldwide.

Two South Carolina National Guardsmen ordered a pizza during their stay in the nation's capital.

But when they opened the box, they found shards of glass. https://t.co/a2b85Lih7H

Protests spread to Washington DC where rioting and looting occurred, which prompted the deployment of National Guard units from Indiana, Tennessee, South Carolina, Utah, and New Jersey. National Guard units were also brought in to help reinforce security measures around the White House.

According to American Military News, more than 60 Secret Service agents were injured between the first weekend of DC protests. Demonstrators were reportedly throwing bricks, bottles, fireworks, rocks, and other items reportedly kicking and punching members of the president’s Protective Service.

The following weekend there was reportedly less severe protest action, and President Donald Trump ordered the drawdown of all National Guard units from Washington DC. Members of S.C. The National Guard faced little confrontation from protesters, according to the Post Courier, but two Guardsmen were hospitalized after lightning struck near where they were stationed in support of White House security measures at Lafayette Park.