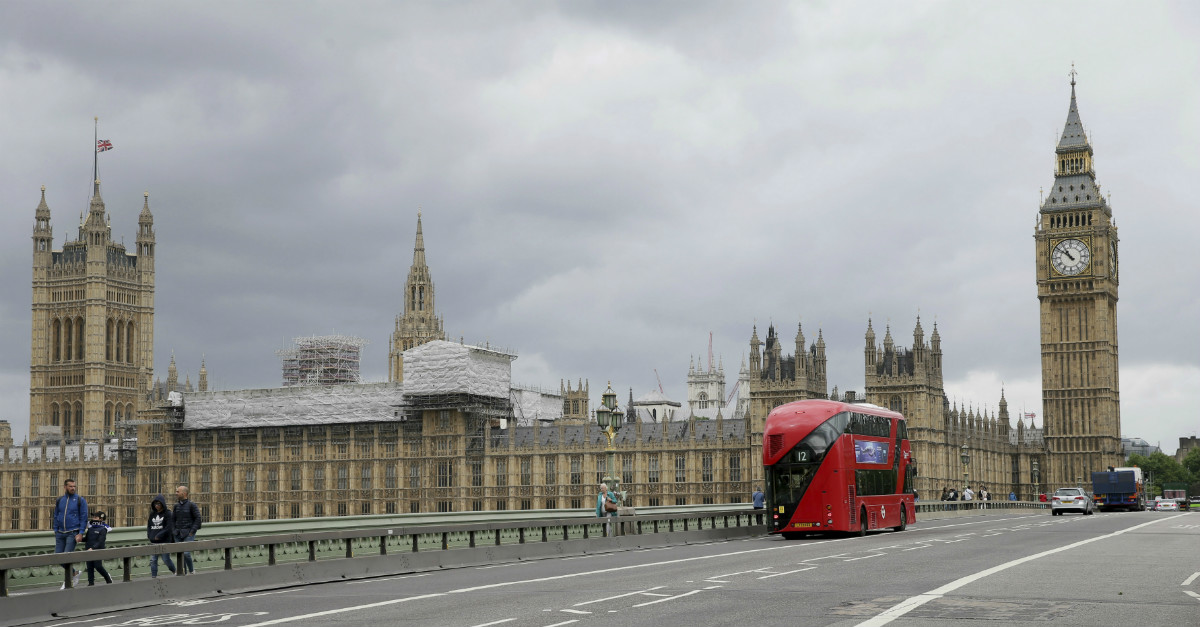 AP Photo/Tim Ireland
Pedestrians walk by newly installed barriers on Westminster Bridge in London, Monday, June 5, 2017. Police arrested several people and are widening their investigation after a series of attacks described as terrorism killed several people and injured more than 40 others in the heart of London on Saturday. (AP Photo/Tim Ireland)

This weekend’s terrorist incidents in London have put Britain on edge, coming as they did not long after the suicide bombing of an Ariana Grande concert late last month in Manchester, England. Both attacks were carried out by terrorists inspired by the Islamic State.

However, despite these and other recent high-profile attacks in France, fewer people have died this decade because of terrorism in Western Europe than over comparative periods during the 1970s and 1980s. The Facebook page Facts Over Fear, which specializes in data journalism, puts the numbers into perspective:

There were 3 deaths, each one a tragedy. But, the odds of any one person in London being killed is one out every 2.8666 million. I don’t panic when friends go driving, but the chances of being killed in a car accident is astronomical compared to the chances of dying in a terror attack: 1 out 5,000.

I suppose all my London friends climbed into bed and at least tried to get a night’s sleep.That was more dangerous than being in London during the attack. The odds of falling out of bed and being killed is 1 in 2 million. Much more dangerous is taking a bath where the odds of drowning are 1 in 840,000—I’m having my tub removed and just putting a shower in, but lets not discuss the odds of slipping.

Allegedly you have a better chance of becoming a movie star than of being killed by terrorists: movie star odds 1 in 1,500,000.

In the ’70s and ’80s, Western Europe was under attack from various movements inspired by communist ideology. These radical leftists, who often cooperated with state actors such as Libya, bombed and assassinated dozens every year. Their groups were ultimately defeated by the use of smart law enforcement and by addressing the grievances of those who were most susceptible to terrorism recruitment.

Today, it seems these attacks are the final death throes of the Islamic State. Using “lone wolves,” meaning single attackers inspired by social media, is the only way ISIS can strike at Western countries. The reason for that is that the terrorist group is dying.

Currently, ISIS has lost all but one stronghold in Iraq and that final holdout, the city of Mosul, is under attack by Iraqi security forces. ISIS is also losing ground in Syria, where its capital city of Raqqa is under threat from U.S.-backed Syrian rebels.

RELATED: Responding to the London Bridge attack with policies made in fear is exactly what we shouldn’t do

Every attack is atrocious and cannot be condemned enough. But it is also necessary to put these attacks in context. Far from representing an existential threat, Islamic terrorist strikes are acts of desperation. European countries shouldn’t overreact. They should address the grievances of their Muslim populations, and most of all not alter their lives out of fear.

Statistically, Europe has survived much worse. They will outlast the death throes of ISIS, too.