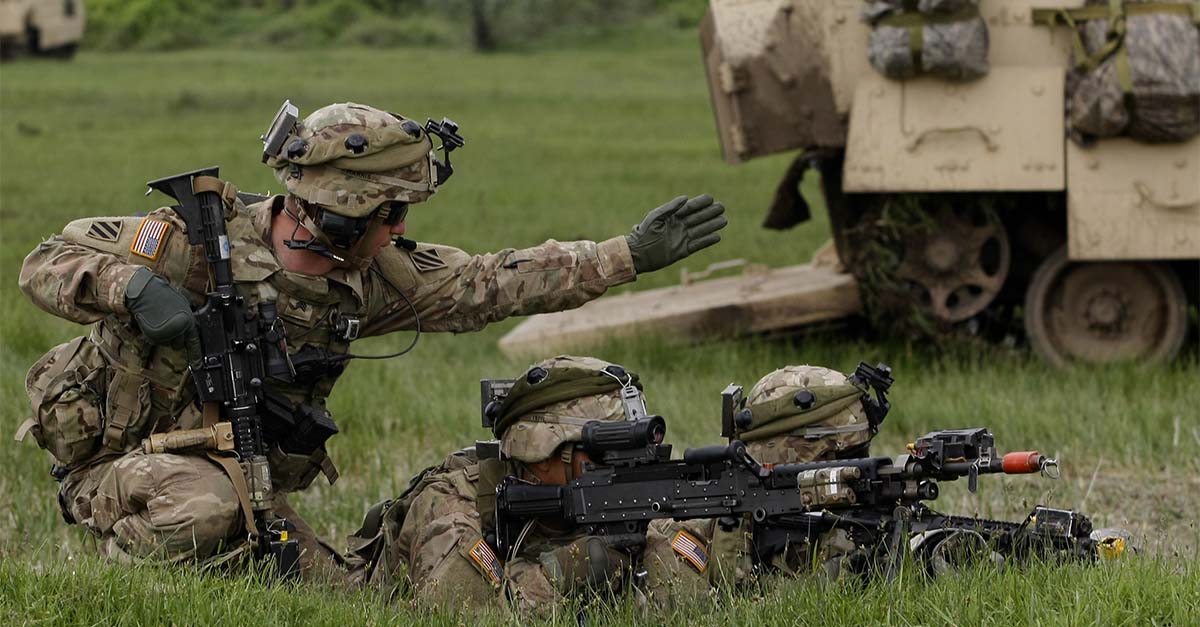 AP Photo/Shakh Aivazov
US servicemen take part in the joint US-Georgia military exercise Noble Partner 2015 at the military base of Vaziani outside Tbilisi, Georgia, Sunday, May 17, 2015. Exercise Noble Partner is a bilateral effort focused on enhancing US and Georgian NATO Response Force interoperability in the context of military-to-military relationships, the United States Army Europe says on its website. It involves some 600 Georgian and US service members. (AP Photo/Shakh Aivazov)

Acting on an increase signed late in Barack Obama’s final month as president, the United States Army will plan to spend over $300 million to recruit an additional 6000 troops in the final months of the fiscal year, reports USA Today.

The Army asked for the increase, the largest such in-year increase in 40 years, in response to new and growing threats across the globe. Under the plan, they will hit a new recruiting target of 476,000 active duty soldiers, up from an initial goal of 460,000.

Donald Trump and his administration may seek an even larger force of up to 60,000 more troops, says the newspaper.

But the costs are sure to acquire critics in Washington. There’s a critical roadblock: that $300 million hasn’t been allocated by the government yet, and the existing Continuing Resolution to fund the government stretches until April. The massive expansion would need to be funded by a new budget to happen.

Essentially, the Army will need to recruit 6,000 soldiers in just 5 months. It’s doable, but not without costs. The $300 million price tag breaks down into $200 million in new recruit incentives, $100 million in advertising and an undisclosed amount (USA Today says $10 million) to pay recruiters and those who test, review and process new recruits.

The Army isn’t the only branch preparing for growth.

The Air Force expects to add 4000, the Navy will add 2200, and the Marine Corps will add an additional 800 Marines, according to spokespeople for the branches.