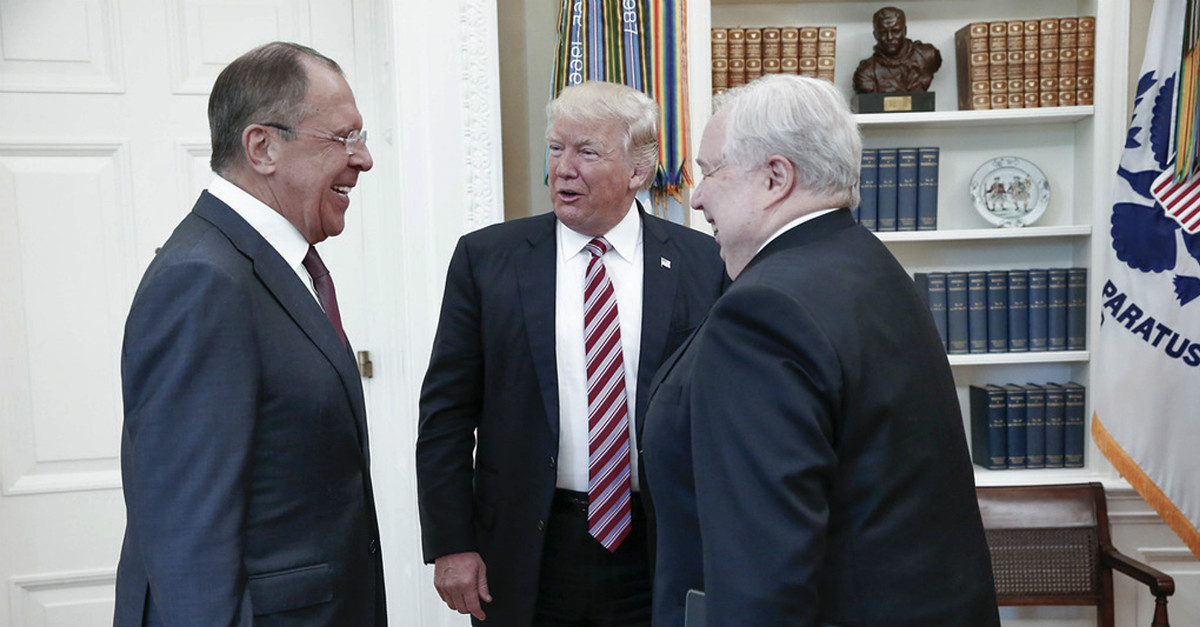 I don’t want to comment too extensively on the latest from Donald Trump’s Hell Week, whereby the president stands accused of babbling classified information to the Russians. That brouhaha has devolved into the usual shoutfest between anonymous sources and journalists on one side and administration officials and Sean Hannity on the other. It’s a lot of sound and fury, and it conceals an essential truth: we don’t know very much about what happened.

The rare point of agreement between the Post and Trump (at least this morning) seems to be that the president discussed sensitive intelligence with two Russian envoys about an ISIS plot involving laptops and airplanes. Based on that, I think we can conclude that Trump acted improperly, though not illegally. Presidents aren’t supposed to just disclose sensitive information, especially to an often hostile foreign capital. There were proper channels here and Trump didn’t go through them. That raises all the usual questions about Trump’s personality, whether he’s too eager to please, whether he speaks without sufficient premeditation, etc., etc., ad nauseum, ad infinitum.

But is this the atomic-caliber fiasco that many are asserting? Twitter last night was thick with claims that Trump’s loose lips might have gotten an intelligence source killed. That makes no sense: the Russians are as anti-ISIS as we are; they aren’t about to go blabbing the identities of American assets. Enter H.R. McMaster at a press conference earlier today who insisted that Trump didn’t even know the identity of the source.

RELATED: The NSA literally just put weapons into the hands of cyberterrorists

And even if the source is in danger now, wouldn’t that be the fault of the Washington Post and its legions of faceless officials? They were the ones who publicized this incident, not Trump or the Russians. Inure yourself to sympathy for conscience-stricken administration staffers: these people work for the president and lack any legal authority whatsoever over the Oval Office. That they now appear willing to damage our national security and commit felonies in the service of an activist campaign against elected government is deeply concerning. Why is it that they’re taken at face value while McMaster is dismissed?

Also, not to go full Paula Broadwell, but the fact that someone like McMaster, a decorated war veteran and distinguished public official, is siding with Trump must count for something. Why would McMaster lie? He could walk out the door tomorrow with a clean conscience and probably make far more money somewhere else. Even if Trump did order him to issue a denial, he loses nothing by refusing, resigning, and writing a lucrative tell-all about his brief service in the most fascinating administration of our lifetimes. If you’re saying McMaster stood at a podium and played the patsy, you’re making a tall accusation indeed and one for which you have no hard evidence.

What does all this amount to? Recklessness by the president, proper procedures not being followed, but not a blow to American national security, at least not based on what we know. In fact, the disclosure reportedly came in the context of a wide-ranging discussion about the terrorist threat, meaning Trump and the Russians were seeking to protect the United States, not undermine it.

Or perhaps I’m wrong: I’m not an intelligence analyst and there are still plenty of unknowns here. But the press, over the past four months, has given us news of a Russian hack at a power plant in Vermont that turned out to be false, allegations that Trump was being blackmailed by Moscow lifted from a ludicrous freelance dossier, and tales of cloak-and-dagger meetings between Trump officials and Kremlin agents that turned out to be routine huddles with the Russian ambassador. Given that tarnished record and the lack of corroboration here, I would exercise caution.