In an interview on “Meet the Press,” former Director of National Intelligence James Clapper denied that he directed, nor had any knowledge of, any Foreign Intelligence Surveillance Act (FISA) court-authorized wiretap on Donald Trump or Trump Tower during his candidacy or once he’d won the election and become President-Elect.

Clapper, while qualifying his answer with “Obviously, I can’t speak officially anymore,” said that “as part of the national security apparatus I oversaw, there was no such wiretap mounted against the President-Elect at the time, or the President as a candidate or against his campaign.”

He also noted he could not speak for the efforts of other entities in the government who were empowered to seek such warrants. But Clapper then said he’d have knowledge of a warrant distributed via a FISA court order and denied that one existed. When host Chuck Todd asked if he could neither confirm nor deny the existence of a FISA court order, Clapper stated “I can deny.”

To Todd’s claims that there was “a lot of smoke” regarding Russian ties, Clapper reminded him that the report released by the Office of the Director of National Intelligence (ODNI) last month found no direct evidence of collusion between Trump or the Trump Campaign and Russia. His office’s report did, however, cite significant Russian intervention to “undermine the Democratic process, denigrate Secretary Clinton, and harm her electability and potential presidency” as well as a “clear preference for President-elect Trump.”

Should that change, Clapper says, a special prosecutor should be appointed. 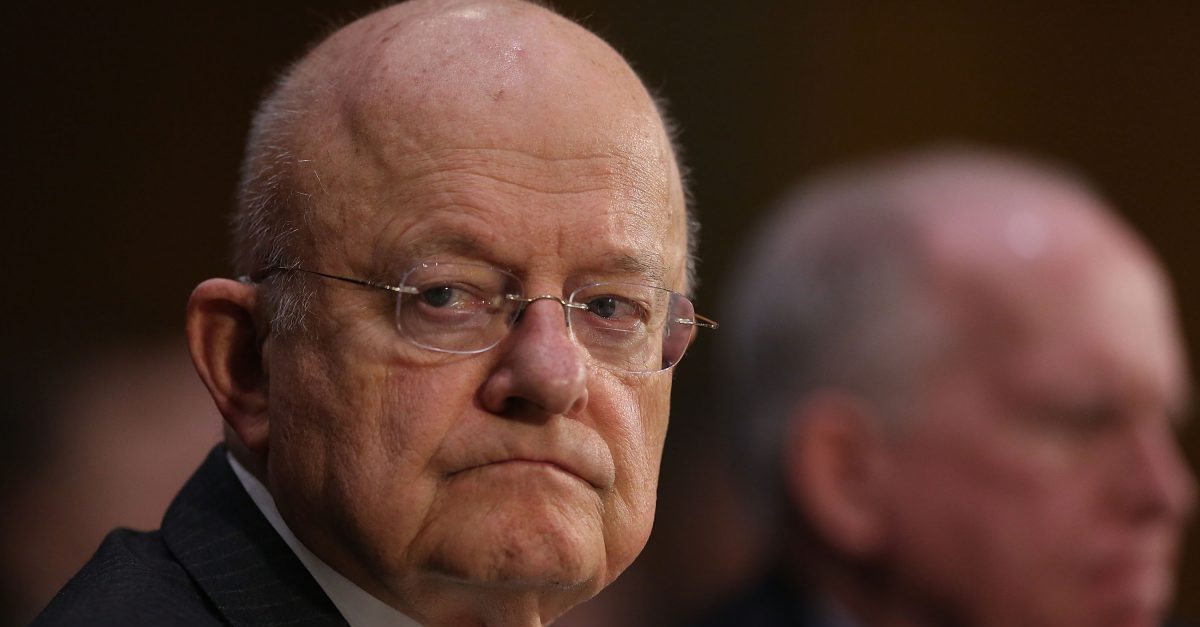