Menu
Follow us
Search
Menu
Search
WASHINGTON, DC - SEPTEMBER 25: A Secret Service officer patrols near a added security fence outside of the White House September 25, 2014 in Washington, DC. US Secret Service is investigating an incident from last week when an intruder was able to jump the fence and run into the front door of the White House. (Photo by Mark Wilson/Getty Images)

It’s harder to detect an intruder when the alarm put in place for that purpose is gone.

But a source told The Washington Examiner that’s exactly what happened in the March 10 breach that saw Jonathan Tran, 26, hop several fences and a vehicle barrier before wandering the grounds of the White House for 16 minutes and touching the mansion’s front door.

The breach was the most successful of three serious intrusion attempts that week.

Tran first scaled an exterior fence, which set off alarms. But the Examiner’s source confirms that agents often ignore that alarm, as it serves false positives for squirrels and birds. Tran then hopped a second fence, which once had an alarm, but it had been removed when the fence was made higher during Barack Obama’s presidency. That work was done, of course, in response to a series of intrusion incidents during his presidency.

After climbing both fences, Tran made it around a vehicle barrier, which did not have an alarm. He was arrested with a backpack that contained two cans of Mace. 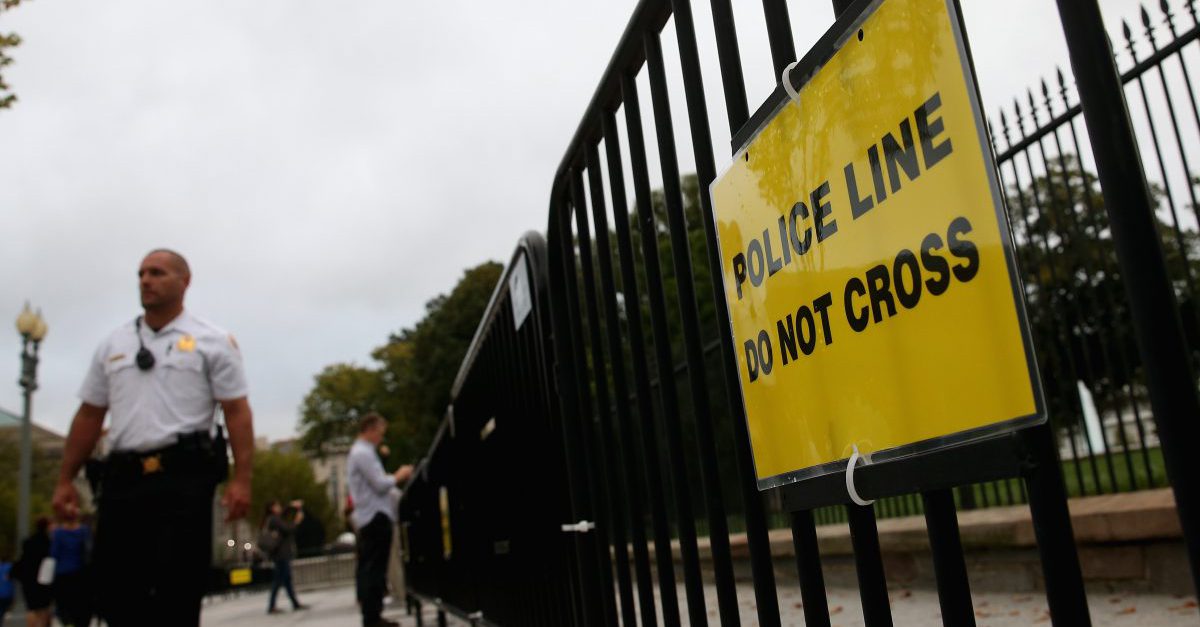