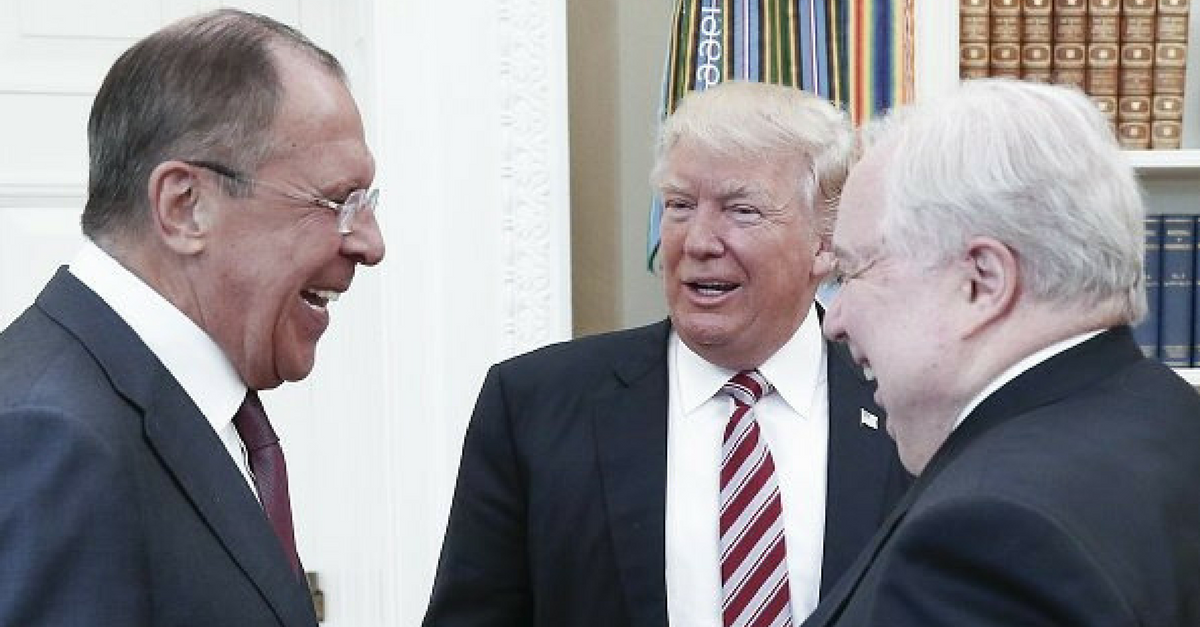 News of the potential intelligence leak first broke yesterday, when the Washington Post reported that Trump had accidentally divulged highly sensitive intelligence to the Russian diplomats, one of whom is widely considered to be a Russian intelligence asset.

National Security Advisor H.R. McMaster flatly denied the report last night. He said that report was “false,” and that Trump had simply “reviewed a range of common threats to our two countries, including threats to civil aviation […] At no time were intelligence sources or methods discussed, and the president did not disclose any military operations that were not already publicly known.”

That was backed up by Secretary of State Rex Tillerson, who added that Trump “did not discuss sources, methods or military operations.”

Reports from TASS, Russian state media, go into some detail about the meeting and seem to contradict that. They were the only media present.

Photos of Trump's meeting with Lavrov and Kislyak just hit the Getty wire and they're all credited to Russian news agency TASS pic.twitter.com/qE9lWB6KuS

This morning, Trump tweeted that he did share intelligence, but that he was allowed to, and needed to.

As President I wanted to share with Russia (at an openly scheduled W.H. meeting) which I have the absolute right to do, facts pertaining….

…to terrorism and airline flight safety. Humanitarian reasons, plus I want Russia to greatly step up their fight against ISIS & terrorism.

Today, McMaster defended Trump’s sharing of the information, calling it “wholly appropriate” to the conversation taking place and “consistent” with “routine” sharing of information “between the president and any leader with whom he’s engaged.”

McMaster bolstered his defense of the meeting by adding that he was present and did not feel the conversation was inappropriate. Russian media, the only media allowed into the Oval Office for the meeting, did not document McMaster’s, Tillerson’s or Deputy National Security Advisor Dina Powell’s presence in the meeting.

McMaster confirmed to press that Trump disclosed the city in Syria, under ISIS control, from which the intelligence originated.

When contacted, Israeli officials would not confirm or deny the intelligence came from them.