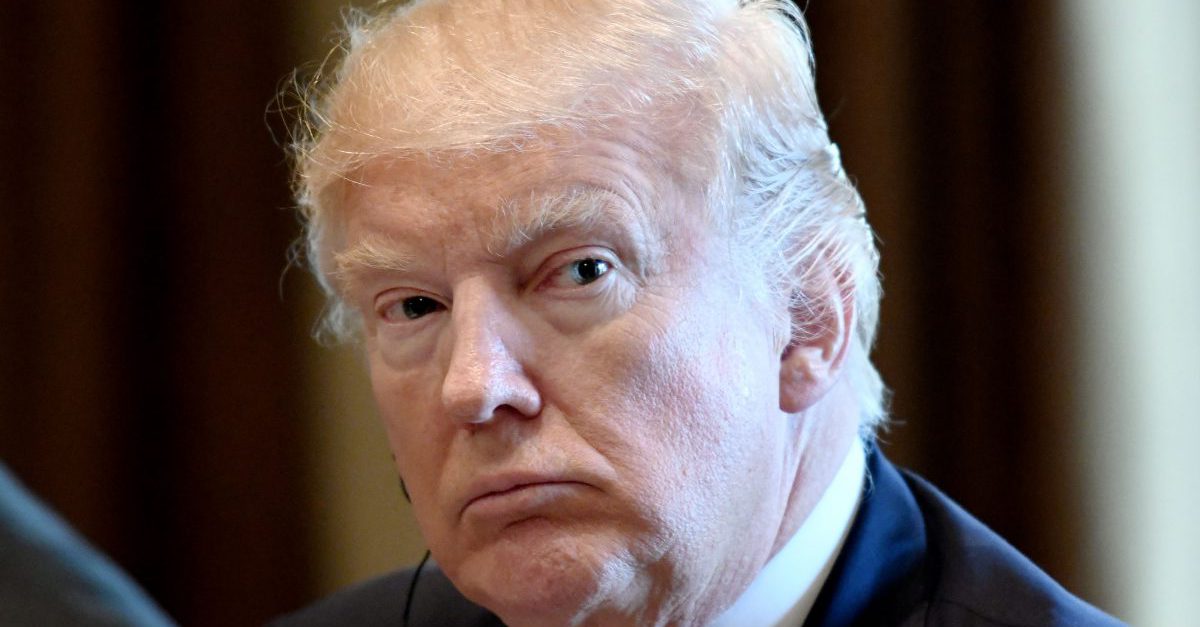 President Trump is scheduled to visit the demilitarized zone (DMZ) that separates North and South Korea next month, but the White House is reportedly having second thoughts on the visit.

Every president since Reagan, with the exception of George H.W. Bush, has made a trip to the DMZ, and images of the commanders-in-chief wearing bomber jackets and peering through binoculars into North Korea have become iconic. In April, Vice President Pence visited the site, but since then, tensions with North Korea have worsened. Aides worry that if Trump were to make a visit, it may make relations worse and could even put him in danger, the Washington Post reports.

Trump is scheduled to visit five Asian nations on a trip lasting from Nov. 3 to Nov. 14, but White House officials declined to comment on his itinerary. The president has been escalating rhetoric against the North Korean government, nicknaming Kim Jung-un “Rocket Man.” In response, the hermetic country declared that Trump had “lit the wick of war.”

The president’s trip to Asia will kick off with a visit to Pearl Harbor in Hawaii, where he is expected to make a speech. During Pence’s visit to the DMZ, he announced, “We will defeat any attack, and we will meet any use of conventional or nuclear weapons with an overwhelming and effective response.”