“There is heavy s**t coming down!” — FBI chasing leads to find Wikileaks source 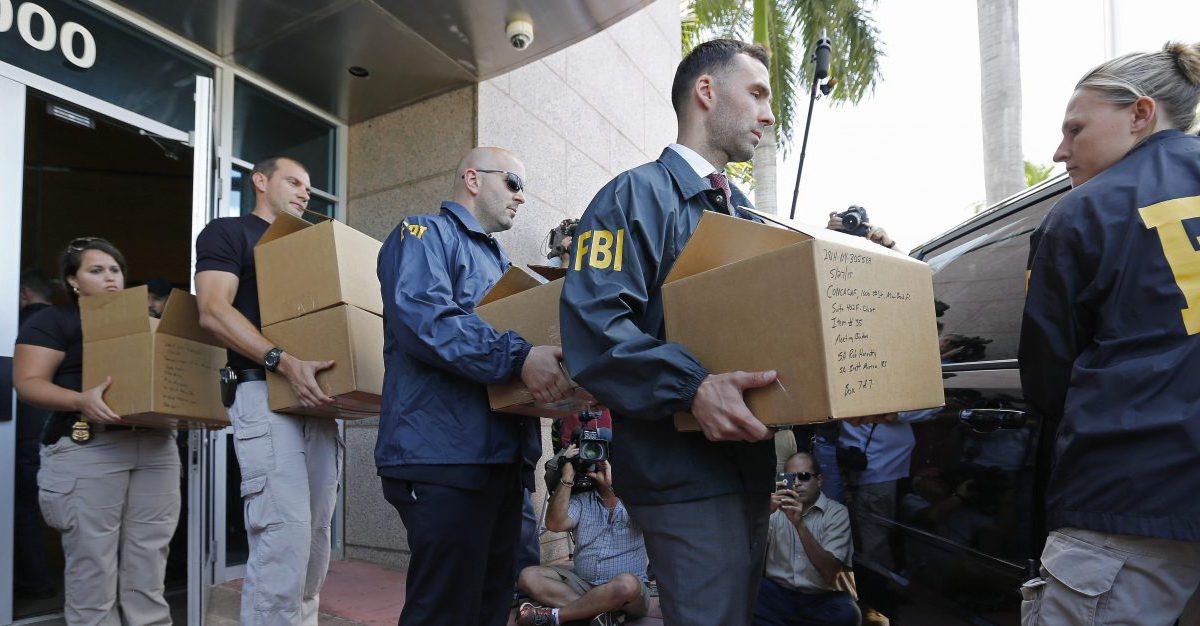 Joe Skipper/Getty Images
MIAMI BEACH, FL - MAY 27: FBI agents carry boxes from the headquarters of CONCACAF after it was raided on May 27, 2015 in Miami Beach, Florida. The raid is part of an international investigation of FIFA where nine FIFA officials and five corporate executives were charged with racketeering, wire fraud and money laundering conspiracies. (Photo by Joe Skipper/Getty Images)

After yesterday’s “Year Zero” dump of the CIA’s vast arsenal of cyberintelligence weapons, strategies, vulnerabilities and tactics, the FBI has opened a criminal investigation and is actively working to find the source of the leak of the thousands of pages of highly classified information.

An anonymous cybersecurity contractor who worked for the CCI, the CIA’s Center for Cyber Intelligence, was interviewed by Fox News. Reportedly, he told the network, “There is heavy s**t coming down!”

That source also tells Fox that the data dumped on Wikileaks was only accessible to those with the right security credentials, a pool of people that Wikileaks says numbers about 5,000 but that CIA officials say is smaller than that.

At the core of the investigation is old-fashioned police work. Once they’ve identified a list of suspects, the FBI will use the leaked documents and a process of elimination to narrow the field as much as possible.

They’ll cap it off with behavioral profiling, according to the Fox News report. That means using internet histories, email chatter and social media to determine which of the suspects are most likely to be sympathetic to Wikileaks’ cause.

The leaks have been alleged to be bigger than Edward Snowden’s NSA leaks, and Wikileaks says it might be the biggest intelligence dump in history.