Menu
Follow us
Search
Menu
Search
In this photo provided by the Russian Defense Ministry Press Service Russian Su-30 jet fighter takes off at Hemeimeem air base in Syria on Wednesday, March 16, 2016. Russia's defense ministry says another group of its aircraft has left the Russian air base in Syria and is returning home. Wednesday's announcement comes two days after President Vladimir Putin ordered Russian military to withdraw most of its fighting forces from Syria, signaling an end to Russia's five-and-a-half month air campaign. (Vadim Grishankin/Russian Defense Ministry Press Service via AP)

A resurgent Russia is clearly intent on demonstrating its strength and presence across the planet, with a third show of aggression in mere days, reports Fox News and other outlets, including Snopes.

The Russian SSV-175 “Vishnya” class spy ship Viktor Leonov, first spotted off the coast of Delaware, is now patrolling international waters off the coast of Connecticut. It is capable of capable of collecting signal intelligence — calls, radio signals, and other wireless communications — and can measure the SONAR capabilities of U.S. Navy vehicles. The ship is armed with Gatling guns and surface-to-air missiles, and it likely has a crew of about 140.

At this time, the Leonov has not left international waters and is not breaking any laws.

That’s not the case for cruise missiles newly deployed by Russia, however. On Tuesday, reports surfaced in The New York Times that Russia deployed two batteries of cruise missiles in apparent violation of the 1987 Intermediate-Range Nuclear Forces (INF) Treaty.

U.S. officials have also confirmed aggression by four Russian jets in the Black Sea. The USS Porter, a guided missile destroyer, was conducting normal operations about 50 miles from the coast of Romania when it was “buzzed” by Russian jets, including fighters and a transport vehicle. “Buzzing” refers to aggressively close and low-level flying and is often interpreted as a show of aggression.

The shows of strength come in the midst of intensifying allegations that Donald Trump’s campaign and Cabinet have had extensive contact with Russian authorities. 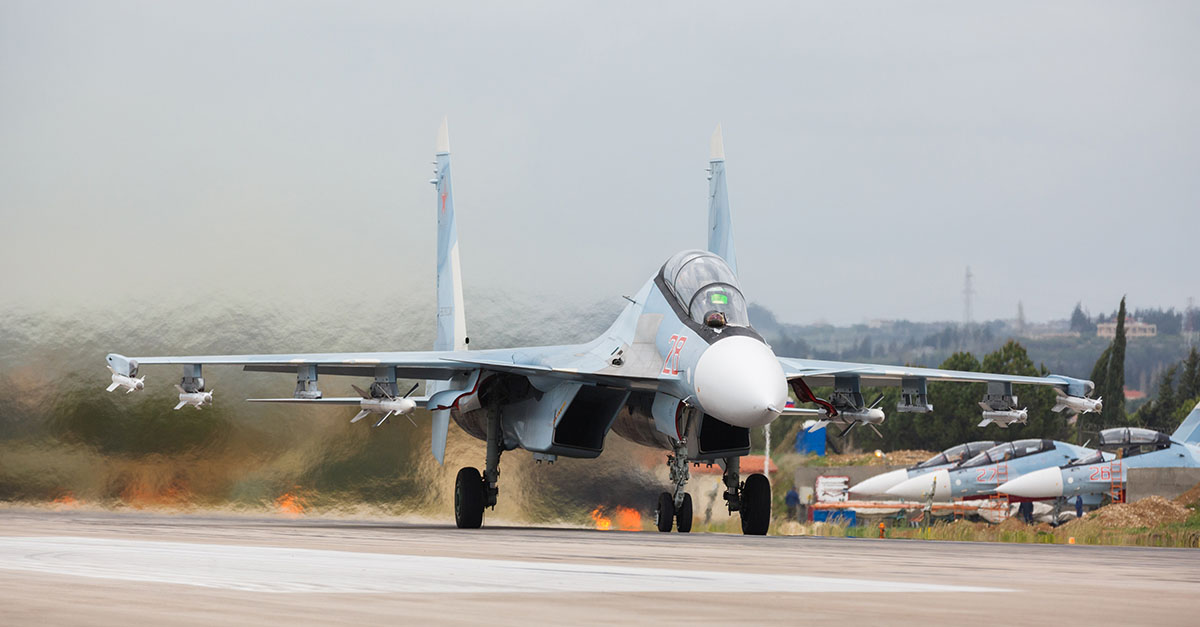