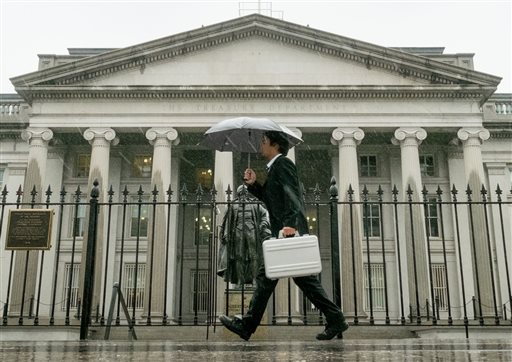 The United States Department of the Treasury has amended sanctions placed on Russia by President Obama after the nation launched cyberattacks to disrupt the 2016 Presidential Election.

The changes, announced in a statement today, make it easier for American technology companies to sell electronic devices to Russia and the nation’s Federal Security Service (FSB).

RELATED: Donald Trump has a 71 percent approval rating – just not in America

Every electronic device imported into Russia and carrying any form of encryption must first pass through the FSB, a successor to the infamous KGB. December’s sanctions effectively banned sales of those devices to Russian intelligence and the Russian consumer market.

In a press briefing, Sean Spicer insisted that paring back these sanctions was not a policy shift. He says such changes were part of a “regular course of action” to correct for unintended consequences of sanctions.

Such actions aren’t new; sanctions on Iran were similarly amended by the Obama Administration when it came to light that sanctions banned certain types of medicine as well, according to USA Today. Still, Democrats in the House and Senate reacted to the news with alarm. Nancy Pelosi called the easing of sanctions “staggeringly dangerous.”

Russian state media excitedly reported on the news, announcing it well before the Treasury made a formal statement. “This is the first step on the way leading to cooperation in the war on terror,” said former director of the FSB Nikolai Kovalyov. “Without easing these sanctions, it would have been impossible to take the next step.”