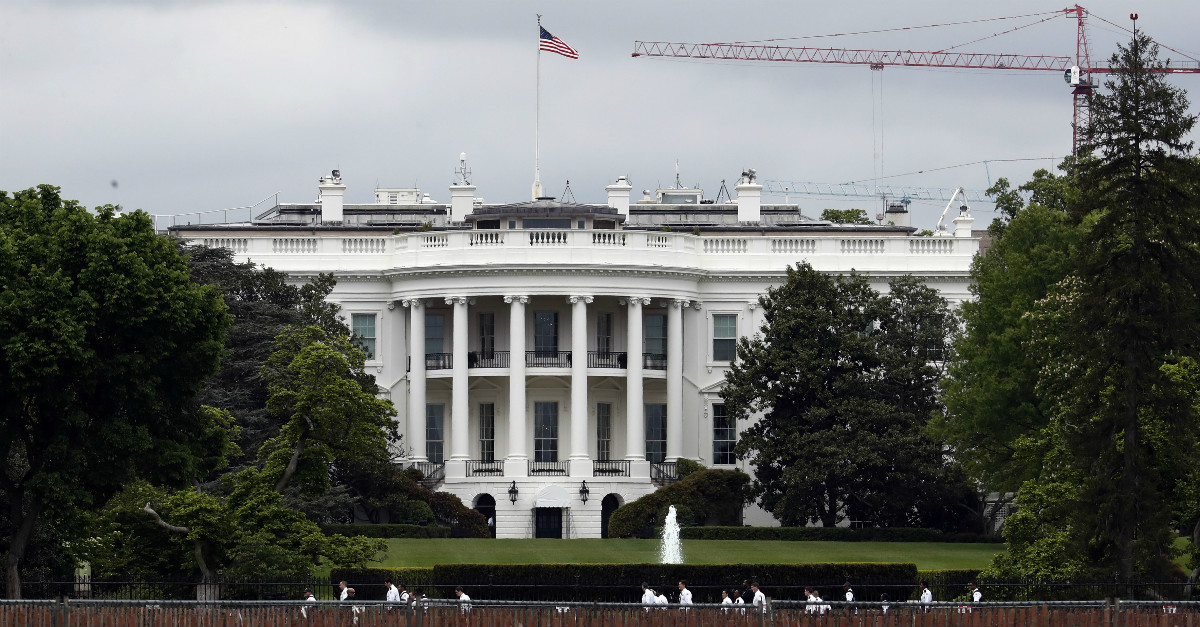 AP Photo/Manuel Balce Ceneta
Uniformed Secret Service Police walk inside the perimeter of the White House in Washington, Wednesday, April 26, 2017. Senators have arrived for an extraordinary briefing by the Trump administration on the threat posed by North Korea and U.S. options in dealing with it. All 100 senators were invited to Wednesday's classified briefing at a building next to the White House. They were ferried from the Capitol by bus. (AP Photo/Manuel Balce Ceneta)

A new report released by the Senate Committee on Homeland Security and Governmental Affairs and published by the Free Beacon claims that the Trump Administration is suffering from “an avalanche” of leaks that threaten national security, an average of one per day.

Since Donald Trump took office, the report says that 125 stories have been published containing information that would be considered “potentially damaging” to national security, apparently using standards established in a 2009 executive order signed by then-President Barack Obama.

RELATED: In leaked audio from a fundraiser, President Trump takes hits at CNN and boasts about his accomplishments in office

Trump has been in office 126 days.

A majority of the stories — 78 — address one or more of the Russia investigations, subjects of them, or methods and tactics used by investigators, some classified.

Other stories contained leaked information about foreign adversaries, potential military action and international terror attacks, including leaked photos from the scene of the Manchester bombing that the report says led to a “diplomatic incident.”

The committee’s analysis used searches for keywords like “U.S. official” or “government official” or “former defense official” in searching for stories that qualified. All used a permutation of “anonymous officials” in credentialing the leaker, though this should be expected, as these terms are also the search criteria used by the Committee to find these pieces.

Some, but not all, pieces distinguished between intelligence and defense officials and government officials with neither background.

Half of leaked stories appeared in the New York Times or Washington Post, though leaked stories also surfaced in Reuters, The Daily Beast, ABC News, the Wall Street Journal, and other media outlets.

The report names the Espionage Act as the foremost tool to be used in punishing people who leak classified information and then-President Obama’s Executive Order 13526, a 2009 order that specified which information could “reasonably be expected to cause identifiable or discernible damage to the national security.”

It named the following:

RELATED: The joke is on the source who alleged that Kellyanne Conway was the White House leaker

A journalist was named as a co-conspirator in one of these cases. Other journalists were hit with subpoenas in attempts to force them to turn over their sources or saw their phone records monitored by the FBI.

The report explicitly says, however, that not every leak is necessarily illegal:

This report is not meant to suggest that the unauthorized disclosure of sensitive information will always lead to criminal prosecutions. It is the responsibility of federal prosecutors and law enforcement officials to decide if cases should be brought. What is clear, however, is that the cascade of leaks may be unprecedented and is causing real harm.

The Committee does, however, write that arguments used to justify leaks “have no legal basis.” Those arguments can include arguments that “leakers are bringing to light potential illegality, unwise policies, or concerns about the President’s temperament.”