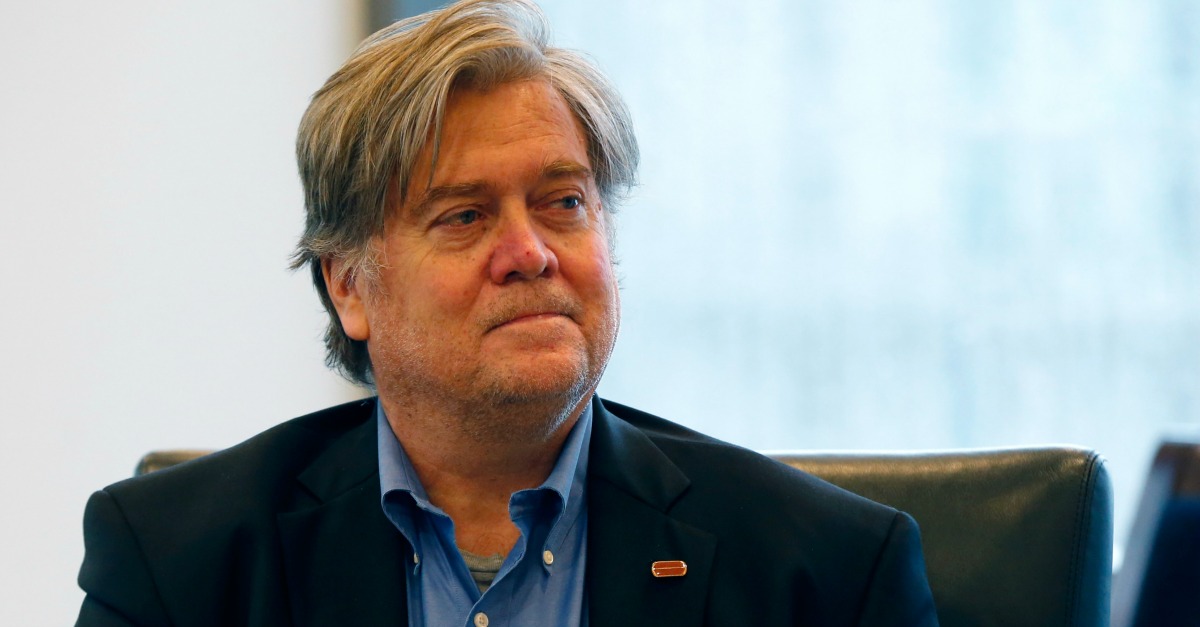 Donald Trump has removed the Director of National Intelligence, Chairman of the Joint Chiefs of Staff and Secretary of Energy from the National Security Council’s Principals Committee.

The move worries many who fear that Trump is surrounding himself with complementary voices, even in matters as serious as national security. Neither new appointee has experience with issues of national security; Priebus is a lifelong Republican political operative, and Bannon is the former head of Breitbart News, which he said he’d made into the “platform of the Alt-Right,” a white supremacist movement.

RELATED: Stephen Bannon is not a white supremacist, and the media helps racists by saying he is

Bannon is seen as a particular threat by many. He openly hates members of the media, calling them the “opposition party.” Last week, he told reporters to “be quiet.” He’s a documented anti-Semite, reportedly telling an ex-wife he “didn’t want his girls going to school with Jews.” His appointment was cheered by both the Ku Klux Klan and the American Nazi Party. CNN reports that Bannon is personally responsible for extending the Muslim ban to include green card holders as well.

Last year, he told the Hollywood Reporter, “Darkness is good. Dick Cheney. Darth Vader. Satan. That’s power […] It only helps us when they get it wrong, when they’re blind to who we are and what we’re doing.”

The Director of National Intelligence and Chairman of the Joint Chiefs of Staff will still advise on issues requiring their “responsibilities and expertise.”