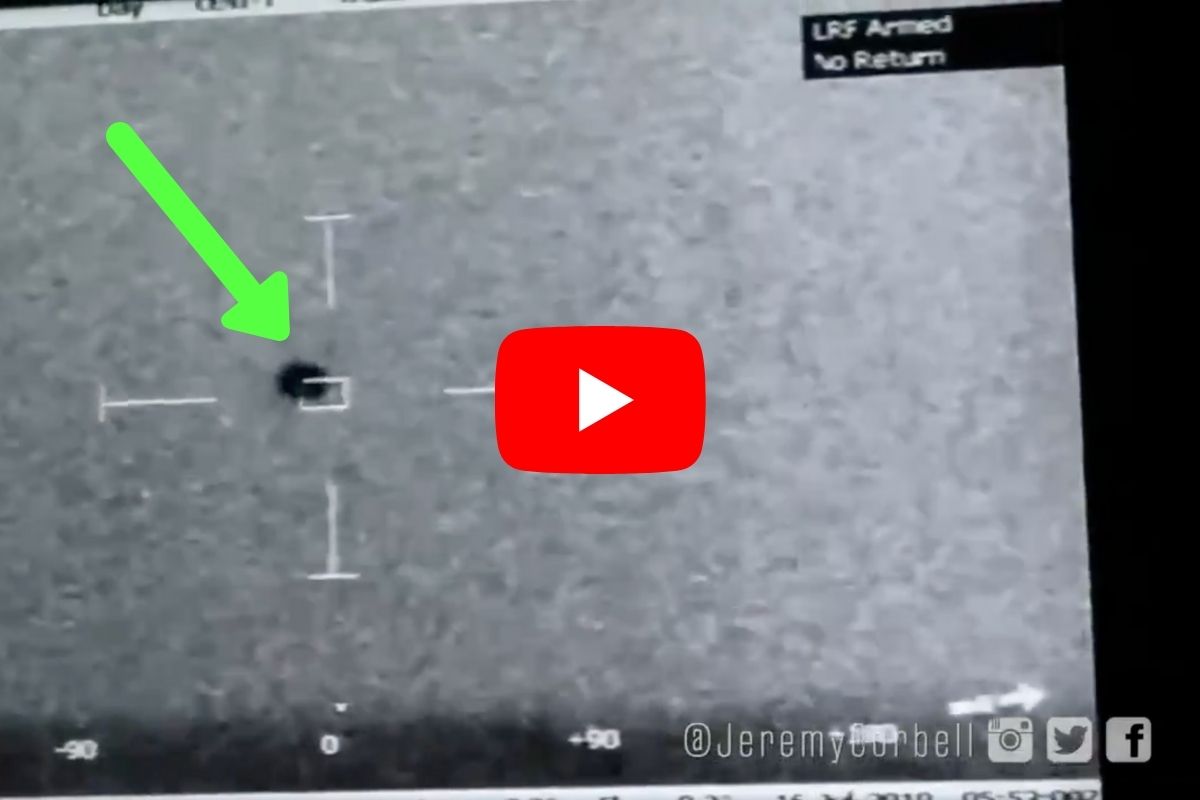 It’s been a big week for UFO disclosures. First, former President Barack Obama announced live on TV that there is indeed a surplus of footage showing ?objects in the sky that we don?t know exactly what they are.” His televised revelation was the latest in the fascinating trend of UAP (unidentified aerial phenomena) acknowledgment. Now, a new Navy video has been released which depicts the surreal sighting of an unidentified flying object… which hovers in the air before dipping underwater!

The US Navy photographed & filmed “spherical” shaped UFOs & advanced transmedium vehicles; here is some of that footage. Filmed in the Combat Information Center of the USS Omaha / July 15th 2019 / warning area off San Diego @ 11pm PST. No wreckage found. No craft were recovered. pic.twitter.com/tK1YTG8sJ7

The U.S. Navy has released videos of UFO encounters before: in 2018, this mysterious clip went viral, and more recently, the Pentagon spokesperson Sue Gough confirmed to CNN that a leaked video by Navy personnel indeed pictured UAPs — though the Department of Defense declined to discuss further.

And now, there’s another UFO video gripping the internet. It was obtained by the documentarian Jeremy Corbell, who runs extraordinarybeliefs.com and also released the previous Navy video. As you can see above, this video shows an unidentified aircraft floating above the horizon line and fascinating the Navy personnel who witness it. Then suddenly, it dips into the water! “It splashed!” you can hear them exclaim in real-time.

Although the video is just now making the rounds, this event took place off the coast of San Diego in 2019… around the same and location as Corbell’s last release. According to records, no wreckage was found at the site and no craft was recovered.

In recent years, former U.S. Navy pilot David Fravor has spoken at length about his own UFO sightings. In 2017, he told The Washington Post all about a personal UFO encounter; you can read that fascinating story here. And just last week, he took part in a groundbreaking 60 Minutes segment on the topic.

On air, Fravor discussed with CBS correspondent Bill Whittaker the details of a certain 2004 incident southwest of San Diego. Fravor and his colleagues had been sent to check out ?multiple anomalous aerial vehicles? which were recorded descending 80,000 feet in a millisecond. Suddenly, Fravor said, ?we saw this little white Tic Tac-looking object. And it?s just kind of moving above the whitewater area… I want to see how close I can get… And it?s climbing still. And when it gets right in front of me, it just disappears.? Without a trace: no smoke or plumes.

Fravor estimated the size of the UAP about that of his fighter jet: quite substantial to seemingly vanish. But just moments later, he said, the craft was noticed again nearing another ship… 60 miles away!

Last August, the Unidentified Aerial Phenomena Task Force (UAPTF) was officially founded within the Navy, overseen by the Secretary of Defense for Intelligence and Security. The purpose of the UAPTF is to investigate military UFO sightings.

Additionally, the U.S. government is expected to release a fuller report on UFO sightings to Congress sometime next month. During last week’s 60 Minutes special, Marco Rubio discussed the difficulty of commissioning that report in the senate. This will mark the first official divulgence since the CIA declassified an extensive archive of UFO-related documents in January. That collection, which totals nearly 3,000 pages, is now available to peruse on the Black Vault.

WATCH: Barack Obama Says There Are Things He Can?t Tell Us About Aliens