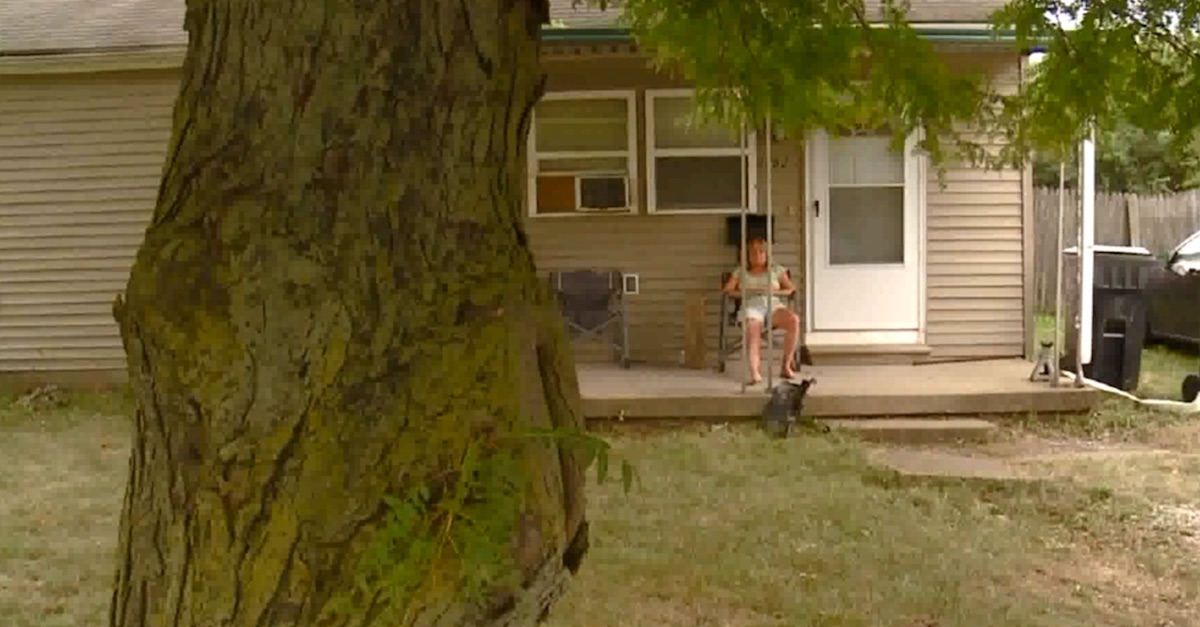 Locals in Elyria, Ohio, called the cops Sunday when they saw one of their neighbors sitting completely naked on her front porch in broad daylight.

Instead of telling police, “Okay, you got me” or “Sorry, I won’t do it again,” Annette Osborn explained that her front porch nudity was actually an act of protest.

According to Fox 8, Osborn said she was ?protest[ing] the drug activity across the street.?

Let’s untangle the logic here. Osborn, who said, “I look good for my age,” thought her naked body was enough to stop people from doing drugs.

RELATED: A woman ruined a family of seven?s life for years with her loud sex, but justice has finally been served

The “If you don’t stop doing drugs, I’m not going to put my clothes back on” argument is a strange one. If the drug users liked what they saw, you can bet they wouldn’t be stopping their drug use.

If they didn’t like what they saw, then a) this sort of defeats the “I look good for my age” claim, and b) is being able to say, “The mere threat of my naked body was enough to reform drug abusers” the greatest thing?

In the end, sitting naked on your front porch doesn’t seem like the most effective method of protest, but let’s hear Osborn out.

RELATED: A cop asked a naked woman if she?d been drinking, and her reply was all we could hope for

“I sit out here all the time at night naked, I mean, in the dark […] that was the first time I actually did it during the day, but I mow my grass in my bikini,” she said.

The authorities did not agree.

Osborn had her private parts completely exposed when police arrived at her home. Neighbors across the way, including kids, saw her.

The woman was arrested and now faces a public indecency charge.