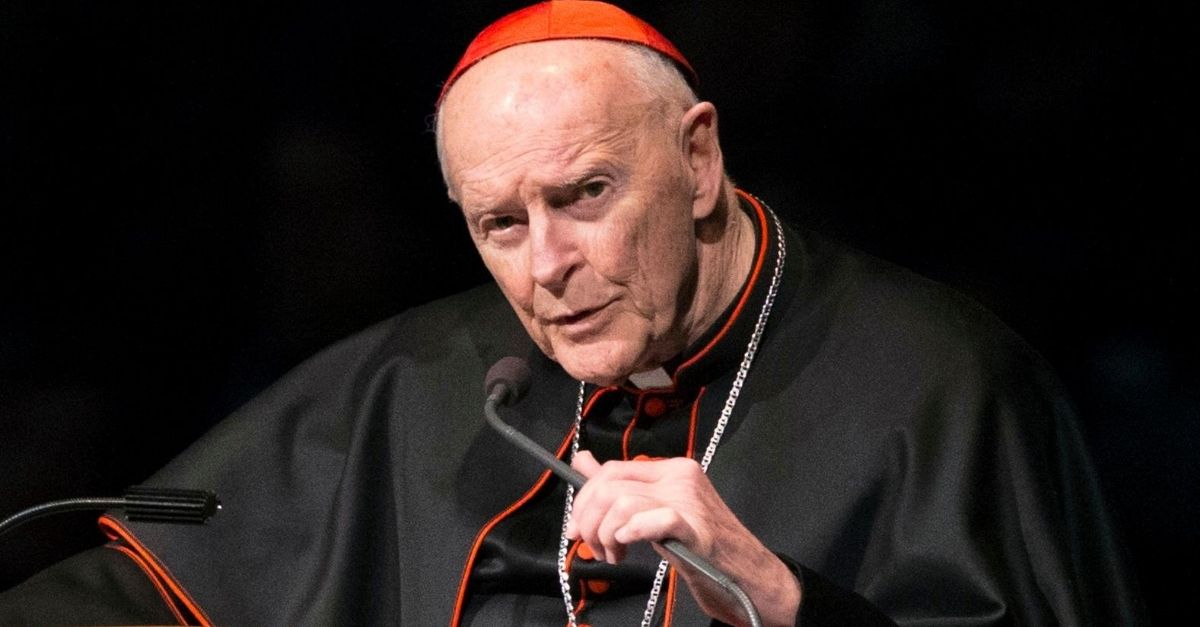 When you think the nightmare has ended in the Catholic church, more details have come to light surrounding the sexual abuse allegations against former Cardinal Theodore McCarrick. Not only was the former Newark archbishop and cardinal “defrocked and cast out of the ministry” for sexually abusing minors and adult seminarians over the decades, but a new lawsuit has come forward detailing how he was sexually abusing teenagers at his New Jersey beach house in Sea Girt in an alleged sex ring too.

Another victim, only known as Doe 14, was raised in Newark, New Jersey. By the time he was a teenager, Doe 14, an active church participant and student at St. Francis Xavier in Newark and Essex Catholic in East Orange in the Archdiocese of Newark, was allegedly groomed in a sex ring that the former Cardinal McCarrick was involved with. The lawsuit explained that other priests brought victims to McCarrick to be paired with adult clerics, where he “assigned sleeping arrangements, choosing his victims from the boys, seminarians and clerics present at the beach house.”

In a virtual press conference, Jeff Anderson and other attorneys representing the now 53-year-old Doe 14 explained the details of how the sexual abuse played out over decades, which not only involved McCarrick, but also other clergy members, along with at least seven kids. They also called out how the Catholic church “cloaked” the “open and obvious” criminal sexual assault.

The court papers also explained that Doe 14 was also filing suit against “the Diocese of Metuchen, where McCarrick served as bishop, the Archdiocese of Newark, where he was the archbishop, and the schools, high schools and parish schools Doe 14 had attended while growing up in New Jersey.” Other sexual abuse charges from other seminarian victims of McCarrick stemmed from his beach house as well.

Doe 14 also called out other priests who were at the beach house and sexually abusing the victims there. He named Gerald Ruane, Michael Walters, John Laferrera, Brother Andrew Thomas Hewitt, and Anthony Nardino. Ruane and Hewitt have already passed away and the others have been removed from the ministry. Nardino specifically was accused of molesting Doe 14 when he was only 11-years-old.

These lawsuits are key under the new law that allows victims more time “to sue their alleged abusers and the institutions that protected them,” in which James Grein came forward in 2019 that he had also been abused by McCarrick. McCarrick allegedly continued to abuse him for 20 years, even after Grein disclosed the abuse during a Vatican visit to Pope John Paul II.

More victims who were sexually abused by McCarrick came forward to corroborate about the beach house sex ring in Sea Girt. Two cases resulted in secret $80,000 settlements, one including a former priest who became a lawyer. The lawyer mentioned how McCarrick “would invite young seminarians and priests to the house in Sea Girt, where they would be expected to share a bed with McCarrick.”

As more legitimate allegations came forward, McCarrick was eventually forced to resign from his position and removed from the ministry. He was laicized, which is considered one of the harshest punishments by the church.