Menu
Follow us
Search
Menu
Search
WASHINGTON, DC - MARCH 28: Members of the press view exhibits during a media preview of a new exhibit 'Titanic: 100 Year Obsession,' at the National Geographic Museum which highlights the history of the Titanic and its sinking in the year 1912 March 28, 2012 in Washington, DC. The exhibition opens to the public March 29 and runs through July 8, 2012. (Photo by Win McNamee/Getty Images)

The sinking of Titanic has everything that fascinates both historians and the general public — one of man’s greatest accomplishments brought down by nature, the infallibility of the upper classes proven to be a myth, and the damning of arrogance. And we have also been captivated with the developments that have happened since the ship went down, such as Robert Ballard’s “secret expedition” and the spellbinding images that resulted.

RELATED: Now you can imagine what life would be like if Leonardo DiCaprio had lost his “Titanic” role to Paul Rudd

A new study, reported by The Independent, revisits the sinking of the most famous ship in history. Researchers now believe that the tragedy was caused not by an iceberg, but by one of the coal fires that powered the ship.

According to the study, new photos have “prompted researchers to blame the fire as the primary cause of the ship’s demise.” The images appear to show “long black marks along the front right-hand side of the hull, just behind where the ship’s lining was pierced by the iceberg.”

RELATED: Wreckage from these two lost space shuttles is being displayed to the public for the very first time

The fire, which reached 1000 degrees Celsius and burned for almost three weeks, was manned by a team of 12 men who were unable to extinguish it when the flames got out of hand. The heat significantly weakened the hull and made it far easier for the iceberg to slice through it.

One researcher described the sinking of the ship as “a perfect storm of extraordinary factors coming together: fire, ice and criminal negligence,” and said that such a high “temperature against steel it makes it brittle, and reduces its strength by up to 75 per cent.” 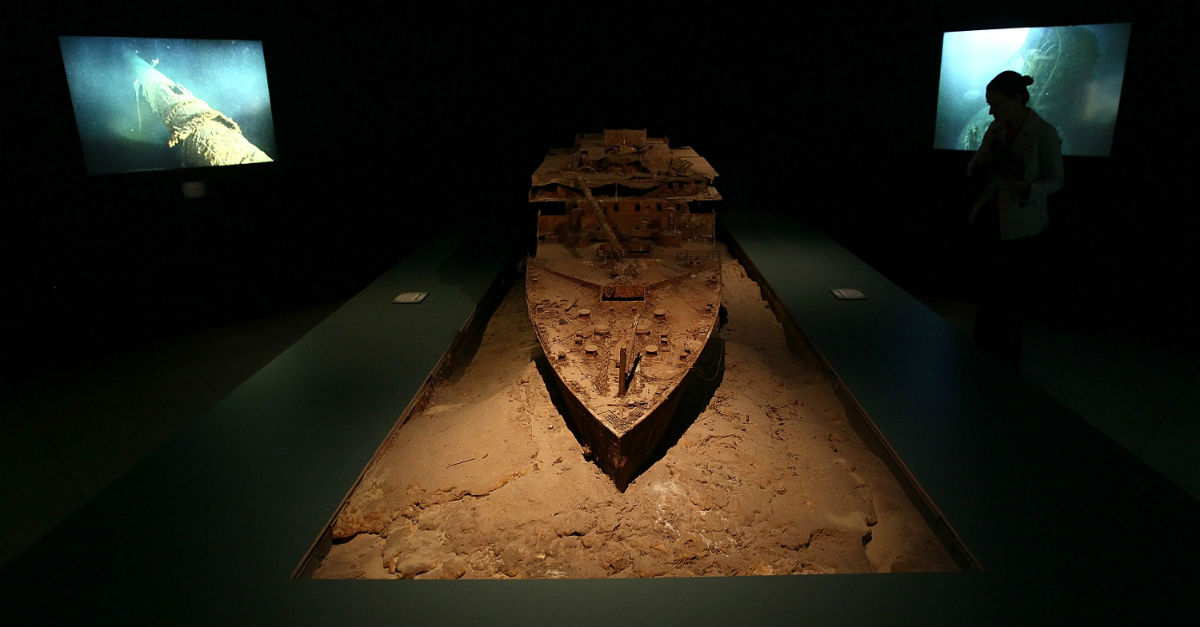