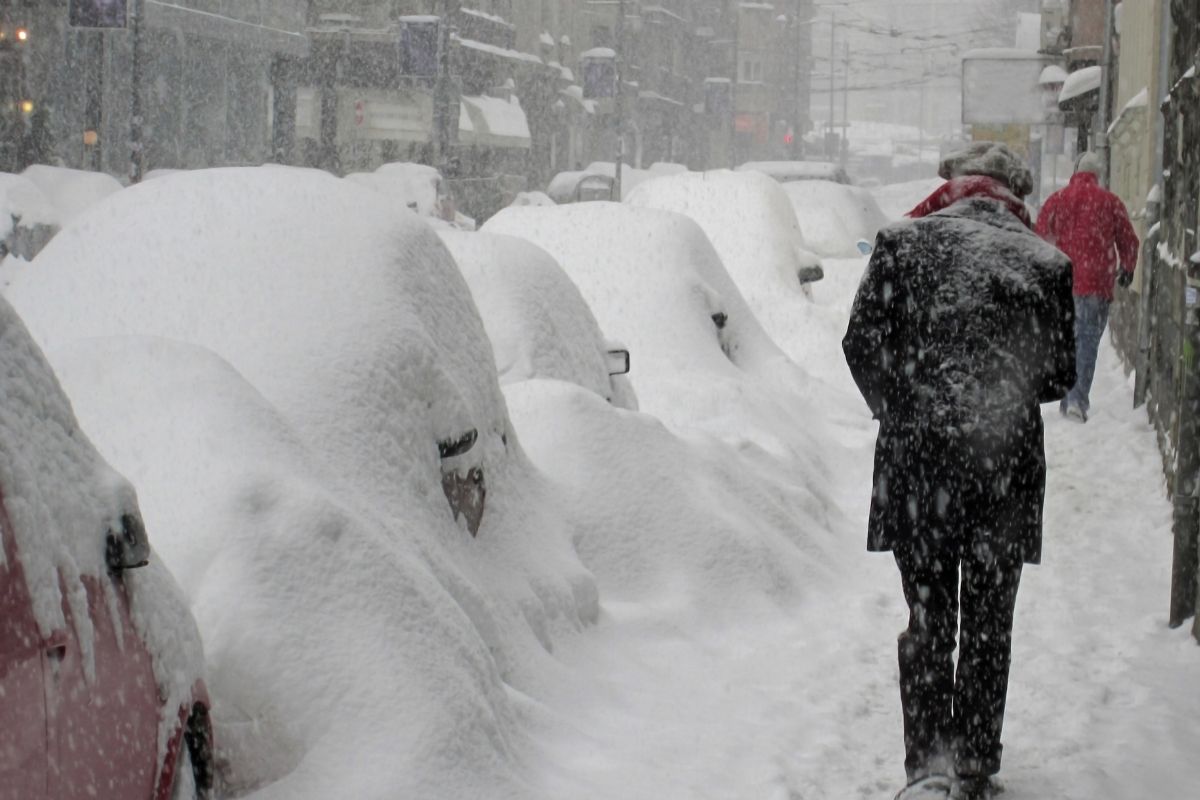 Holy moly, stay safe and warm New York City. Apparently, a major winter storm, that buried several across the Northeast, brought heavy blizzard-like conditions and is now forcing states across the region to cancel any vaccine appointments, close roads, schools, and suspend flights. The National Weather Service warned that widespread heavy snow of 1 to 2 feet of snow is forecast from Pennsylvania into New England, including New York City, Philadelphia, and Boston, through Tuesday with snowfall rates that can reach up to 3 units an hour and high wind gusts that are peaking as high as 60 miles per hour!

The storm that slammed California with up to 15 inches of rain and more than 100 inches of snow is now hitting the Northeast, burying cities of the Northeast under their biggest snowfall in years. New York City and New Jersey have declared a state of emergency on Sunday night. pic.twitter.com/Dk6KJ9E3OB

Several COVID-19 vaccination appointments were canceled and rescheduled in Connecticut, New York, New Jersey, and Rhode Island. Bill Karins, who is NBC’s news meteorologist, stated that the tri-state area could see its biggest snowstorm inches a total of 5 years, and New York City can get anywhere between 12 and 18 inches of snow, with up to 20 inches possible if the heavy snow sits over the city on Monday afternoon. The National Weather Service’s New York office forecast called for 21 inches Central Park, which could also tie for the fourth largest snowstorm in New York City’s history. But, to add the cherry on top, light snow will continue on and off throughout early Tuesday morning.

The National Weather Service gave a winter storm warning, telling people that travel conditions will be “difficult to Impossible” across the Northeast. According to the Maryland State Patrol, they answered almost 900 calls and responded to 330 crashes and around 150 unattended or disabled vehicles on Sunday due to the blizzard-like conditions. New Jersey Gov Phil Murphy stated that state troopers have responded to 340 accidents and 295 motorist aid calls.

NYC Mayor Bill de Blasio stated that the city has a “big challenge on our hands,” urging New Yorkers not to travel. He noted, “Blizzard conditions, stay off the roads, stay off the streets. We do not want any non-essential traveling going on.” DeBlasio also stated that schools will be closed on Monday and Tuesday, but are expected to reopen back on Wednesday.

The heavy storm has already blackened several parts of the Midwest on Sunday night, some saying it was the most snow it has experienced in several years. In Wisconsin, snow depths in some counties reached more than 15 inches, and Chicago got almost 11 inches of snow. Snow also fell down in the Washington metropolitan area with over 2 inches, and there’s another round of snow expected to fall. The crazy weather prompted President Joe Biden to postpone a visit to the state department that had been planned for Monday morning, according to a White House official. A major snowstorm indeed.

LIVE: See 3 Views of NYC Snow During the Nor’easter

Watch: Don’t Warm Up Your Car Before Driving On Cold Winter Mornings