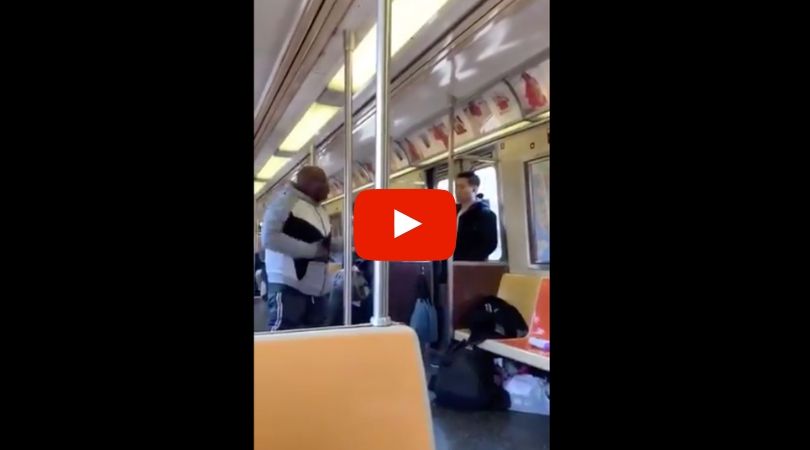 Man, oh man, some of you never grew up with manners and this definitely shows. A video, which has now gone viral on social media, is being investigated by detectives as a possible hate crime. The video shows an NYC subway passenger berating an Asian man before quickly spraying him with air freshener.

The altercation took place on the N train in Brooklyn, showing the angry straphanger yelling at the subway rider to leave and move away from him. Several believe this is an apparent act of discrimination based on the man’s ethnicity. This after the Asian community has seen an uptick in racist incidents against their race since the outbreak of the Coronavirus, also known as COVID-19, which began in Wuhan, China.

There's not a single confirmed case of an Asian infected in NYC. Stop discriminating cause the virus definitely doesn't. #racist #coronavirus pic.twitter.com/Wt1NPOuQdy

The man is heard yelling, “I don’t want him under me! Tell him to move!” As the Asian man just stood in shock and said nothing during the man’s rant. When the Asian man doesn’t move, the enraged man then sprays the Febreze air freshener in his direction for 15 seconds.

That’s when the victim confronts the Febreze sprayer, “Why is that? Why can’t I sit next to you?” As the assailant repeats, “You better move – you’re being dumb right now. You’re being dumb.”

After making its rounds on social media, the NYPD Hate Crimes Task Force is now launching an investigation in the event the MTA calls an “example of racism.” The NY Metropolitan Transportation Authority also tweeting the video reminded the public that what helps stop the spread of coronavirus is washing your hands, coughing and sneezing in your elbow and staying home if you’re sick.

What works in stopping the spread of Coronavirus:
1. Wash your hands for at least 20 seconds
2. Cough and sneeze into your elbow
3. Stay home if you're sick

Many who saw the video on social media, which was also tweeted by Chinese American Actress Celia Au, have been agreeing with the Hate Crimes Task Force, saying the man was a clear target or discrimination. According to NYC Public Advocate Jumaane Williams, “I think there’s an idea floating around, somehow, that people should stay away from Chinatown, and things of that nature. I think it’s all based on misinformation [and] latent prejudice.”

As far as authorities at the time of the incident, police were called to the scene, but unfortunately, the train was gone. The case is still an ongoing investigation. As of March 11, 2020, there have been more than 140 Coronavirus cases confirmed in New York City so far.