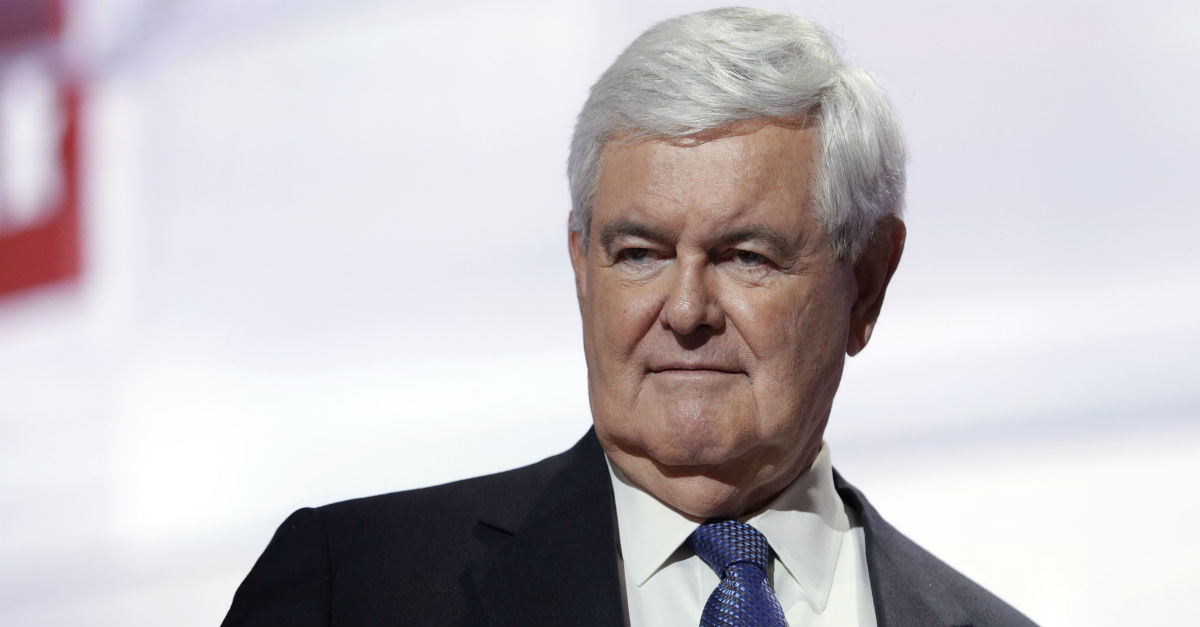 With Roger Ailes and Bill O’Reilly ousted from Fox News due to allegations of sexual harassment and the network reportedly looking at more legal troubles, Newt Gingrich told Sean Hannity on Monday night that there is a war going on against the conservative-leaning news network.

Hannity, accused by former Fox News guest Debbie Schlussel of once putting her in an unsavory position at a hotel in Detroit that ultimately ended her role as a contributor on his program, opened his show with a monologue about what he calls “liberal fascism.”

He said there is “a well-orchestrated effort by the intolerant left in this country that is designed to silence every conservative voice and by any means necessary.”

RELATED: Hannity is making a serious decision after being accused of sexual misconduct

Hannity continued: “I can no longer let the left’s slander against me slide. If there’s any person, any group, any organization, any media outlet that slanders, lies about me, besmirches me, my character, I’m going to be calling them out. Because at this point, enough is enough.”

He suggested anyone who publicly supported President Trump is a “target,” and said that “there is a real threat to freedom of expression.”

Gingrich, the former House speaker who is the author of a book he’s currently promoting called “Treason,” was then introduced onto the show and expounded on Hannity’s statement. Gingrich said, “the left is in a rage,” adding, “these people are crazed, they’re unhinged.”

He then suggested there is a war going on against Fox News.

“There’s a war against Fox News for a practical reason. Fox News is the one place where you get reasonably accurate coverage of Donald J. Trump,” Gingrich said. “If you’re The New York Times or CBS News or The Washington Post, you would love to live in a world with no Fox News. And so there’s literally a war going on with money being raised to hire lawyers, to set up fights, to do investigations, so you’re a piece of that action. But you’re also a piece of this much broader action that all across America, the fascist left has decided that they have to shut us up because we’re winning the argument and we’re winning elections.”