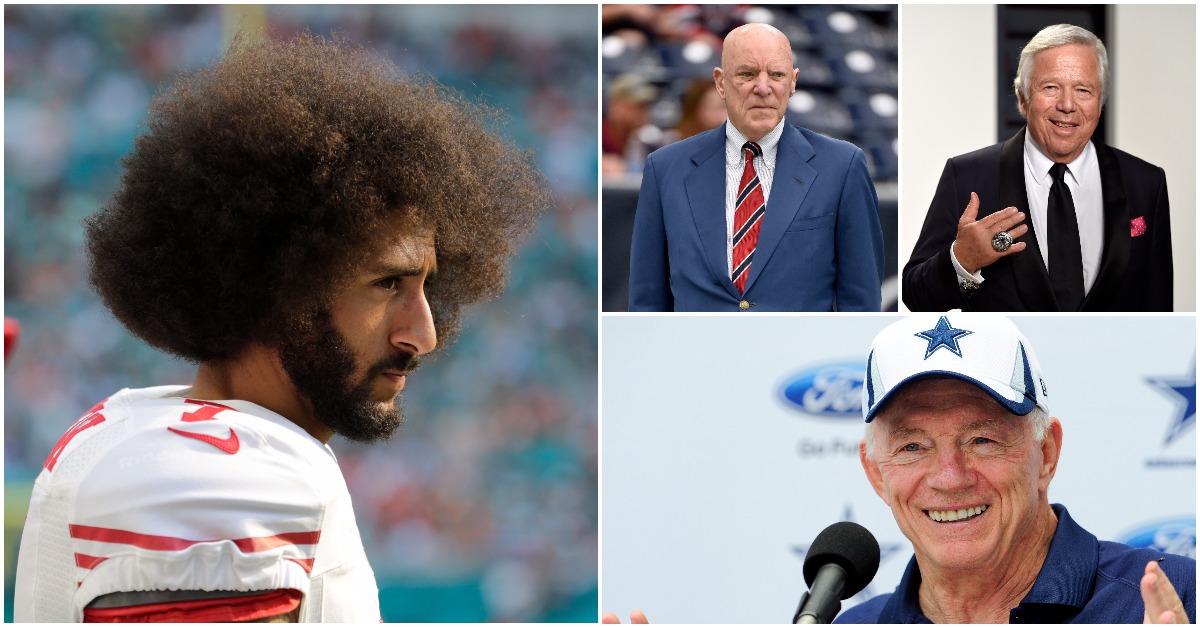 Dallas Cowboys owner Jerry Jones, New England Patriots owner Robert Kraft and Houston Texans owner Bob McNair are among the NFL team owners that will be deposed in Colin Kaepernick?s collusion case against the NFL, according to a Friday report by ESPN?s Adam Schefter.

Schefter reported the owners will be asked to turn over all cell phone records and emails in relation to the collusion case.

Others owners, teams and league officials also will be deposed, but Schefter reported they have not been confirmed as of Friday.

RELATED: Colin Kaepernick?s lawyer issued a bold claim about his future in the NFL

On Oct. 15, Kaepernick filed a grievance against the NFL accusing owners of collusion and preventing him from being signed to another team, according to ESPN.

Kaepernick, a second-round pick in the 2011 NFL draft, is one of the most accomplished free-agent quarterbacks on the market. The former quarterback for the San Francisco 49ers led his team to the Super Bowl in 2012 and the NFC Championship in 2013 before opting out of his contract in March.

Kaepernick, who has not been re-signed by any NFL team, began taking a knee in protest of police brutality and social injustice during the playing of the national anthem last season.