An NFL running back for the Browns named Isaiah Crowell responded to recent police shootings of Alton Sterling and Philando Castile by uploading an image of a police officer getting his throat slit and writing “they give polices all types of weapons and they continuously to kill us #Weak.”

Crowell has since deleted the image and has been on an apology tour, calling his post of the picture “an extremely poor decision.”

But the story doesn’t end at the apology.

According to Deadspin, the Cleveland Police Patrolmen’s Association is now threatening to boycott working Browns games this year unless Crowell makes the situation right.

The president of the police association, Stephen Loomis, told TMZ that Crowell’s apology was “store-bought” and is demanding that he “go to Dallas, help the families who lost their loved ones last week, write them a check, look them in the eyes and give a heartfelt apology.”

RELATED: The woman who called the Dallas shooter a “martyr” just learned the consequences of her viral video

Loomis went on to say that Crowell’s post was as “offensive as putting a picture of historical African-American men being hung from a tree in the 60s.”

“I will pull Cleveland officers, sheriffs, state troopers out of First Energy Stadium this season if he doesn’t make it right,” Loomis said. “You’re a grown-ass man, and you claim you were too emotional to know it was wrong? Think we’ll accept your apology? Kiss my ass.”

RELATED: What this woman decided to call the Dallas cop killer in a video will make your jaw drop

For his part, Crowell posted a video saying no one put him up to taking down the photo, apologized, and said he became “part of the problem” by posting the picture.

He also vowed to donate his first game check to the Dallas Fallen Officer foundation. 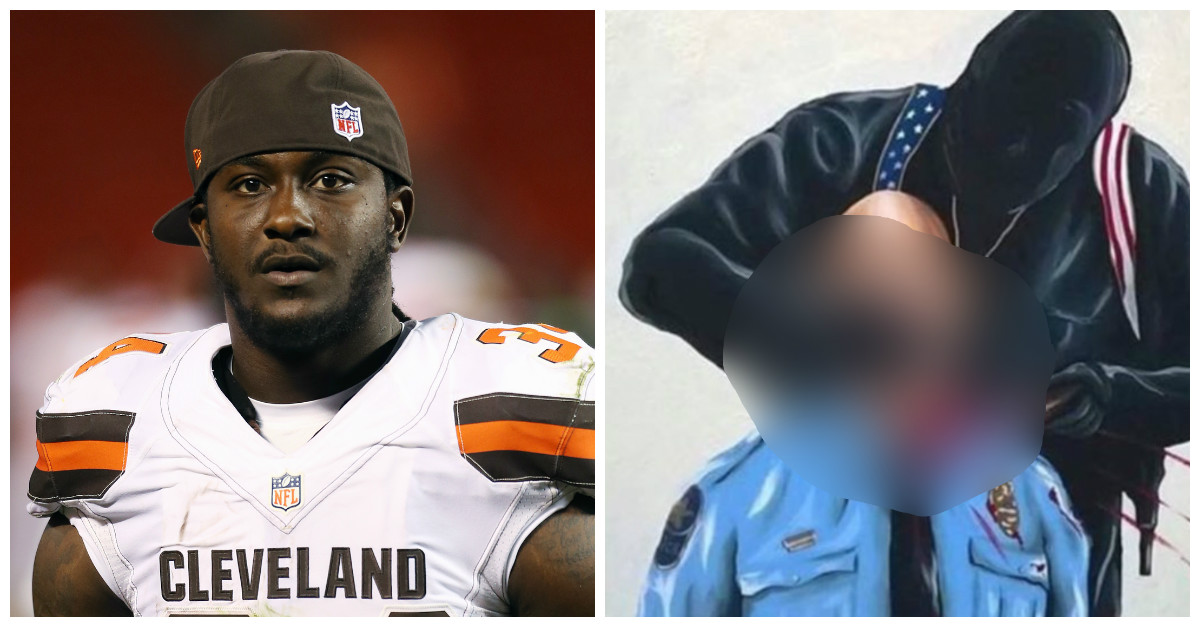