North Korea is suddenly talking with South Korea in a way it hasn’t in years, but what does it mean? 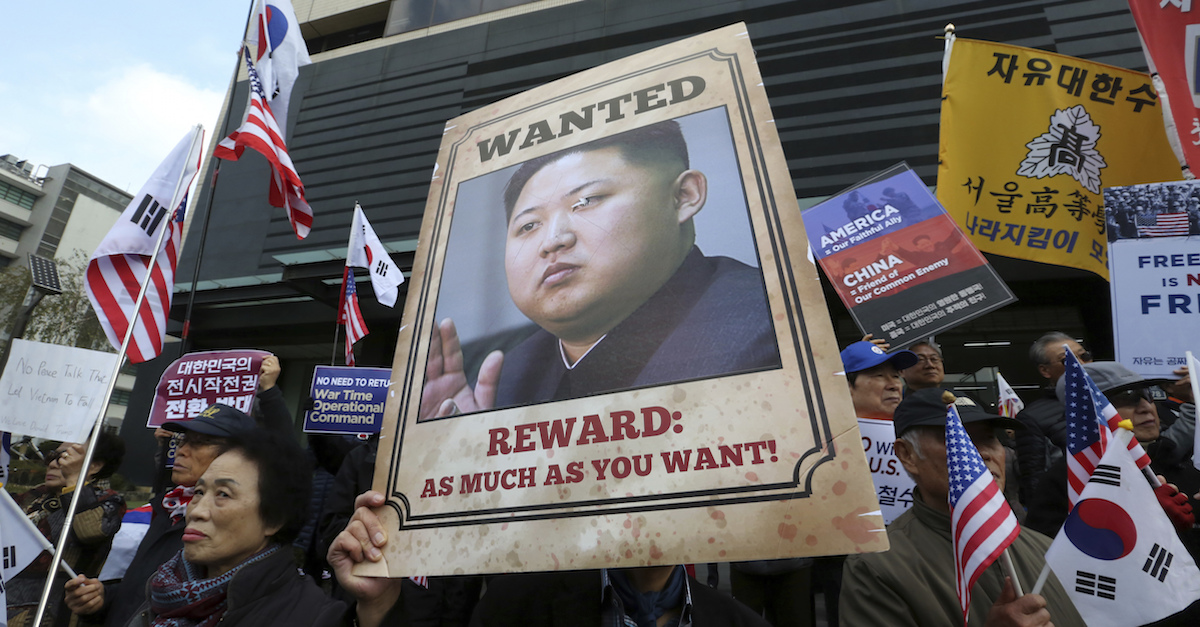 Even as President Donald Trump and Kim Jong-un continue sparring verbally, highlighted by Trump’s most recent comments about his “Nuclear Button,” South Korea seems to have made initial progress ahead of the Winter Olympics when it comes to achieving its goal of reopening dialogue with North Korea.

North Korean leader Kim Jong-un reopened a key cross-border communication channel with South Korea for the first time in nearly two years Wednesday as the rivals explored the possibility of sitting down and talking after months of acrimony and fears of war.

In his New Year’s address Monday, Kim said he was willing to send a delegation to next month’s Winter Olympics in South Korea. But he also said he has a “nuclear button” on his desk and that all U.S. territory is within striking distance of his nuclear weapons, comments Trump latched onto Tuesday when he boasted of a bigger and more powerful “nuclear button” than Kim’s.

“North Korean Leader Kim Jong Un just stated that the “Nuclear Button is on his desk at all times.” Will someone from his depleted and food starved regime please inform him that I too have a Nuclear Button, but it is a much bigger & more powerful one than his, and my Button works!” the president tweeted Tuesday evening.

Earlier in the day, Trump referred to Kim Jong-un as Rocket Man and warmed to the idea of North and South Korea dialoguing while remaining skeptical.

Sanctions and “other” pressures are beginning to have a big impact on North Korea. Soldiers are dangerously fleeing to South Korea. Rocket man now wants to talk to South Korea for first time. Perhaps that is good news, perhaps not – we will see!

Ri Son Gwon, chairman of the Committee for the Peaceful Reunification, made the announcement on Kim Jong-un’s behalf, saying that North Korea will try to engage with South Korea in a “sincere and careful” manner by “upholding the will of the supreme leader, [Kim Jong-un].”

But what does this mean and why would North Korea talk now?

In its report, The New York Times said Washington worries that North Korea is attempting to disrupt enforcement of U.S. sanctions on the rogue nation while also furthering its nuclear goals.

But Washington worries that its South Korean ally, in its eagerness for dialogue, might make too many concessions to the North, like allowing it to keep its nuclear weapons program intact.

Analysts say that North Korea is trying to improve ties with South Korea to create a breach in Washington’s campaign to enforce maximum sanctions and keep up the pressure against the impoverished country.

In other related recent North Korea news, retired U.S. Navy admiral Mike Mullen warned that we are as close as we ever have been to nuclear war with North Korea. Kim Jong-un boasting of having a “nuclear button” under his desk didn’t help invalidate that claim, nor did images of the North Korean people enjoying New Year’s ice sculptures of missiles and missile carriers.

In the video above, you can see North Korean citizens smiling in front of the ice sculpture version of the Hwasong-15 (“Mars”) missile, an inter-continental ballistic missile (ICBM) that got the world’s attention in November when it flew as high as 2,800 miles and traveled for 50 minutes, as ABC News reported then.

The missile, which North Korea claimed puts the “U.S. mainland […] within our nuclear strike range.” It was also warned that North Korea has explored the possibility of adding anthrax to its ICBMs.

These sculptures were shown off at the Pyongyang Ice Sculpture Festival on Sunday as part of a New Year’s celebration. It was there alongside innocuous sculptures of buildings, dolphins and a tractor.