North Korea has time and again created propaganda videos for the world to see, and the latest one is just as unhinged as the rest.

RELATED: “Hitting a bullet with a bullet.” That’s the U.S. plan to defeat North Korean missiles

The USS Carl Vinson has played a role in annual joint drills conducted by the U.S. and South Korea.

Previously, North Korea responded to those drills through its media by saying it would attack the U.S. by land, air, sea and under the sea if the drills threatened “the DPRK’s sovereignty and dignity even a bit.”

“If they infringe on the DPRK’s sovereignty and dignity even a bit, its army will launch merciless ultra-precision strikes from ground, air, sea and underwater,” declared North Korean state media in March 2017. “On March 11 alone, many enemy carrier-based aircraft flew along a course near territorial air and waters of the DPRK to stage drills of dropping bombs and making surprise attacks on the ground targets of its army.”

As the Telegraph noted, the video as translated says, “Should F-35 [Raptor], B-1B [Lancer] or the Carl Vinson lead the U.S. attack, they will head to the grave in that order,” showing fictional explosions.

North Korean Foreign Minister Ri Yong said the “whole world should clearly remember it was the US who first declared war” adding, “Since the United States declared war on our country, we will have every right to make countermeasures, including the right to shoot down United States strategic bombers even when they are not inside the airspace border of our country.” 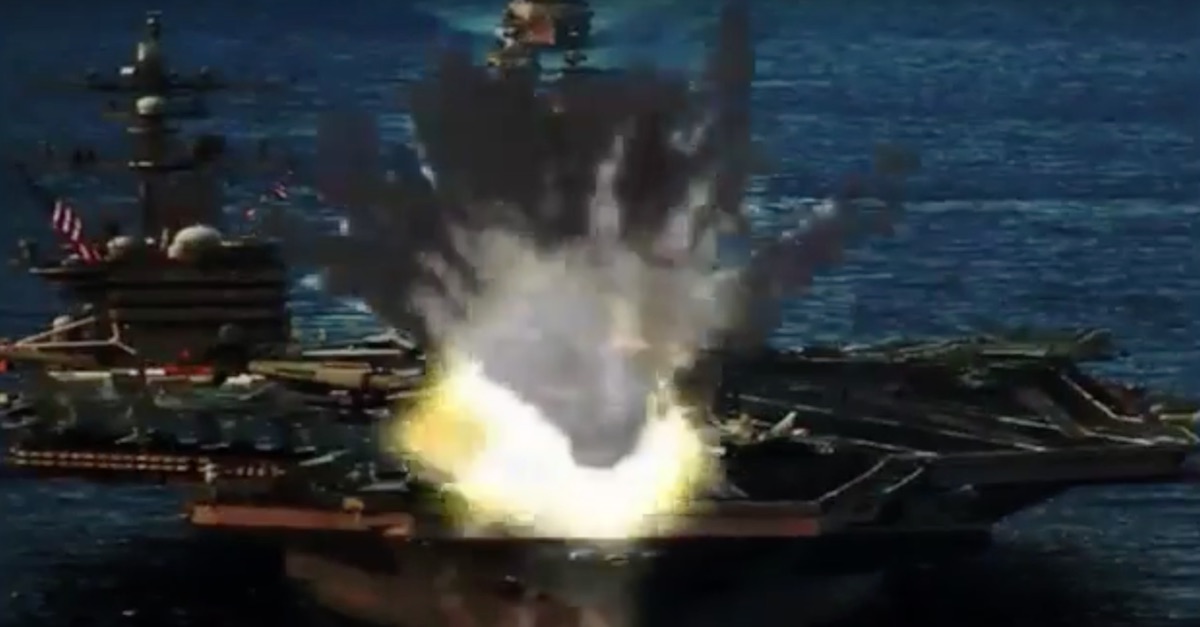