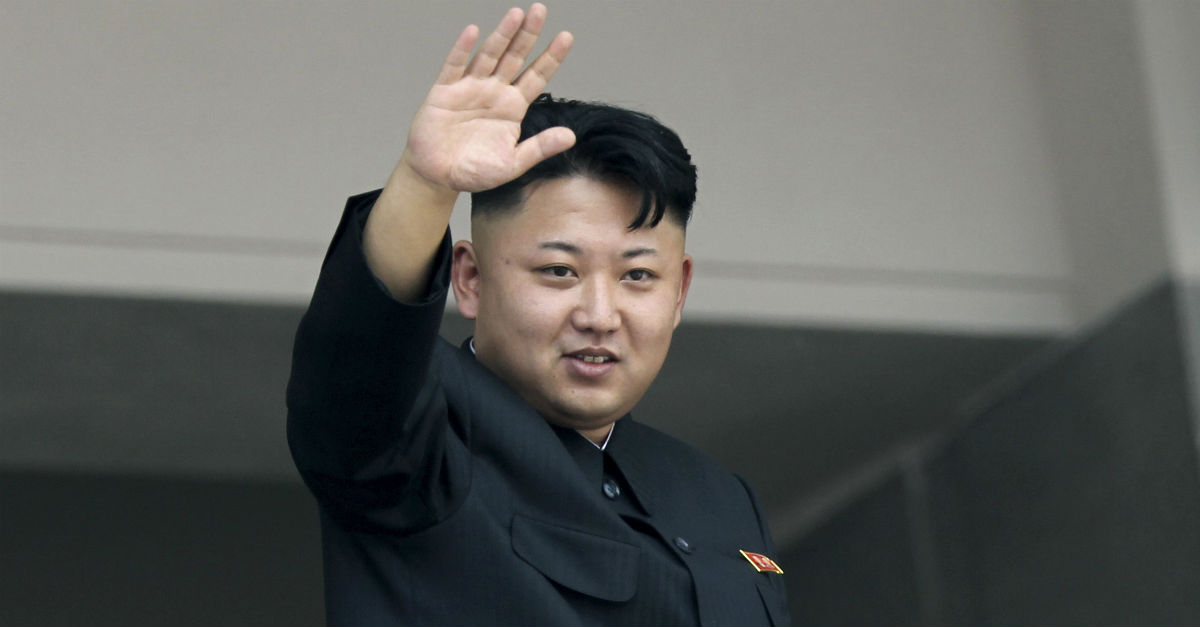 (AP Photo/Wong Maye-E, File)
In this July 27, 2013 photo, North Korea's leader Kim Jong Un waves to spectators and participants of the parade, during a mass military parade celebrating the 60th anniversary of the Korean War armistice in Pyongyang, North Korea. North Korea, the world’s last great master of socialist spectacle, is likely to deliver a big one when its ruling party holds its first congress in 36 years later this week, scheduled to begin on Friday, May 6, 2016. (AP Photo/Wong Maye-E, File)

The trash talking between President Donald Trump and North Korea continued to escalate over the weekend with North Korea’s Foreign Minister Ri Yong Ho telling the United Nations that the president is  “mentally deranged.”

On Saturday, Ri spoke before the UN and threw plenty of insults and accusations at the White House. At one point during his visit, Ri called Trump “a mentally deranged person full of megalomania” who is “holding the nuclear button,” according to the Associated Press.

The foreign minister also made a number of other fiery remarks including declaring that “Trump might not be aware what is uttered from his mouth” and that the United States’ 45th president is on a “suicide mission” — a statement which echoed Trump’s own speech to the U.N, CBS reports.

RELATED: ?Hitting a bullet with a bullet.? That?s the U.S. plan to defeat North Korean missiles

Ri indicated that the Hermit Kingdom isn’t fond of the White House’s nickname for their leader, saying, “Due to his lacking of basic common knowledge and proper sentiment, he tried to insult the supreme dignity of my country by referring it to a rocket.” He also stated that nations who do not align themselves with the United States “have nothing to worry about.”

During a Friday night speech in Alabama, Trump continued to blast North Korea, declaring, “We can’t have madmen out there, shooting rockets all over the place.” He then added: “By the way, the Rocket Man should’ve been handled a long time ago,” Politico notes.