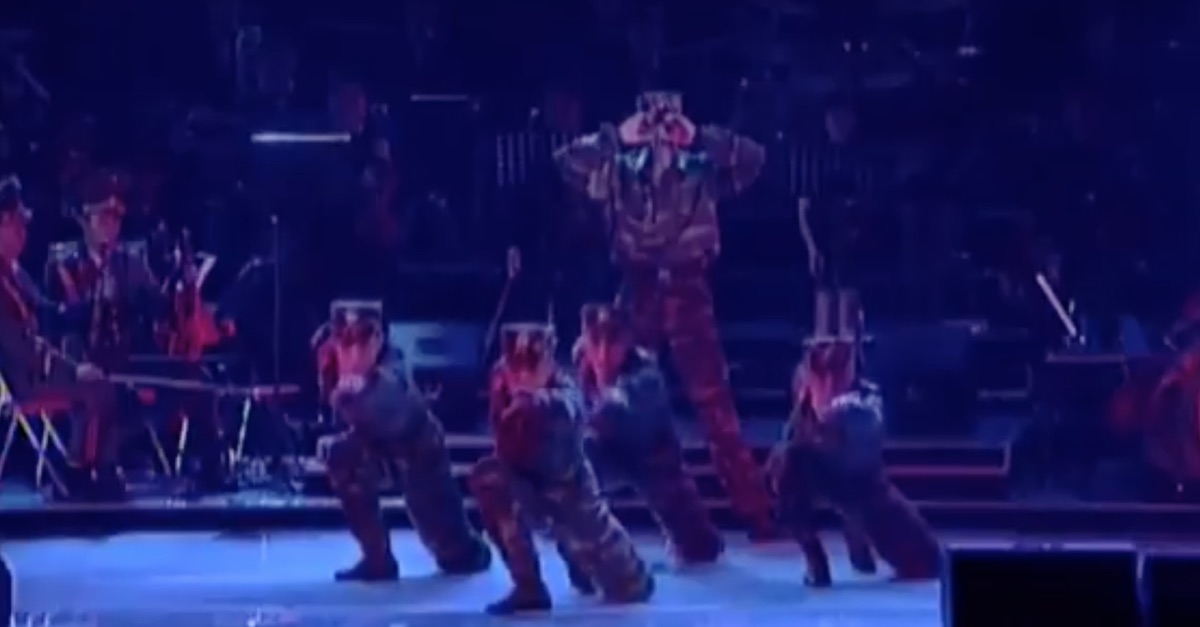 Everyone knows that North Korea has, let’s call it, a flare for the dramatic, but the latest propaganda tool to be unveiled to the world really takes the cake.

The bizarre video of a dance routine put out for the world to see by North Korea’s state-run media leads us to ask the important question: Is this Kim Jong-un’s idea of badassery?

We’re left to assume that this dance routine would have never happened in the first place, let alone be shown off to the free world through the North Korean media, if it wasn’t something the man at the top watched with pride.

This is, to say the least, a different approach to striking fear in the heart of one’s enemies.

In the past, North Korea has put aside the dance floor and over-the-top choreography, and gone for a more direct message instead.