If you’ve ever gotten fed up by a noisy neighbor, this hack is for you. Candice Marie Benbow was just wanted to get some sleep when her neighbor decided to throw a party and blast music from his apartment at three in the morning. Amit anger, Candice took the time to send a message to her noisy neighbor in the nicest way possible.

Candice got to work and wrote a tongue-in-cheek note to her neighbor, lamenting on how she expects to hear his music every evening and how she loves to hear some of her favorites and learn about some new songs she didn’t know before. She left the note on her neighbor’s doorstep along with a pound cake and shared her experience on Twitter. Get the popcorn and the tissues people, this is Twitter gold.

The letter went on to document what she could have been doing at that time in the night rather than be rattled awake by his music. She went on to share that she decided to bake him a cake around 4 AM, she stated she was being more considerate than he was.

He wasn’t there to answer the door, but Candice noticed that the cake was gone the next time she looked, taking it as a good sign he saw the note. She continued tweeting, sharing that what she did was over-the-top, but the fact that he threw a house party in the middle of the night was outrageous as well. 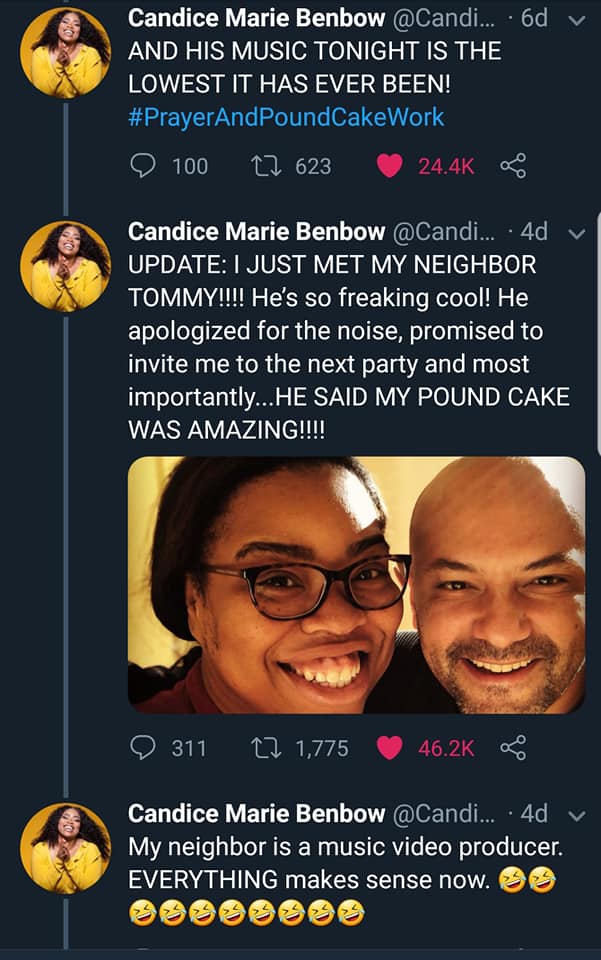 A day later Candice noticed that the music was much lower than usual. A few hours later she got the chance to meet her neighbor face to face! Turns out he’s a music video producer; It makes so much more sense now. 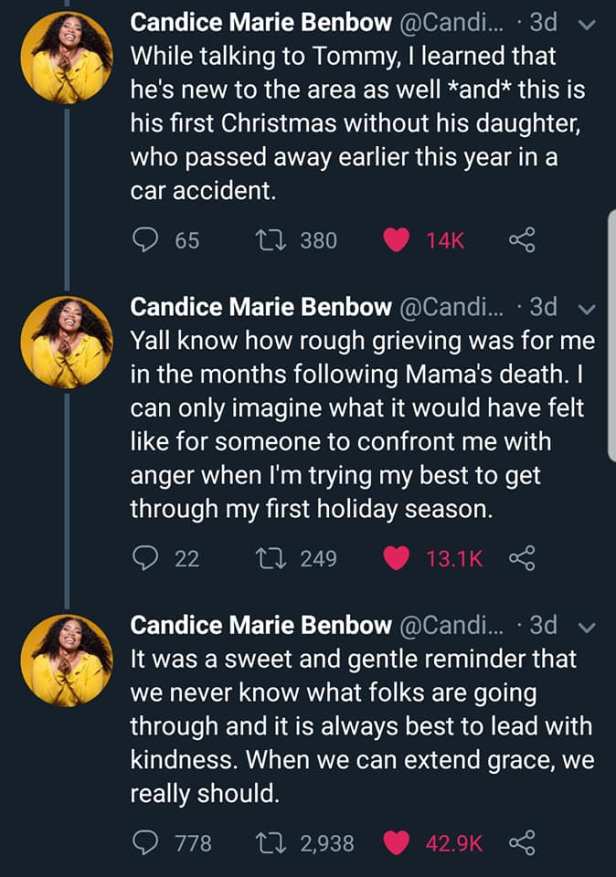 But that’s not all. After speaking with Tommy, Candice found out that this holiday season was the first without his daughter, who had died earlier this year. It just goes to show that everyone is going through something; a little cake and a gentle letter can go a long way.

Watch: 5 Types of Turtles You Can Have as Pets