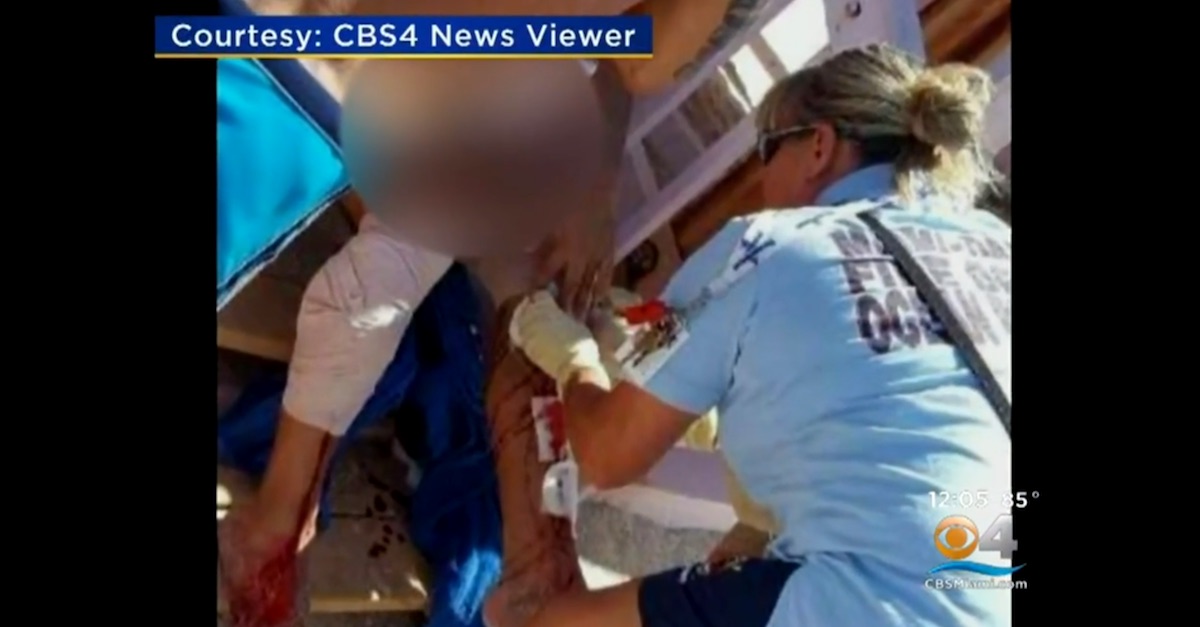 A man who was getting in some R&R at Haulover Beach in Florida, a beach known for being clothing-optional, was victimized by a 4- or 5-foot-long biting bull shark that sent other beachgoers scrambling to the safety of the sand.

RELATED: Blood in the water: a man in North Carolina tried grabbing a shark by the fin and regretted his choice right away

If you can't be at Haulover Beach, where's the next best place to be clothes-free?

The incident happened Sunday afternoon after lifeguards started alerting people to get out of the water.

The pictures of his injuries floating around look gruesome.

Witness Donovan Cecil told WPLG that he saw the shark head straight for its human prey and “gave him a little tug.”

“It started getting closer to the people at the sandbar and they tried to get out. One guy, it went straight towards him and bit his leg, pulled him, gave him a little tug, and I was freaking out,” he said. “It could have been a lot worse.”

The victim’s leg injuries were not life-threatening.

RELATED: She felt a bump in the water and watched as her arm was torn ?clean off? by a monster shark

Days before the attack, a shark was spotted in the area.

Yup they closed the beach on us in Sunny Isles/Haulover today THATS A DAMN SHARK chillin pic.twitter.com/0mSzDEBLGZ

It’s not clear if it was the same one.