Businesses Board up Windows Ahead of 2020 Presidential Election 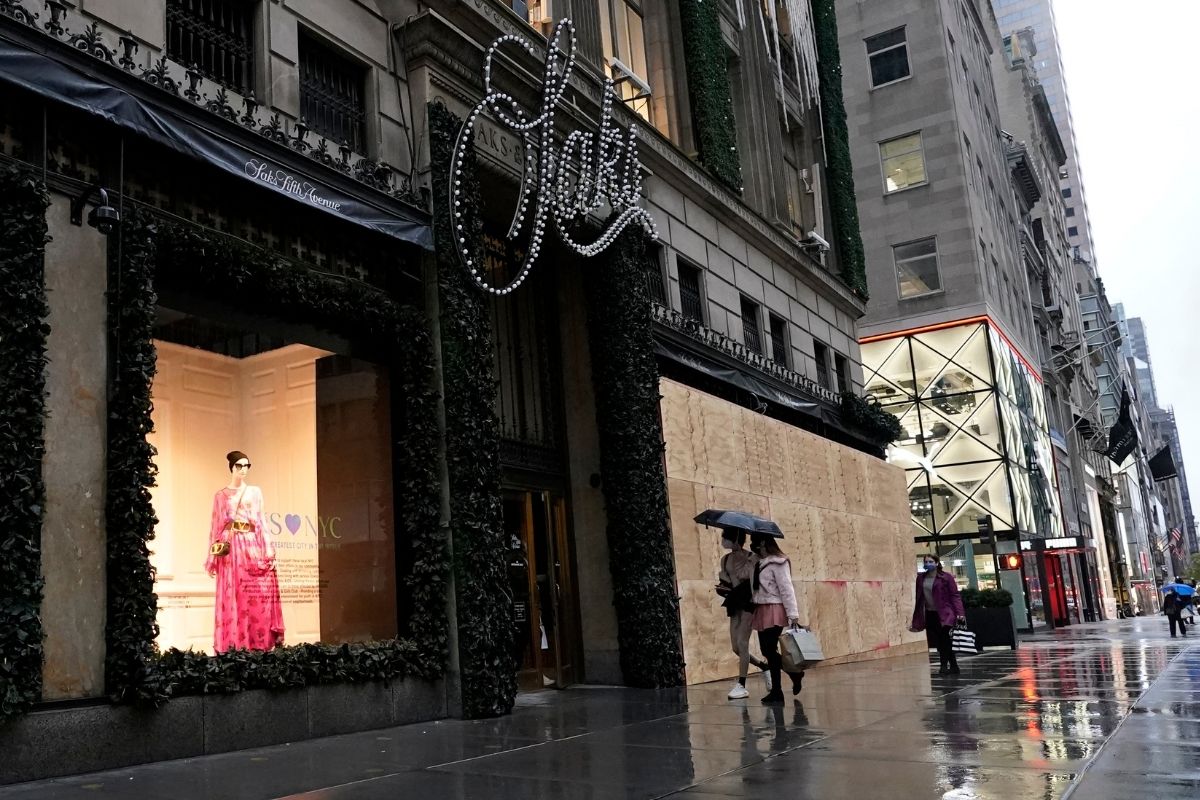 With just a few days away from the presidential election, several businesses in New York City have decided to take extra precautions. Businesses have now begun to board up their storefronts over fears of potential civil unrest and heavy riots.

Stores in Soho, Midtown, and several other parts of Manhattan have covered up their glass windows with plywood ahead of the face-off between President Donald Trump and Democratic presidential nominee Joe Biden. One of the biggest stores in New York City, Macy’s, boarded up its windows as fear grows about election night and the days that will follow.

Macy’s Store Boarded Up Ahead of Election Day

The boarding up is a familiar sight to the weeks of protest in NYC and around the country following the death of George Floyd, which was accompanied by destruction and looting of businesses and public locations. Macy’s released a statement about the situation, noting, “Our windows at Macy’s Herald Square were previously scheduled to be dark next week in set-up for our annual holiday displays. Out of an abundance of caution, we are implementing additional security measures at several of our stores.” Although windows will be boarded, Macy will not go on lockdown, stating it plans to maintain the regular business hours through the weekend and into election day.

Mayor Bill de Blasio addressed concerns about the outcome of Election day to New Yorkers, nothing that peaceful protest will be respected and facilitated, and any violence and looters will be stopped immediately. De Blasio stated, “We’re going to be prepared for a lot of protests, prolonged protests, potentially different protest groups confronting each other. It’s too early to tell what that’s going to look like.”

Stores Boarded Up Ahead of Election Day

Washington D.C. and Los Angeles (so far) are being boarded up in anticipation of #ElectionDay on Tuesday.

What are we becoming, a Third World country? We’ve had 200+ years of peaceful elections – why are we regressing? https://t.co/mk9qv0I40r

It is not clear how many stores have taken precautions already by covering their windows, but the number is expected to grow as a countdown to the election day drops. NYPD commissioner Dermot Shea stated the department has been advising Midtown businesses to remove their merchandise from the sidewalk in order to allow any potential protesters to move unimpeded. Earlier this month, NYPD issued a memo notifying all uniformed officers they should be prepared for deployment in case protests intensify leading up to and beyond election day.

Other retailers that decided to board up their Windows include Chanel, Levi’s, Gucci, Staples, and Taylor, Saks Fifth Avenue, Louis Vuitton, Bloomingdales, Bergdorf Goodman, and Bed Bath & Beyond.