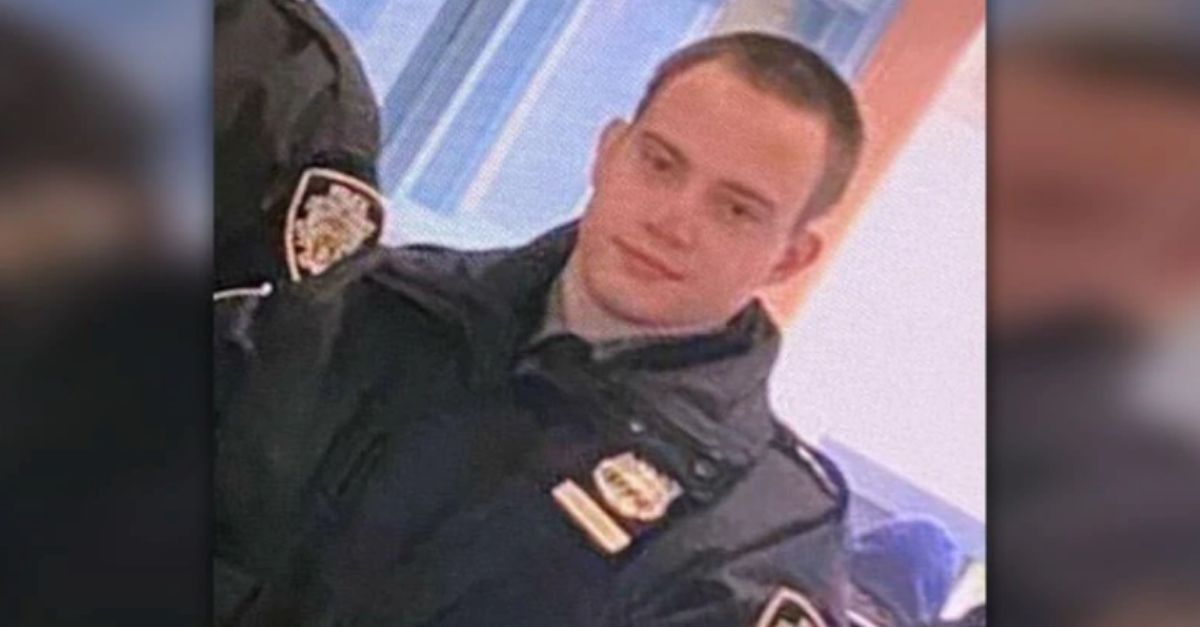 Nassau County cops have stated an off-duty NYPD cop is believed to have shot and killed his “best friend” on Long Island. According to authorities officers responded after 8 p.m. to a shooting that occurred at a home on Langdon Road in Farmingdale. When officers arrived they found a 25-year-old man, identified by his stepmother as Chris, who suffered fatal gunshot wounds.

Authorities stated the New York City Police officer was drinking out with a childhood friend when they began arguing among themselves in the street. One of the men was choking another when the officer shot the chocker in the head. According to a high-ranking police source, the officer was identified as Errick Allen, a new officer who graduated from the academy a few months ago and was assigned to the 109th Precinct in Flushing, Queens.

She believed the shooting was not self-defense, rather an “execution” over a fight over a woman. Nassau County Police Commissioner Patrick Ryder confirmed the shooting, saying the altercation was between the two men, and the officer indeed used his weapon on the victim. After shooting the man, Allen returned home and told his father that he had used his weapon. That’s when he and his father returned to the scene a few hours later. Cops and first responders had already been called to the scene by motorists who were passing by and found the victim dead in the street.