NYPD Whacked in The Head With Stick While Investigating Crime Scene 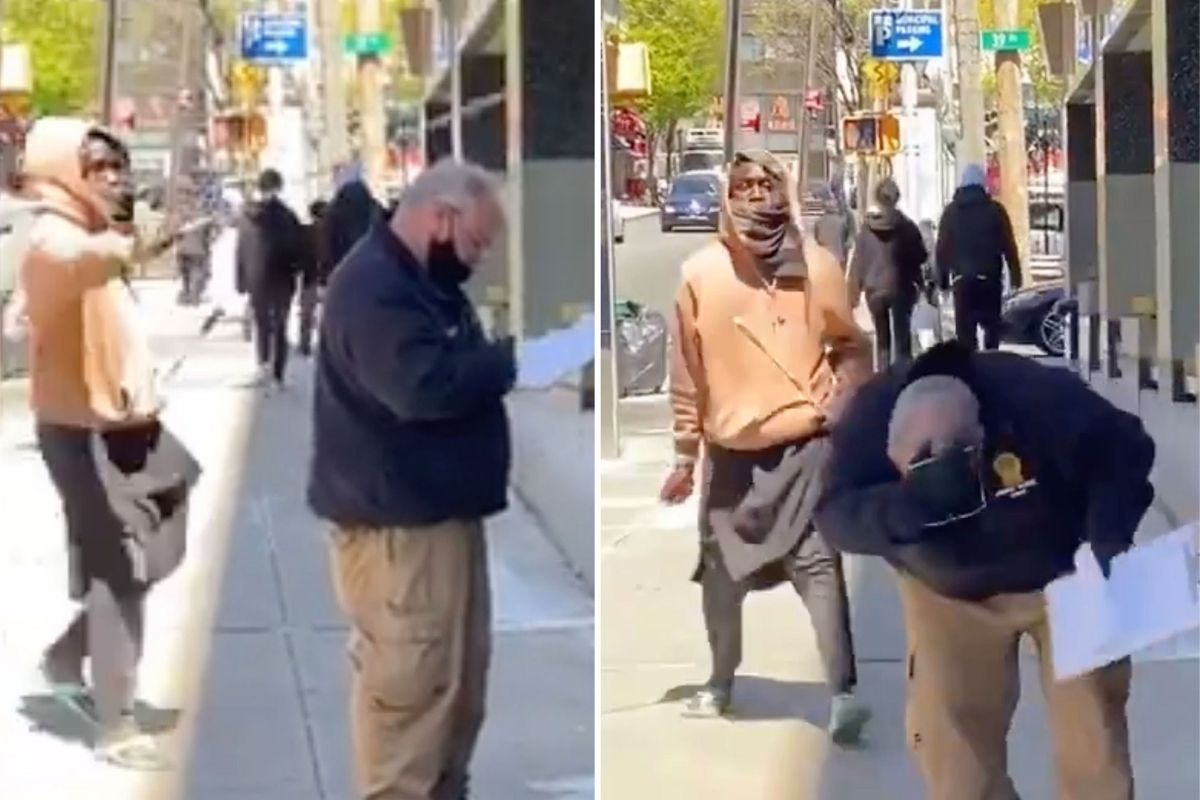 No one is safe, not even NYPD Detectives trying to solve a mystery. Apparently, a man struck an NYPD detective over the head with a plastic stick in a broad daylight attack which took place as the officer was investigating another crime. The cop was allegedly processing a scene of a robbery located in Queens when he was assaulted by a man. Detectives Endowment Association shared footage on social media that showed the cops standing outside the crime scene and taking notes near broken glass. That’s when a man holding 2 long white sticks creeps up behind them and whacks the officer in the head. The NYPD officer was seen crouching down while holding his head in pain.

Someone in the background can be heard saying “what happened?” as the attacker ran away and crossed the street. A man who appeared to be a bystander and another uniformed officer can then be seen taking off after the suspect. 25-year-old Akeele Morgan was quickly arrested from the scene on 39th Avenue near Prince Street in Flushing.

NYPD Officer Wacked in the Head

Even as our Detectives investigate crimes they’re attacked by emboldened criminals, who have quickly realized there are no consequences for law breakers in our city.

The DEA is calling for this violence to be fully prosecuted as we look to file civil charges. pic.twitter.com/3FuiBEEcE1

The suspect was charged with assault, criminal possession of a weapon, disorderly conduct, and resisting arrest. The detective was taken to a local hospital and was treated for minor injuries. The police department stated that he works for the Department’s Crime Scene Unit. The police officer apparently suffered a gash to his head and a wound whip mark. According to his Union, there has been no motive immediately provided for the attack.

New York City DEA President Paul DiGiacomo released a statement of the incident, noting, “Once again, New Yorkers witness just how emboldened violent criminals are. If there’s anyone wondering why this happened, they can ask their elected officials who have created a city of no consequence for criminality.” The Detective’s Endowment association tweeted about the incident, stating, “Welcome to NYC! Even as our Detectives investigate crimes they’re attacked by emboldened criminals, who have quickly realized there are no consequences for law breakers in our city. The DEA is calling for this violence to be fully prosecuted as we look to file civil charges.”