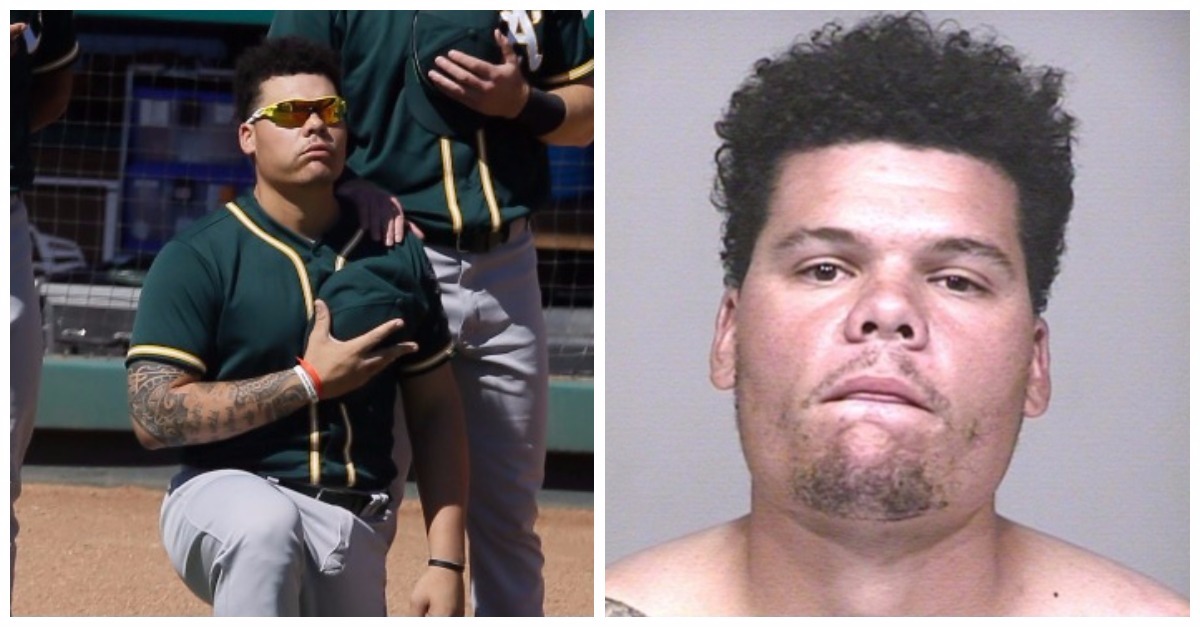 Bruce Maxwell, the Oakland Athletics catcher who made headlines by becoming the first Major League Baseball player to kneel in protest, is now making headlines for a much more disturbing reason.

Maxwell was arrested last weekend for allegedly pointing a gun at a female food delivery person in Scottsdale, Arizona, which comes just days after he claimed a waiter in his Alabama hometown denied him service — the waiter denies this.

The 911 call made by the Postmates food delivery driver was obtained by TMZ and reveals bizarre behavior by the big-league catcher. The woman seems clearly shaken after a bare-chested Maxwell apparently pulled a gun on her while she was trying to make a routine food delivery.

RELATED: As long as NFL players “take a knee,” this retired Navy officer is taking a stand

The woman told the 911 operator that she wasn’t sure if Maxwell was doing anything illegal because she was on his property. The operator quickly told her that pulling a gun on a delivery person is not acceptable.

The police responded to Maxwell’s home and arrested him for aggravated assault, according to the police report obtained by TMZ. Maxwell was apparently uncooperative during the arrest and screamed at police using expletives.

The ballplayer has been banned by Postmates from using the food delivery service again.