Obama and Clinton staffers are already feeling the pain of a Trump administration, because they can’t find jobs 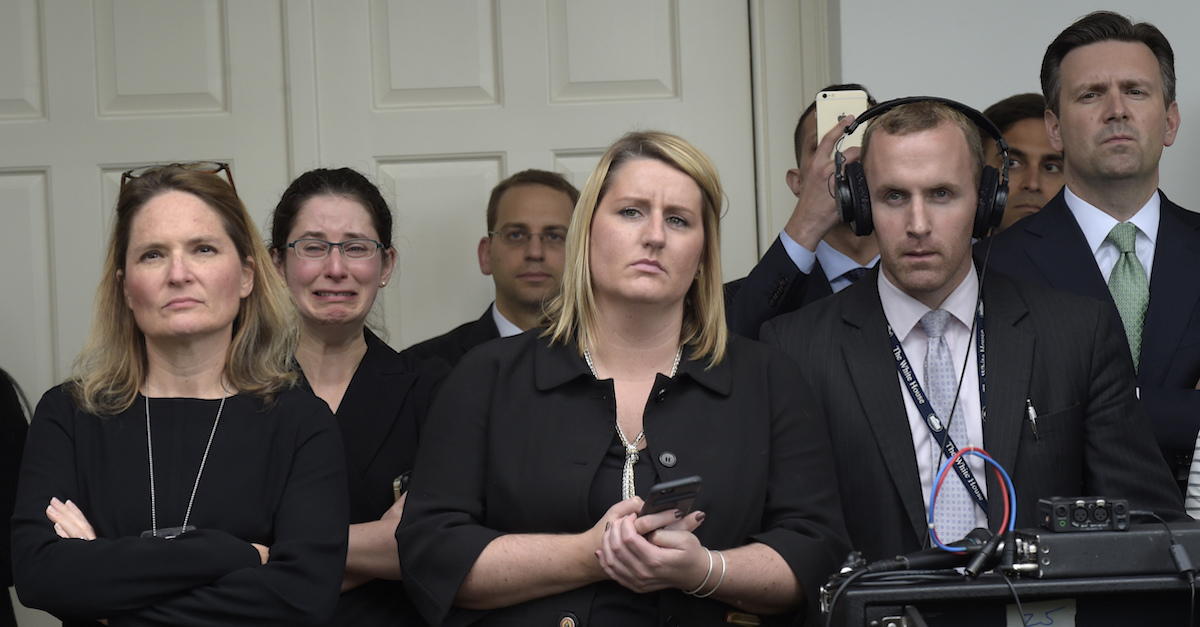 Obama Administration and Hillary Clinton campaign staffers are feeling the pain of a Donald Trump presidency, thousands of them finding themselves with no job prospects.

The Politico article headlined “Obama and Clinton loyalists grapple with Trump recession” details the story of Democratic party diehards discussing what life is like when there’s great supply and less demand, and not just on Capitol Hill.

The Trump tornado is tearing up post-election planning around the Beltway. It?s not just that those 4,000 administration jobs are no longer available to Hillary for America alumni, or that failed Senate candidates like Russ Feingold and Katie McGinty won?t be able to hire their staff on the Hill. There are also the lobbying firms, trade associations and corporate government affairs offices that are pitching senior Obama aides? resumes into the round file while scrambling to hire operatives with Republican connections.

The Politico piece includes comment from a longtime Clinton aide looking for “any fit,” people in the know about the pivot in Washington and an idealist wondering, “How do I recalibrate my dreams?”

?It feels like there are just thousands of us trying to find a job, and there are no jobs,? Clinton aide Mira Patel said. She said it’s no longer about finding the ?perfect [job] fit” but that ?A lot of [them] are looking for any fit.”

Wave elections that wipe out job prospects for one party?s loyalists are an occupational hazard in Washington ? it happened to Republicans just eight years ago. But the shock of Trump?s win is what?s making it harder on everyone ? both those currently (or about to be) unemployed and potential employers.

RELATED: Nancy Pelosi threatened by someone within her own ranks for her position of leadership

?Clients are all pivoting, and they?re all frankly trying to figure it out, just like we all are right now,? he said. ?My prediction is that there certainly will be a more robust demand for folks who are from the Republican side of the aisle, and especially [those] close to folks who are now being selected for key positions.”

?People are in shock,? she said. ?I think people, myself included, are trying to figure out, ?How do I recalibrate my dreams???

There’s also the issue of packaging and marketing skills in light of the election results.

Kessler-Dellaccio said that she ?quite literally stripped out all of the Hillary stuff? from her résumé and that she knows others have scrubbed their LinkedIn profiles of Clinton connections because of the emphasis on Republican ties.

?I have friends who even on LinkedIn have removed any Democratic Party alignment, because they?re afraid if employers see too much Hillary stuff, they?re not going to get a job,” she said.

Russ Finkelstein also said jobless progressive staffers seeking career advice at his organization Clearly Next are worried that they’ll be judged for losing.

?There?s anger, there?s frustration, there?s anxiety, there?s burnout,? he said. “Some of them are thinking, ?Oh, am I going to be judged for having lost??