Former President Barack Obama and the Bidens joined Prince Harry in a surprise appearance at the Invictus Games to cheer on the warrior athletes.

On Friday, Harry sat in the front row with Obama, former Vice President Joe Biden, and Dr. Jill Biden as they watched teams compete in the France vs. USA wheelchair basketball tournament in Toronto. 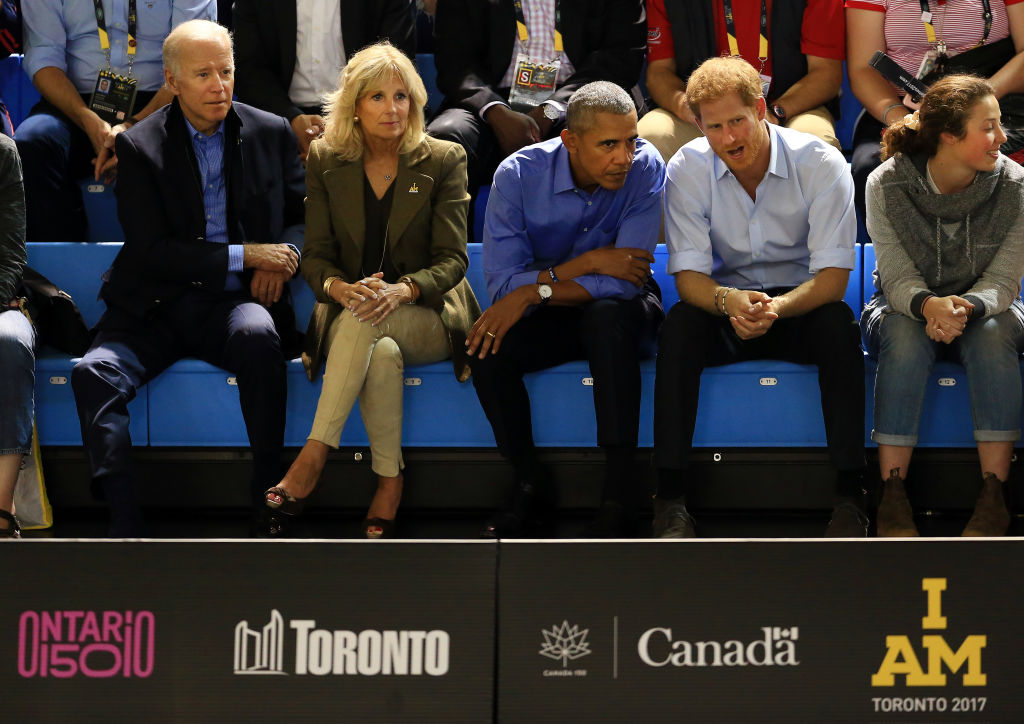 Before the game began, Harry and Obama posed and smiled for photos alongside Team USA.

Prince Harry founded the Invictus Games in 2014 as an athletic tournament for wounded veterans around the world.

RELATED: Prince Harry welcomed Barack Obama to Kensington Palace to discuss issues that are important to them both

The Obamas and the Bidens have supported the Invictus Games in the past with Michelle Obama even helping to open the 2016 games in Orlando, Florida.

This year, more than 500 athletes from 17 countries are participating in 12 sports, including basketball, indoor rowing and rugby.

During their visit to the tournament this year, Obama and the British prince chatted it up and even shared a few laughs as they surveyed the match.

A tweet posted by Kensington Palace gave a behind the scenes look at the excitement created by Obama and the Bidens joining Prince Harry at the game. The video shows the crowd behind the group eagerly trying to get an up-close look and snap photos.

— The Duke and Duchess of Cambridge (@KensingtonRoyal) September 29, 2017

Obama followed up his visit to the games with his own social media post as he tweeted out praise and support for Team USA, writing in the tweet, “Proud to cheer on Team USA at the Invictus Games today with my friend Joe. You represent the best of our country.”

Proud to cheer on Team USA at the Invictus Games today with my friend Joe. You represent the best of our country. pic.twitter.com/WBzcltmgqj 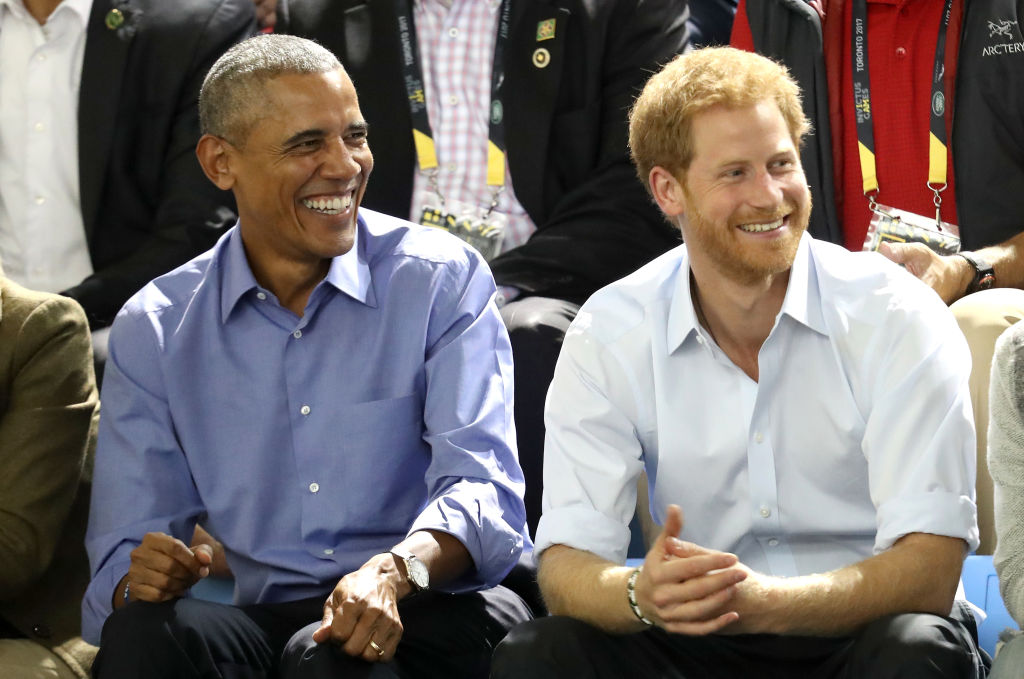