Obama said the U.S. wouldn’t abandon Bergdahl, who has since pleaded guilty to desertion 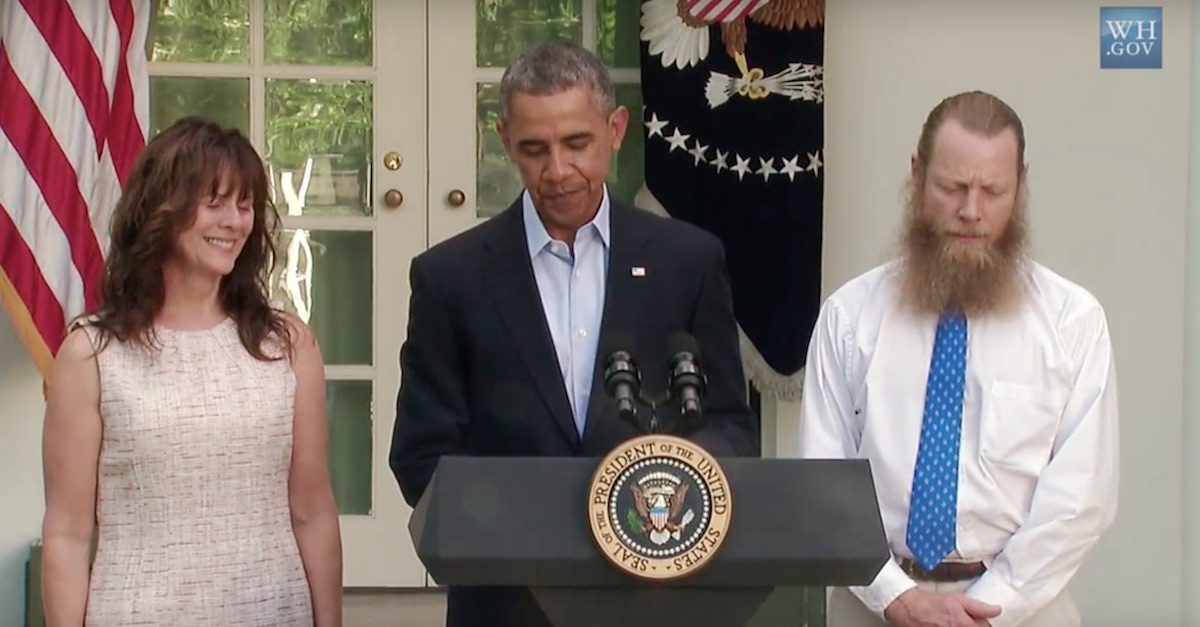 Army Sgt. Bowe Bergdahl, who was controversially freed by the Taliban in 2014 in exchange for the Obama Administration releasing five Guantanamo Bay prisoners, pleaded guilty Monday to desertion and misbehavior before the enemy.

The news brings us back to the day when then-President Barack Obama, flanked by Bergdahl’s parents, announced from the White House that “The United States does not ever leave our men and women in uniform behind,” even as accusations that Bergdahl had deserted swirled.

At the time, one Democratic lawmaker praised the move, calling Bergdahl an “American hero.”

Today we’ve learned that a military prosecutor made no agreement to limit punishment for Army Sgt. Bowe Bergdahl in return for the soldier’s guilty pleas to charges that he endangered comrades by walking off his post in Afghanistan in 2009.

Bergdahl was asked questions to make sure he understands what he’s pleading guilty to, and that his offenses carry a maximum punishment of life in prison. The judge asked him one last time if he wanted to plead guilty, and Bergdahl replied, “yes.”

“I left my observation post on my own,” he added. “I understand leaving was against the law.”