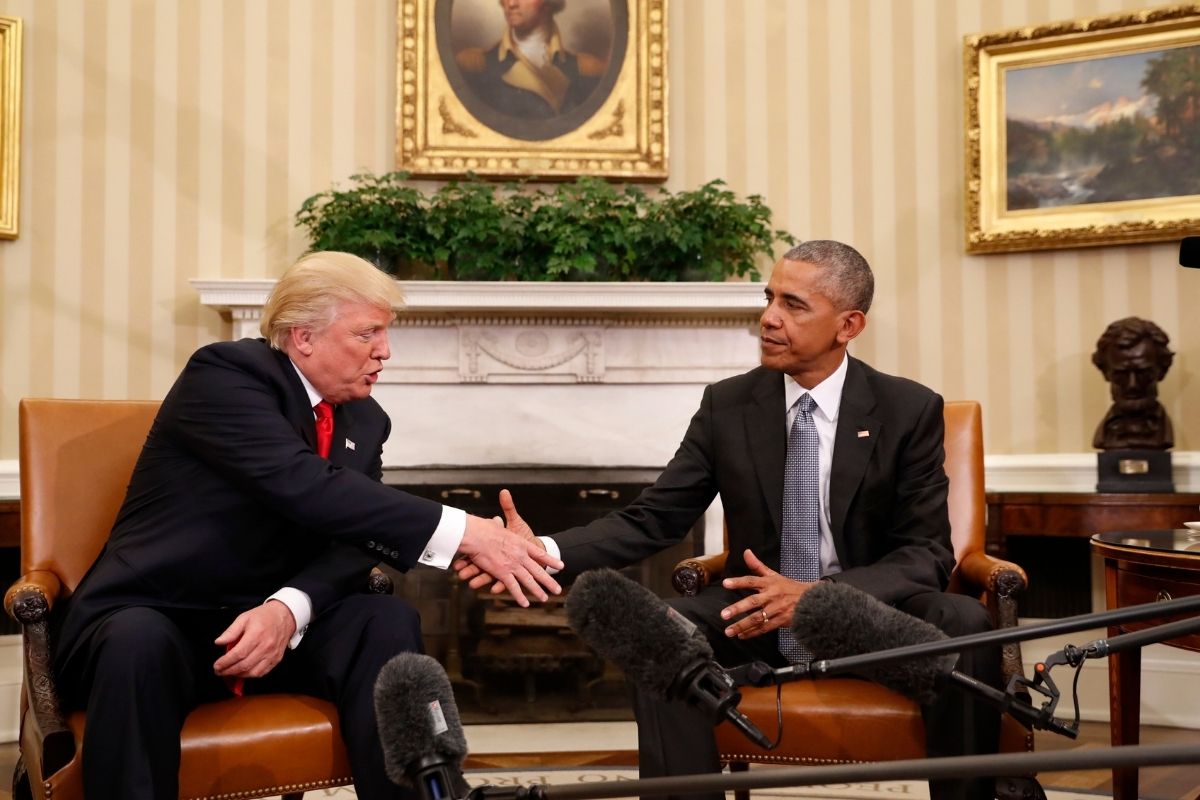 The forthcoming book Battle for the Soul: Inside the Democrats’ Campaigns to Defeat Trump offers a glimpse at former president Barack Obama’s real opinions on former president Donald Trump. The book, written by the Atlantic staff writer Edward-Isaac Dovere, examines how exactly the Democratic Party came to defeat Donald Trump in 2020… including some juicy tidbits about how Obama went OFF on his Republican successor.

Dovere’s new book is not released from Penguin Random House until next week. But a preview published in The Guardian is already generating buzz. Reportedly, the book claims Obama called Trump a “madman,? a ?racist, sexist pig,? ?that f***ing lunatic,? and one ?corrupt motherf***er.? That last insult came after Obama learned that Trump talked to foreign leaders, including Russian president Vladimir Putin, with no aides present.

The excerpt included in The Guardian quotes Obama as saying:

” ‘He?s a madman… big donors looking to squeeze a reaction out of him in exchange for the big checks they were writing to his foundation… I didn?t think it would be this bad.’ Sometimes: ‘I didn?t think we?d have a racist, sexist pig.’ Depending on the outrage of the day ? a passing ?that fucking lunatic? with a shake of his head.?

Of course, Obama had many personal bones to pick Trump — even before he became the 45th president. When considering a primary run back in 2012, Trump perpetuated the (objectively racist) birther conspiracy, which alleged that Obama was not born in America.

Obama also had some harsh words for the Tea Party movement which preceded — and galvanized — Trump’s “MAGA” presidency. According to Business Insider, Obama trashed the group at the Obama Foundation’s 2017 holiday party in Chicago. Some staff had questioned the former prez about whether it irked him to be labeled “anticapitalist” by Republicans — especially considering he bent over backwards to bail out big banks after entering the White House in 2008. In response, Obama “gave a long, reasoned answer” then added “As for the Tea Party, Obama said, well, they were ‘racist motherf—ers.'”

Looking back, it’s hard to believe that the Tea Party was once a fringe faction of the GOP; their inflammatory, racialized rhetoric used to make for some shocking, mid-aughts headlines. Now it’s the base level POV for an entire American political party. Though, as Battle for the Soul points out, the election of Obama’s own vice president Joe Biden signals a changing of the tides. And reflects some serious strategizing on the part of Democrats.