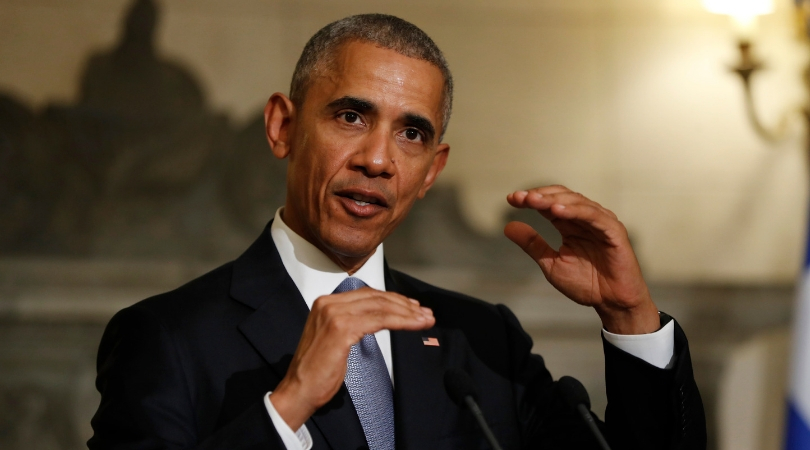 It looks like the majority of Democrat voters are really really big fans of President Barack Obama. So much so, that according to a survey from Monmouth University, he was a better president than George Washington himself! Yes, shots fired, bye George.

According to Monmouth, the survey was conducted from December 4 to the 8th, and involved in asking more than 900 respondents to answer: “Who was a better president: George Washington or Obama?” What a fun question, let the madness begin.

So, among all American registered voters, 58 percent named Washington as the better president, compared to 33 percent who picked Obama. However, most Democratic voters picked President Trump’s predecessor over the Founding Father himself. The university stated the survey question was inspired by a recent Economist/YouGov Poll that also asks respondents to compare President Trump to several Republican presidents who have served before him.

NATIONAL POLL: Who was a better president?

Participants were asked to pick between Trump and Abraham Lincoln, where 53 percent of Republicans surveys named President Trump as the better of the two. In regards to their findings, Patrick Murray, Director of Monmouth University Polling Institute stated, “There is a combination of factors at work when you ask a question like this. Democrats may be more likely than Republicans to be influenced by recency bias, valuing what they are familiar with over historical opinion.”

As far as Republican voters, they gave Washington a slight edge with a total of 44 percent, saying he was a better than President Trump who was at 37 percent. But, in total, Washington got a whopping 71 percent, while Donald Trump received a 15 percent, which kind of makes you think how different things would be if Washington was still alive.

So, is this totally true? Maybe, maybe not, who knows. But hey, polls don’t lie. Are you team Washington, Obama, or Trump?