Jolene Jackinsky got the surprise of a lifetime when she spotted former President Barack Obama at an airport in Alaska, and instead of ignoring her, he spent time with her and her 6-month-old daughter, Giselle, and even took selfies with them.

Jackinsky was at the Anchorage International Airport on Monday when she ended up in a waiting area for private flights. She saw a man sitting there that she thought looked like Obama, but as she got closer, she realized it really was the former president.

“As I got closer, I thought: Oh my God, it is Obama,” she said during an interview with the Associated Press. 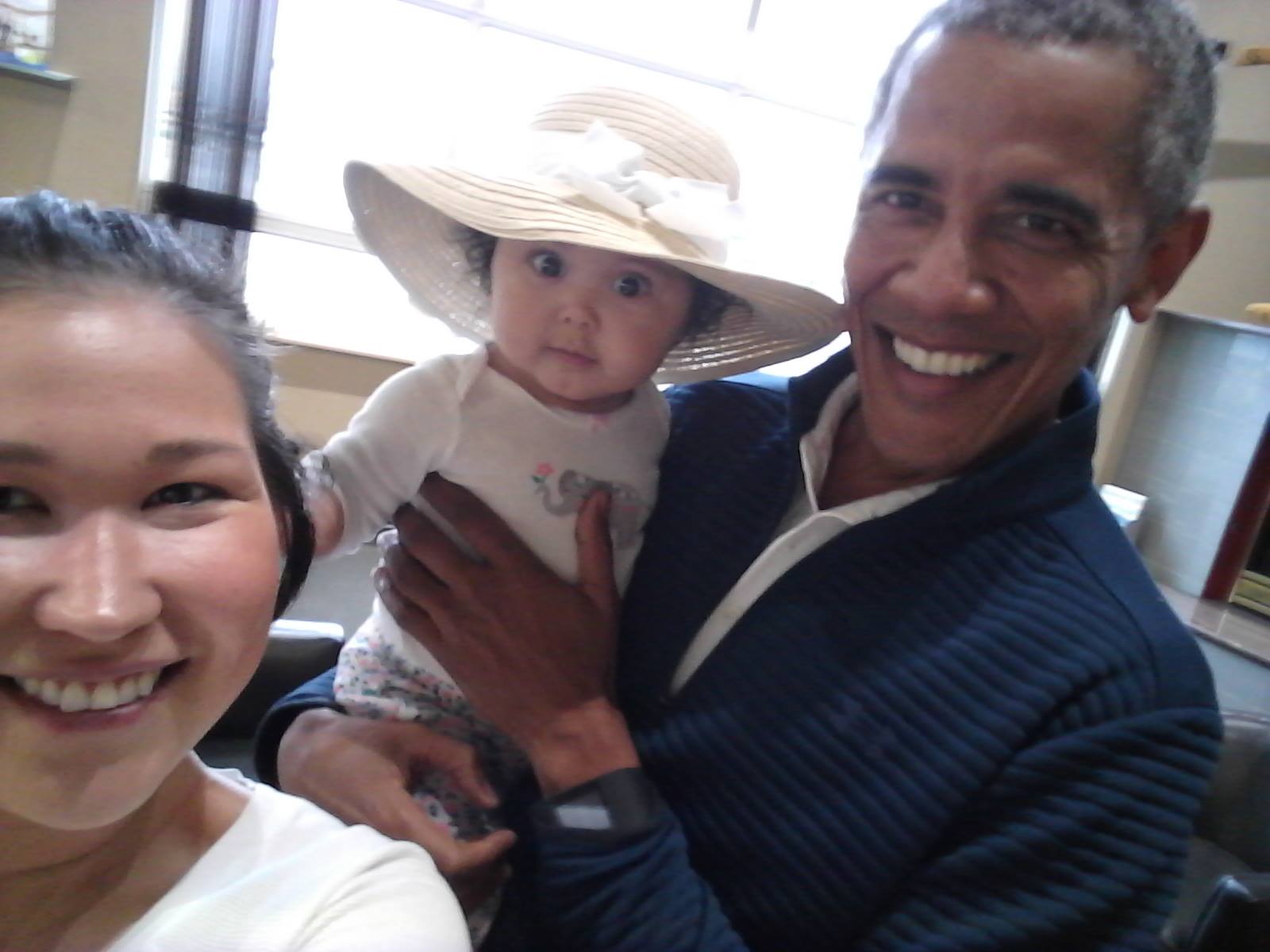 Obama walked up to Jackinsky and her daughter and asked, “Who is this pretty girl?”

The Alaska mom said that the two talked about how fast children grow up while Obama carried Giselle. The former world leader also posed for a few photos with the mom and daughter and told her that he was on his way back from vacation. 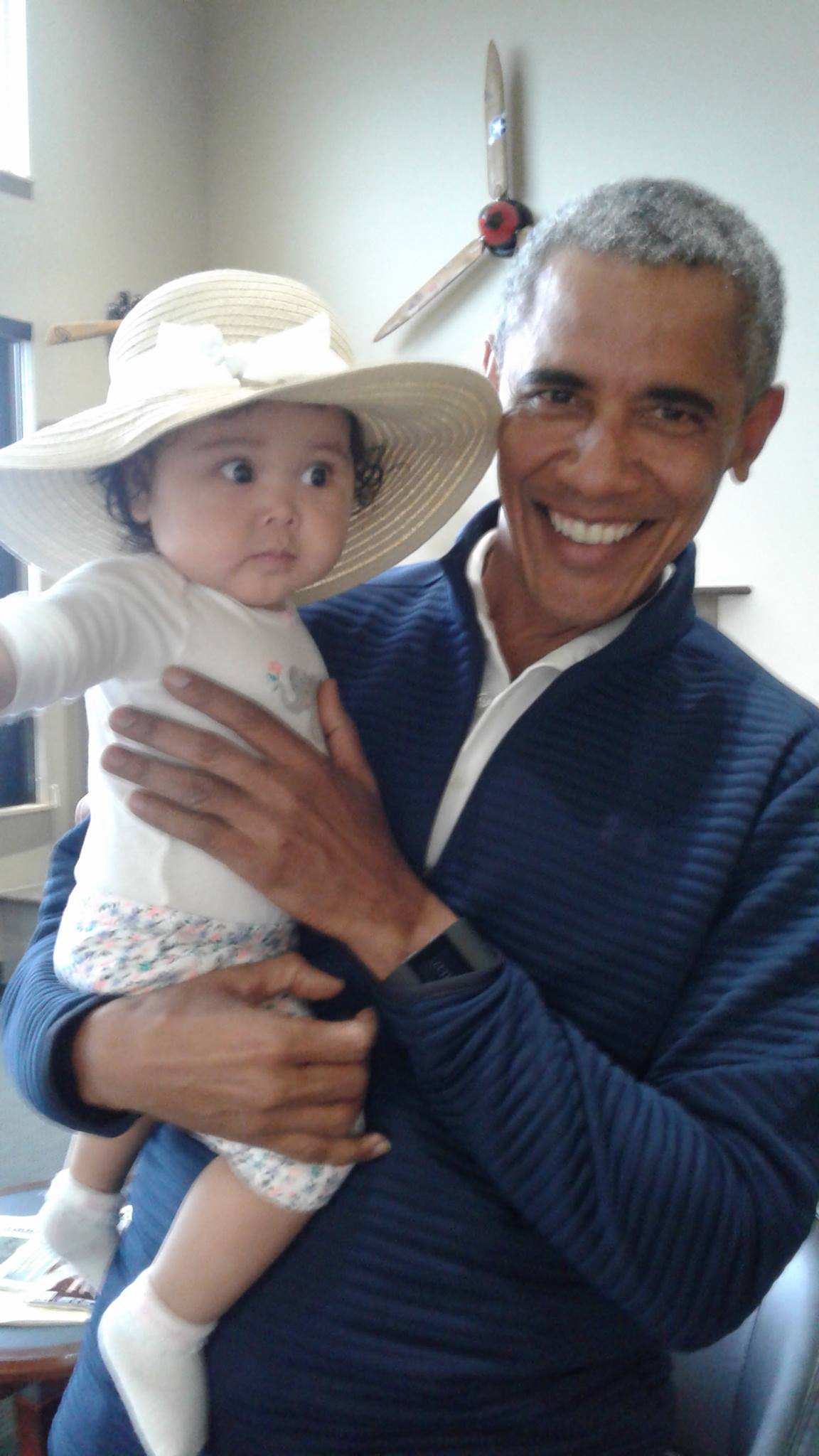 “I think it’s unreal and pretty exciting that I get to have a picture with him and my baby,” Jackinsky said. “Not a lot of people get to meet him.” 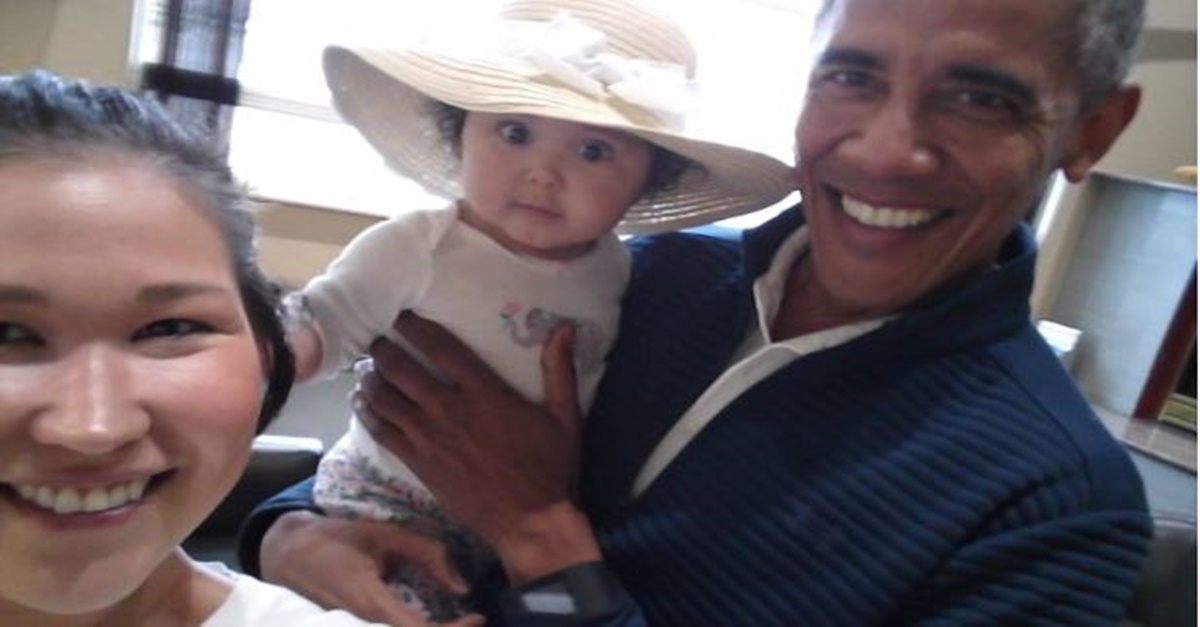